The airline now operating as HK Express evolved out of Hong Kong Express Airways, an airline formed in 2004. In 2013 it was decided to re-invent the airline (a member of the Hainan Airlines Group) as a genuine low-cost carrier, and HK Express-branded operations began at the end of October 2013, with flights to five destinations (Chiang Mai, Kota Kinabalu, Kunming, Phuket and Taichung) using a fleet of five A320s. Since then, the airline’s fleet has doubled to 10 174-seat A320s and the network now encompasses around 20 destinations. Since the beginning of the year the airline has added new routes to Huangshan in China, Da Nang in Vietnam and this week, Wuxi in China. Further new routes to Jeju in South Korea (starting 27 June) and Siem Reap in Cambodia (starting 1 October) have already been announced for 2015. 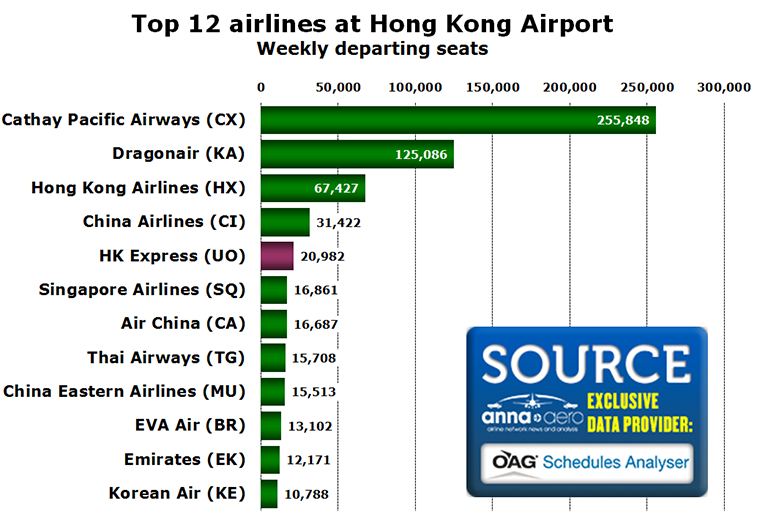 According to the airline’s own press release, HK Express carried 1.26 million passengers in 2014, up 127% compared with the previous year. By the end of 2018, HK Express hopes to have as many as 30 aircraft. One of the biggest issues regarding growth is runway capacity at Hong Kong, with the airline publicly supporting plans for a third runway at the airport.

Five of the top 10 routes are to Japan

At a route level, Japanese destinations feature prominently in the airline’s network. Of the nine routes that are currently served with daily flights, five are in Japan, with both Tokyo airports being served as well as Fukuoka, Nagoya and Osaka Kansai. 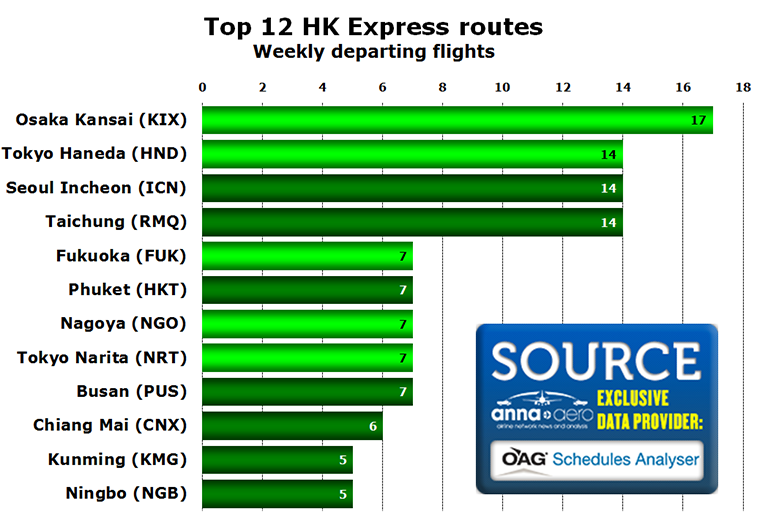 Closer analysis of OAG schedule data reveals that on only one of the airline’s 16 destinations (Huangshan in China) does it not face competition from at least one other carrier. On seven routes, HK Express is in competition with at least three other carriers, while the Seoul Incheon route is served by a staggering nine other carriers. 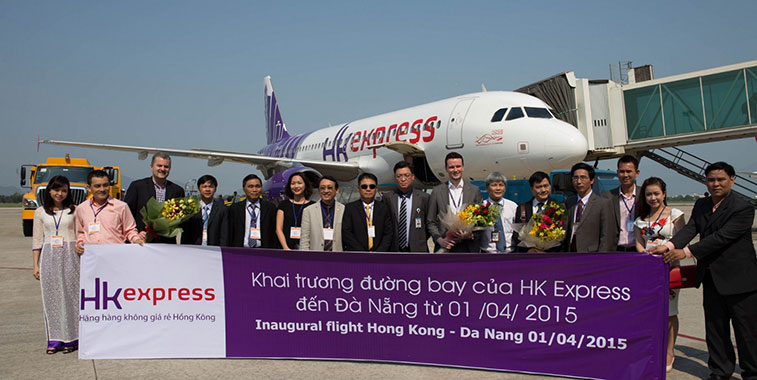 On 1 April HK Express launched its first route to Vietnam, with the introduction of thrice-weekly flights to Da Nang. The 919-kilometre route is the airline’s second shortest, beaten only by its twice-daily service to Taichung in Taiwan, which is only 694 kilometres from Hong Kong.