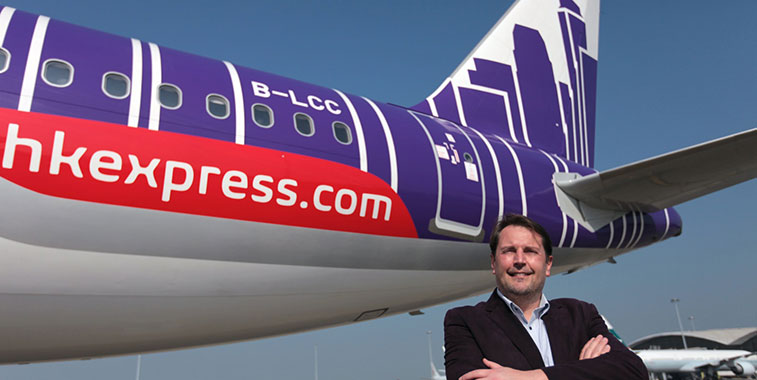 Andrew Cowen was recently promoted from Deputy CEO of HK Express to CEO. The airline re-launched itself as an LCC back in October 2013 and has since carried some two million passengers. Andrew previously held senior management positions at LCCs in Europe (Go) and the Middle East (Sama).

While attending Routes Asia in Kunming recently anna.aero’s Chief Analyst Ralph Anker caught up with Andrew Cowen, who last week was promoted to CEO of HK Express. Ralph and Andrew both used to work for Go, the London Stansted-based LCC that was set-up by British Airways, before ultimately being bought by easyJet in 2002. HK Express was re-launched as an LCC in late 2013 and is now Hong Kong’s self-proclaimed ‘one-and-only dedicated low fare airline’.

anna.aero: What have been the biggest challenges in creating a low-cost airline out of an existing airline?

Andrew Cowen: “The combination of restructuring an existing, functioning operation and establishing completely new commercial and support functions. So it has been a restructuring AND a start-up which is a unique experience for me!”

aa: How do you decide which markets to enter? How much of this is controlled by bilateral agreements?

AC: “Fortunately Hong Kong has relatively liberal air services agreements, indeed open skies with many countries, so that removes the bilateral constraint. Therefore our route selection is based on where Hong Kong people want to travel (we survey extensively), which routes have high fare, full service airline competition primarily/only, what can we operate at low cost and less ideally, those destinations that fit the available Hong Kong slot times.”

aa: Which airlines (if any) have responded most aggressively to your entry into their markets?

AC: “I wouldn’t single any one airline out. There are at least 17 airlines calling themselves LCCs operating to Hong Kong and most of the world’s full service airlines. So it is a very competitive market all round.”

aa: Where do you see HK Express in five years’ time? How quickly do you hope to grow? Might you set up a base outside of Hong Kong?

AC: “Subject to slots, we would like to have a fleet of at least 40-50 aircraft operating to around 80-100 destinations. As we have already moved into profitability with around two million guests carried in less than 18 months (Q1, 2015), we are very clear the market opportunity is there. We just need a solution to the slots problem ahead of Hong Kong’s third runway. This will determine whether we need to invest in bases outside Hong Kong.”

aa: You have been involved in managing LCCs in Europe (Go), the Middle East (Sama) and now Asia. What are the biggest differences in the three regions when it comes to successfully implementing the LCC business model?

AC: “There is no material business difference really other than some market differences, for example internet penetration. And of course significant cultural differences. It is often said to me ‘… an LCC may work in other markets Mr Cowen, but it won’t work in this country….’. This has always been entirely incorrect in my experience, although of course the LCC model does need flexing (in a limited and disciplined way) to adapt to different market conditions.”

aa: How much involvement does Hainan Airlines Group have in the strategic vision for the airline?

AC: “The same as any investor, albeit one that is very knowledgeable about airlines and in particular understands and is an early adopter of the LCC business model in Hong Kong and China. The HKE team developed the strategic vision for HKE and gained approval from all our shareholders including those from HNA Group. Thereafter, it has simply been a matter of execution. HNA Group has various investments in a wide number of airlines. So its focus working with any other shareholders, is very much on establishing the right management team at each airline to take the business forward, and then enabling them to get on with it – subject to the usual business plan targets and so on.”

aa: What’s the best thing about living and working in Hong Kong?

AC: “Great, talented people, great food, working on, in my opinion, one of the biggest LCC opportunities available, and the chance to learn about and access the Chinese market, clearly heading to be the leading aviation market of the future!” 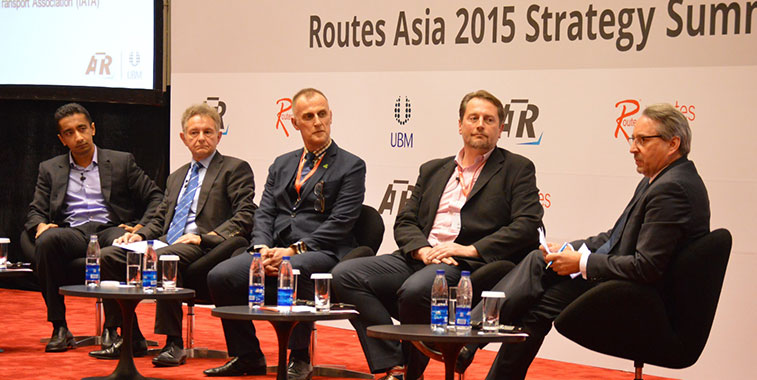 Andrew Cowen recently took part in a panel discussion on ‘The Expansion of LCCs in China and North Asia’ during the Routes Asia Strategy Summit in Kunming. Fellow panellists included representatives from rival LCCs AirAsia Group and Spring Airlines, as well as IATA and AAPA.