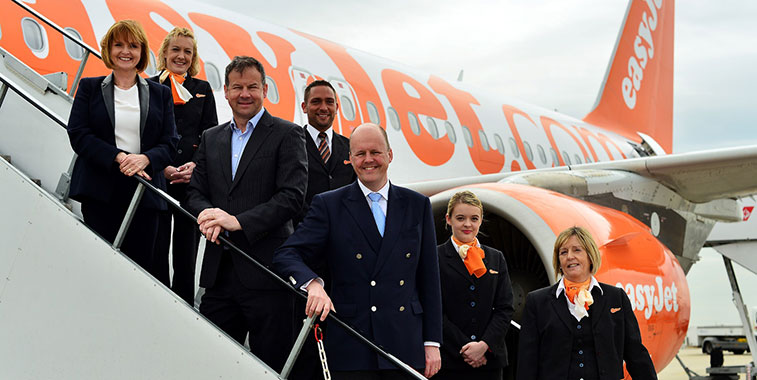 easyJet now flies every Wednesday, Friday and Sunday between Bristol and Porto Cutting the cake from Porto’s marketing team were: Paula Barbosa and Márcia Canêdo.