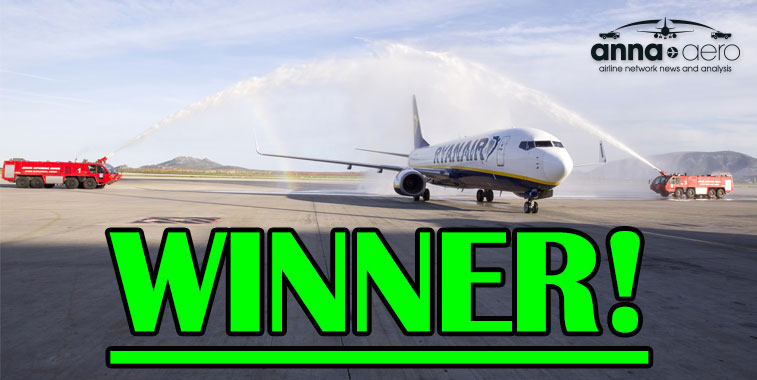 With 33% of all votes cast, Athens won its first ever ‘Arch of Triumph’ award, courtesy of this FTWA which was carefully crafted by the airport’s firefighters to celebrate the start of Ryanair’s new flights to Bratislava, Budapest and Santorini. The Greek hub saw off a fierce challenge from Malta – which was only 3% behind with 30% of all votes in Part II of the S15 public vote. 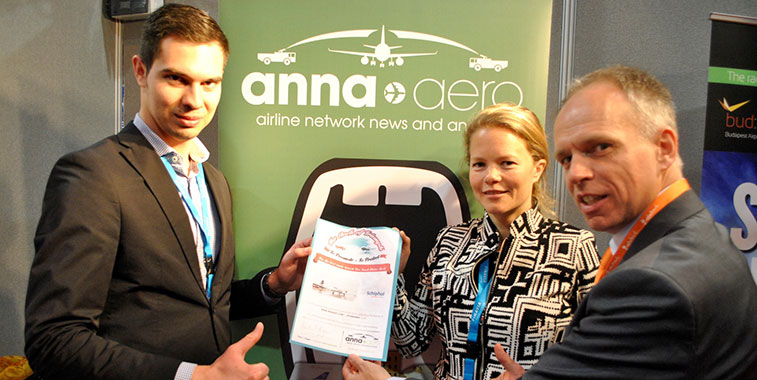 anna.aero’s Vlad Cristescu handed over the ‘Arch of Triumph’ certificate to Amsterdam Airport’s Hanne Buis, Head of Aviation Marketing and Marcel Lekkerkerk, Director Aviation Marketing at the recent Routes Europe conference in Aberdeen. The award was for winning the S15 Public Vote Part I for Adria Airways’ arrival at Amsterdam from Lodz on 29 March.

After two weeks off due to the public votes heralding the start of the S15 (northern hemisphere) season, our judges were keen to get back to what they know best – scoring some of the finest (and not so fine) FTWAs that the world’s airports have to offer. However, while the judges were sunning themselves on Necker Island courtesy of Richard Branson, there has been a sea change in the inter-regional competition, with Europe leaping from bottom spot with just one win in 2015, to now sitting pretty at the top of the leader board (with 36% of all wins), forcing previous #1 North America (with 27%) down into second. At the fourth attempt since the competition began in 2013, Amsterdam secured its first ‘Arch of Triumph’ victory in the Part I of the public vote. Athens which had previously only entered once before last June, secured its first ever win in Part II last week, having also produced two FTWAs in the same week. Keep monitoring!! 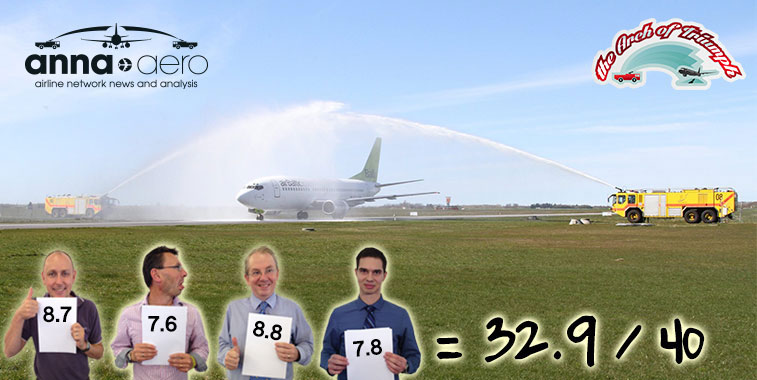 Like marauding Vikings this Danish FTWA destroyed the competition this week…

Judge’s Comments: The firefighters of Aalborg Airport have acted like their forefathers the Vikings in storming into leaders of the 2015 ‘Arch of Triumph’ competition – securing second place overall. Despite having bigger airport neighbours (Billund and Copenhagen), the win represents the first time that a Danish airport has won this prestigious award. No doubt the certificate on the wall of the Aalborg fire station will ensure bragging rights amongst Danish airport firefighters for some time. 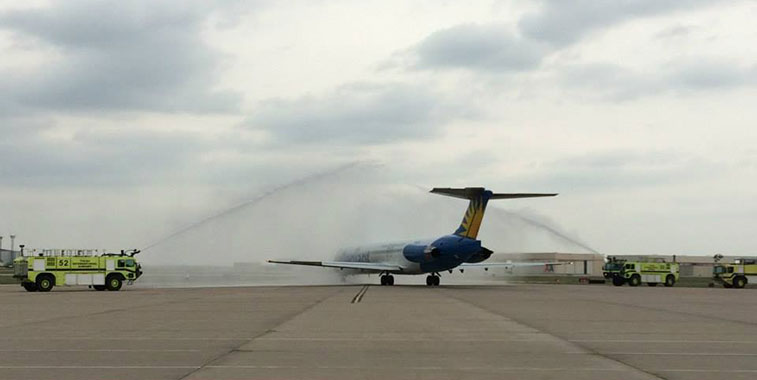 24 hours away from being a good FTWA??

Judge’s Comments: Gene Pitney was famously just a day away from seeing his lover in Tulsa, when stopping on the way home he met and fell in love with another woman. What has this to do with FTWAs? Not a lot. But it was the first thing that sprung into the collective minds of anna.aero’s judges when we saw where this FTWA was from. It also shows that we are (mainly) of a certain age… 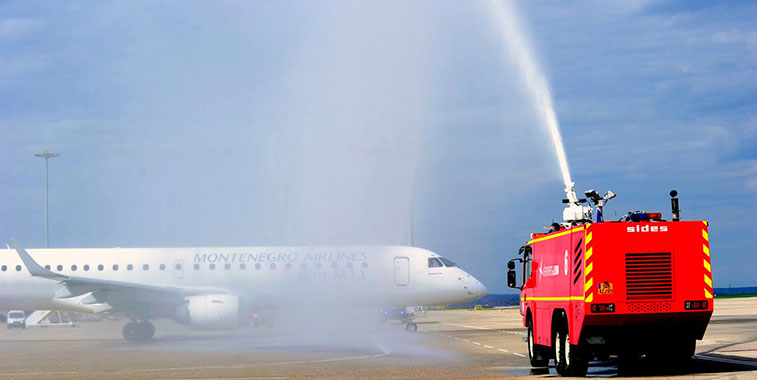 Side on pictures of FTWAs never work…

Judge’s Comments: Lesson 1 in the ‘Fundamentals of FTWAing’ course (and associated book) covers the positioning of the photographer. Clearly the good people at Lyon are yet to buy this essential textbook, which should adorn a shelf in every airport marketing department the world over. 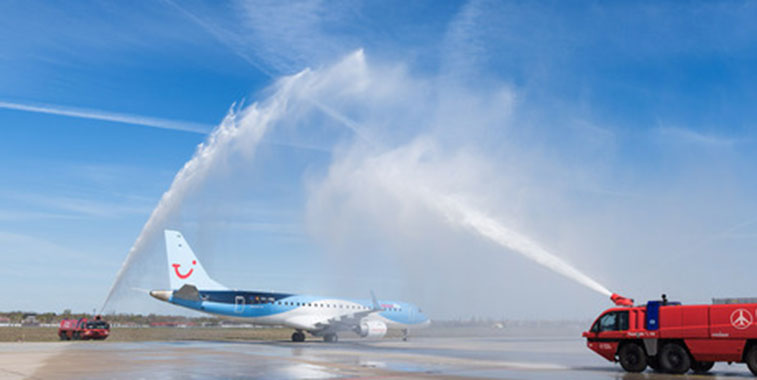 The skies and the Jetairfly livery in perfect harmony… 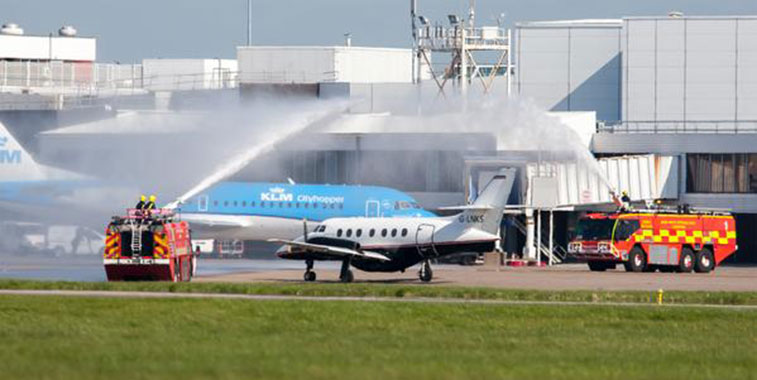 Not often that new domestic services get the FTWA treatment…

Judge’s Comments: Normally the full weight (quite substantial given all those free lunches) of the airport marketing department is reserved for more glamorous international new routes – particularly in Europe. So it was surprising to see an FTWA which was crafted for the start of LinksAir’s new Angelsey-Cardiff-Norwich route. However, despite it being just a Jetstream 31 (wingspan less than 16m) on the inaugural flight, the FTWA did not meet in the middle. Hmmmm.