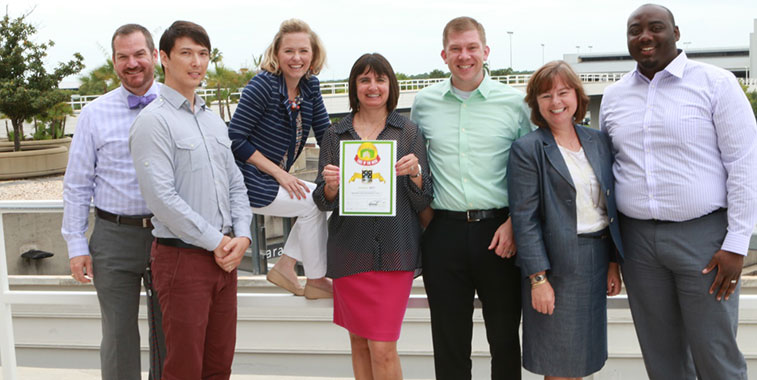 With nearly 4,200 votes cast, it was a close-run thing, but Tampa Airport in the US saw off a fierce challenge from New Zealand’s Wellington Airport to win Part I of anna.aero’s legendary Cake of the Week public vote. Celebrating the award for Spirit Airlines’ new service from Houston Intercontinental launched on 26 March is the Floridian airport’s marketing team. 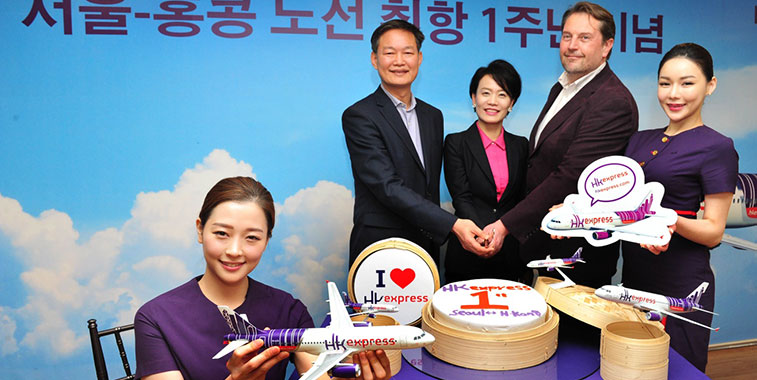 On 10 April, HK Express celebrated the first anniversary of the airline’s operations to Seoul Incheon. Senior executives from Korea National Tourism Organization and HK Express honoured the celebration at a special cake ceremony. Since its inaugural flight on 30 March last year, HK Express has carried over 200,000 passengers and has operated over 750 flights between Hong Kong and Incheon. Commenting on the milestone, Andrew Cowen, CEO, HK Express, said: “We would like to thank all Korean and Hong Kong guests for supporting us in our first year of operations. As Hong Kong’s one-and-only low-cost airline, we are committed to providing safe, efficient, and affordable travel throughout Asia. Seoul Incheon, our first Korean destination, has proved to be a big hit with passengers and is expected to continue to be one of travellers’ favourites.” 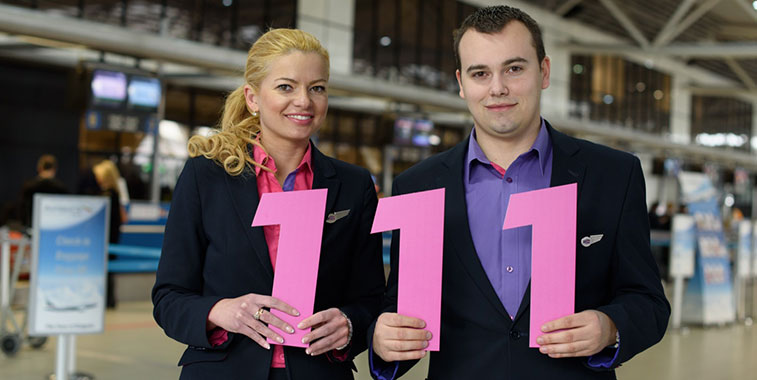 On 16 April, Wizz Air announced six new routes, a fourth aircraft to be based at Vilnius Airport from 14 September as well as its 111th airport in the network. From June the Hungarian ULCC will launch a new Gdansk service to Reykjavik/Keflavik in Iceland, marking a new airport and country on its map. Three new Vilnius services to Glasgow in the UK, Memmingen in Germany and Kiev Zhuliany in Ukraine will commence in September followed by two Warsaw Chopin routes to Basel and Geneva starting at the end of October. On 11 April, Pristina Airport welcomed with a cake and a water arch salute the restart of Norwegian’s seasonal flights from Oslo Gardermoen. Flown weekly, this service will witness a frequency increase to thrice-weekly during the peak summer period. On 2 April, Brussels Airport celebrated with the traditional water arch salute and a cake cutting ceremony in the terminal the launch of Ryanair’s four weekly flights to Verona. Nice to see Shakespeare’s Romeo and Juliet being the inspiration for a cake! 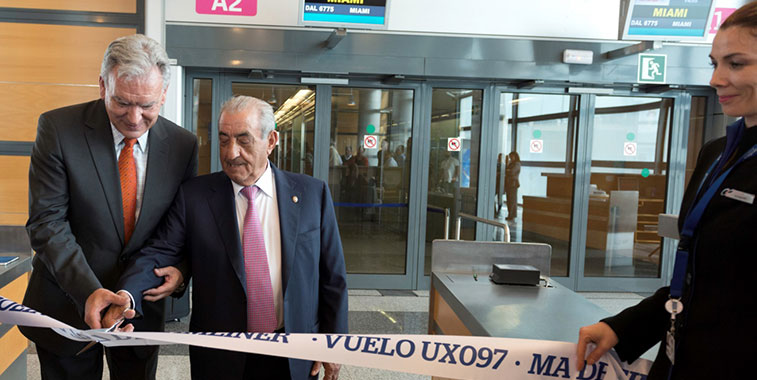 On 16 April, Air Europa launched its first 787-8 service, which will operate between Madrid and Miami. This sector is currently operated five times weekly; however, it will become daily as of July. Commenting on the launch, Colin Stewart, UK GM, Air Europa, highlighted: “The introduction of the 787-8 on our Miami route is just the start for us, our investment of over $3.5 billion is a real game changer allowing us to deliver the very best product in the sky while continuing to offer exceptional customer service and support to our passengers. The future is looking very bright and I am excited to see what new destinations we will be able to offer our customers over the coming years.” 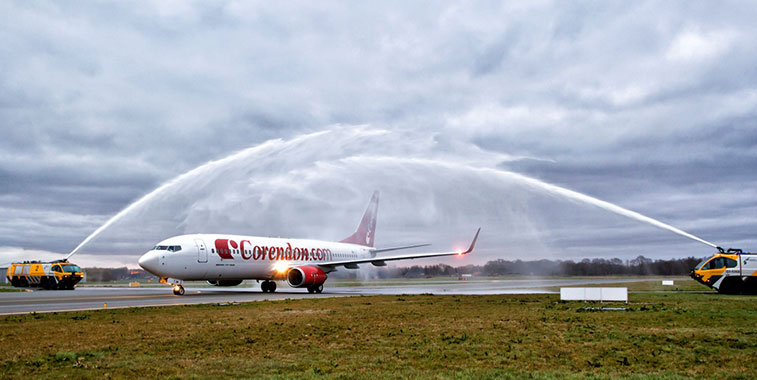 On 17 April, Groningen Airport greeted with a water arch salute the arrival of Corendon Airlines’ first seasonal operations from Bodrum in Turkey. On 9 April, Stuttgart Airport celebrated with a cake ceremony and the traditional water arch salute the arrival of Ryanair’s six weekly flights from Manchester, a sector that commenced on 2 April. 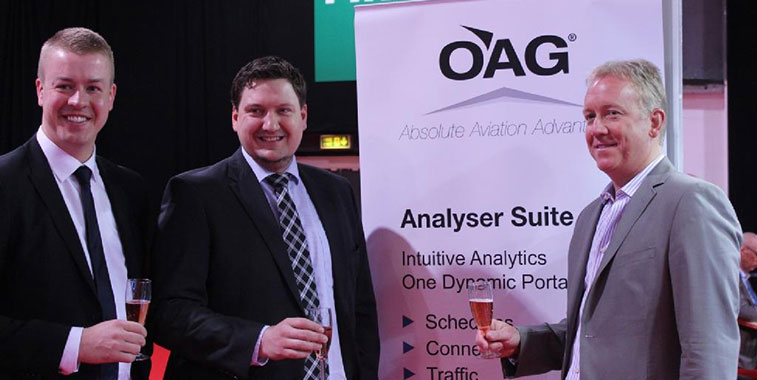 On 16 April, Birmingham–Shuttlesworth Airport celebrated with a cake the arrival of Silver Airways with flights to New Orleans (twice-daily) and Jacksonville (five times weekly), effective from June 2015. 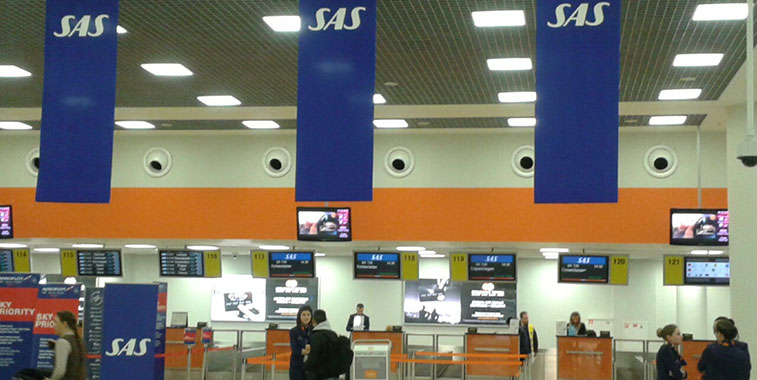 On 16 April, SAS changed terminal of operations and moved from Moscow Sheremetyevo Terminal D to Terminal E. The Star Alliance member is serving Sheremetyevo from Stockholm Arlanda and Copenhagen. On 20 April, Milan Malpensa Airport celebrated with a ribbon cutting in the presence of the Minister of Transport Graziano Delrio, the refurbishment of the gateway, 10 days ahead of EXPO 2015. This involved an architectural project implemented by Gregorio Caccia Dominioni and an investment of €30 million to give new impetus to the airport which represents the gateway to this year’s exposition. The new Malpensa presents itself as a cutting-edge and elegant structure in steel and glass, with Candoglia marble floors, the same marble used for the cathedral of Milan, and zinc-titanium exterior cladding.