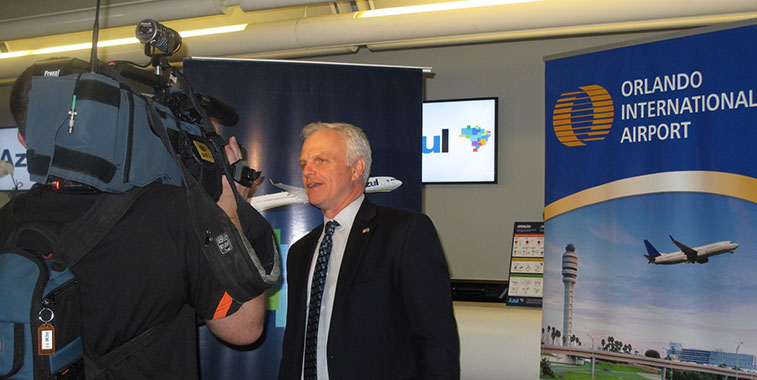 Brazilian-born David Neeleman, CEO of Azul Airlines (and founder of JetBlue) was on hand in Orlando last December as the carrier launched its first non-stop flights to the US. Capacity between Brazil and the US is up 5% this summer, though overall international capacity from Brazilian airports is basically unchanged compared with summer 2014.

Brazil’s domestic market grew by 6.6% in 2014, with the country’s airlines carrying 95.9 million passengers. GOL led the way with 35.7 million (+9.7%) extending its lead over TAM Airlines, which carried 32.2 million (+1.0%). Azul Airlines, following its merger with Trip was the fastest-growing of the four major airlines, seeing passenger numbers grow by 50% to 20.0 million. The final major player, Avianca Brasil grew 16.6% to 6.9 million. These four airlines accounted for 98.8% of all domestic passengers last year. The first two months of 2015 have seen passenger numbers grow by 4.5%, with Avianca Brasil the fastest-growing at +15.9%. 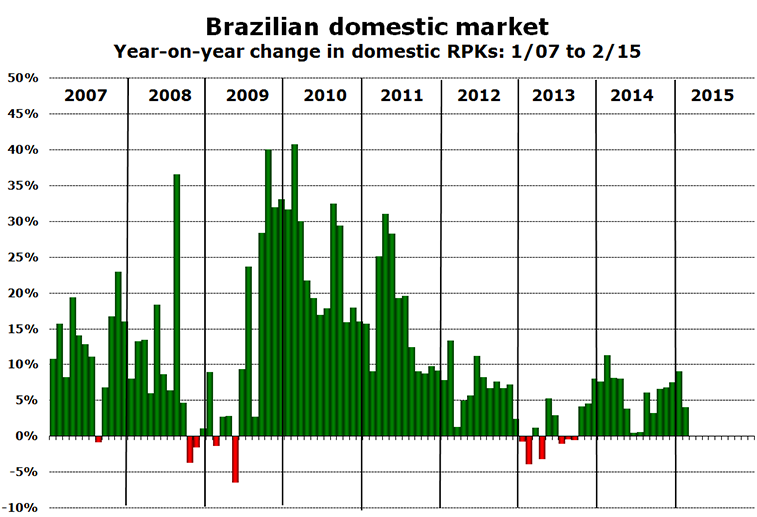 In terms of domestic RPKs (Revenue Passenger Kilometres) there is now little to choose between TAM and GOL. However, their combined market share of RPKs of under 73% in February 2015 is the lowest it has been since March 2012, when Webjet and Trip were both still operating in the domestic market. 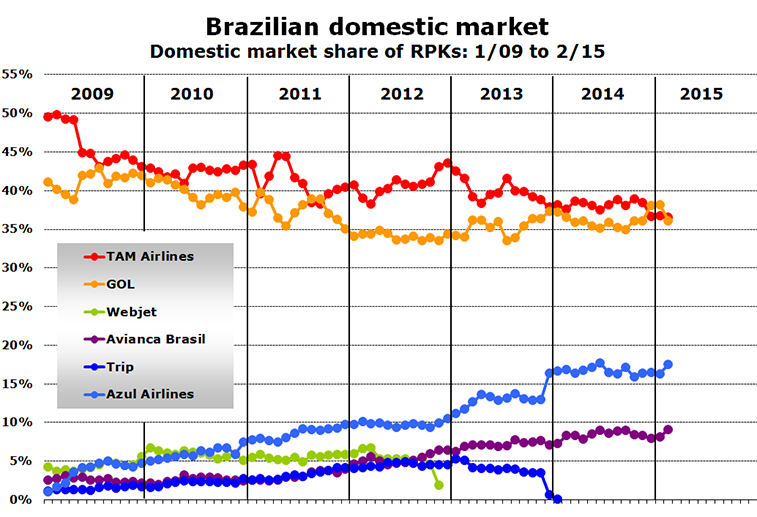 US and Chile capacity growing

Based on currently available schedule data for this summer, there appears to be no planned growth overall in seat capacity on international routes to and from Brazil. However, within the top 12 country markets there are winners and losers. The biggest country, the US, is expected to see capacity growth of around 5% this summer. Since last summer Azul has launched non-stop flights from Sao Paulo Viracopos to Florida (in December), while American Airlines has introduced daily flights from Miami to Viracopos (also in December). 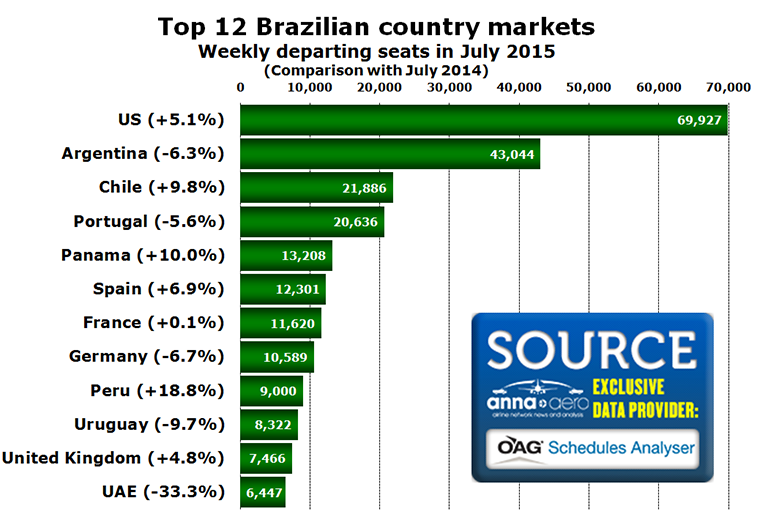 The second largest market, to Argentina, is on-track to experience a 6% reduction in seat capacity. Chile has overtaken Portugal as the third largest market, in part thanks to GOL launching new flights to Santiago at the beginning of July from Belo Horizonte, Brasilia, Porto Alegre and Rio de Janeiro.