On 22 April, Riga Airport celebrated with a cake the launch of Wizz Air’s twice-weekly (Wednesdays and Sundays) flights to Stavanger, which is considered to be the centre of the Norwegian’s oil industry (also known as the Oil Capital). Cutting the cake are: Liene Freivalde, Director of Aviation Services Department, Riga Airport; and Arina Smelova, Representative of Wizz Air. 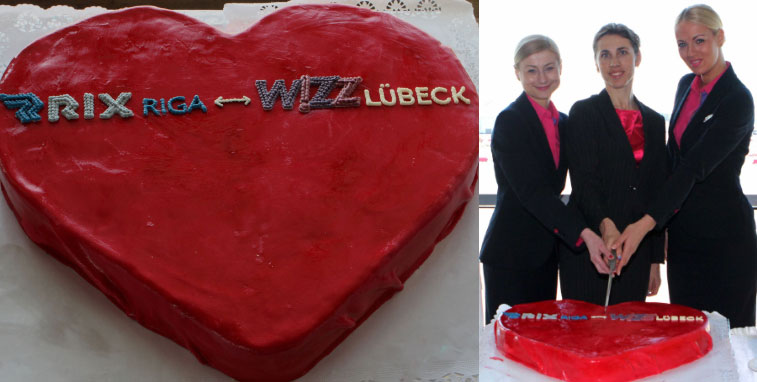 On 24 April, Liverpool Airport witnessed the launch of Wizz Air’s twice-weekly flights to Riga. Celebrations with passengers and airline staff took place ahead of the first departure, with airport staff presenting Wizz Air cabin crew with a special celebratory cake in the shape of a Wizz Air aircraft.