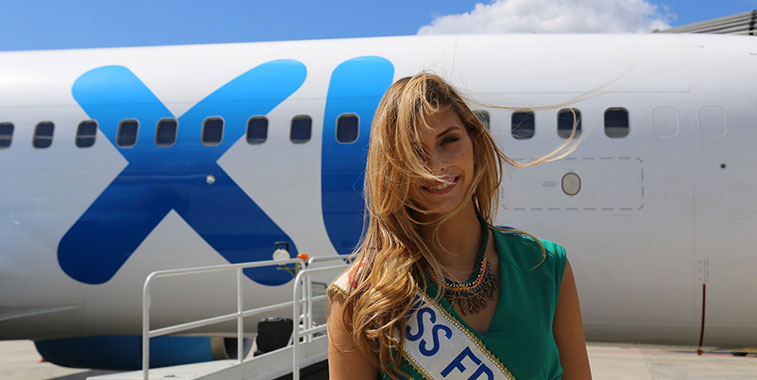 Eight new routes from Lille ‒ you beauty! Miss France 2015, Camille Cerf, was on hand in Lille to add a bit of glamour to the ramp in front of the XL Airways aircraft which is now based at the northern French regional airport. Five more new routes are being launched next week – Corfu, Malaga, Palma de Mallorca, Rhodes and Tenerife South.