On 28 April 2015, Doncaster Sheffield Airport staff celebrated a decade of commercial operations with a party (and a Thomson Airways 737) at the airport. There was also a special cake to commemorate the occasion. In 10 years the airport has handled around 8.4 million passengers and in the first quarter of 2015, traffic is up an impressive 30%.

On 28 April 2005, a Thomsonfly 737 operating to Palma de Mallorca became the first scheduled commercial service from the then new Doncaster Sheffield Airport, formerly known as RAF Finningley. During that first summer Thomsonfly operated to a total of 11 destinations, the others being Alicante, Dublin, Faro, Ibiza, Jersey, Malaga, Paris CDG, Pisa, Prague and Valencia. In the last eight months of 2005, just over 600,000 passengers used the airport. In the first full calendar year of operation (2006) almost 950,000 passengers passed through the terminal, with the one million mark being beaten in 2007. This remains the airport’s best ever year, as demand fell in five of the following six years, before picking up again in 2014, to 725,000. 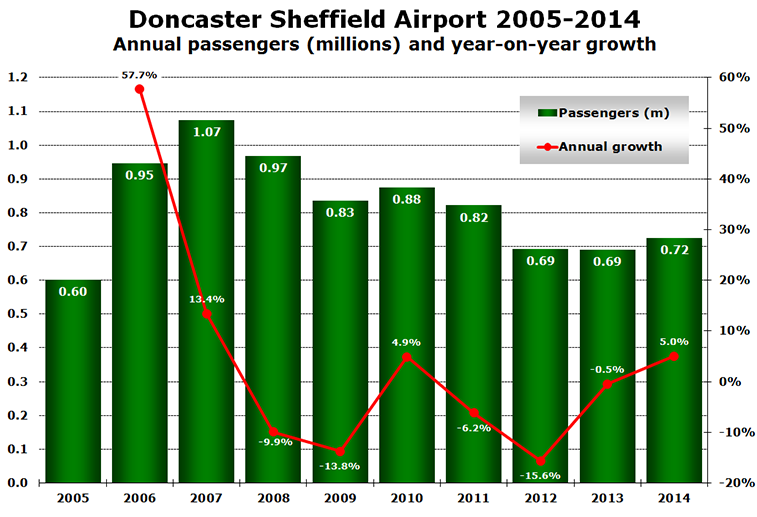 In total, Doncaster Sheffield Airport has processed some 8.4 million passengers in its first decade of existence. Demand is growing healthily again with double-digit increases in every month since last October, and in the first quarter of 2015, traffic is up an impressive 30%. In terms of seasonality the airport’s SVID score is a disappointing 16.47 (“poor”), with peak summer traffic August almost three times higher than in February. 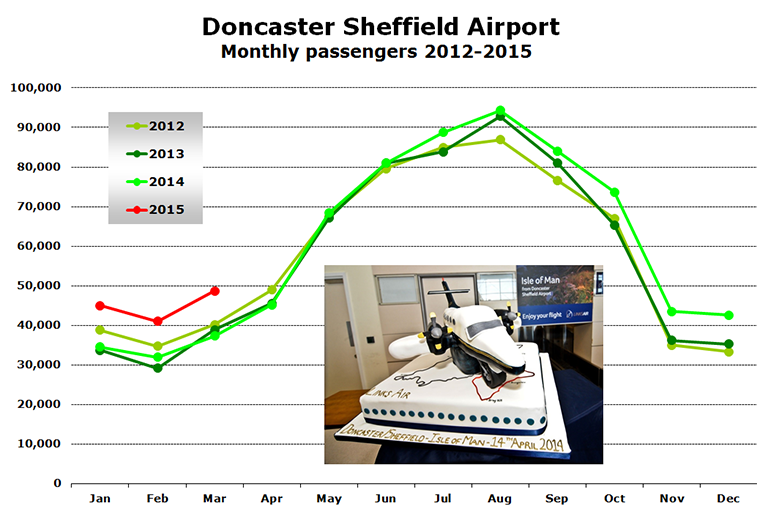 The airport’s current route network comprises a mix of leisure routes operated primarily by Thomson Airways and year-round central European services provided by Wizz Air. In the summer of 2013, Wizz Air flew to five Polish airports and Vilnius (in Lithuania) before adding Bucharest (Romania) and Riga (Latvia) last summer. In June it will add Kosice (Slovakia) and another Polish destination, Lublin, in September.

Another significant new route starting this summer is Aer Lingus Regional’s introduction of flights to Dublin, with the possibility of onward connections to the US. This route is expected to start at the end of May and will operate five times weekly. The link was previously flown in the summer of 2010.

Over the years, both easyJet and Ryanair have served the airport, though neither is currently present. easyJet operated five route (to Amsterdam, Barcelona, Faro, Palma de Mallorca and Prague) in 2010-2011, while Ryanair has served Doncaster Sheffield from its bases in Alicante, Dublin, Faro, Girona, Pisa and Tenerife South. 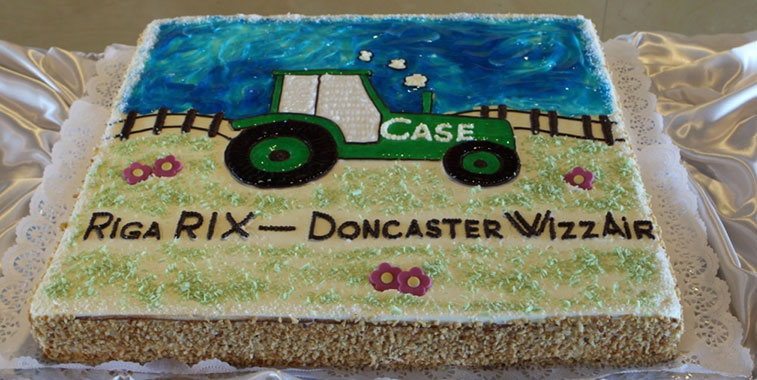 Last June, Wizz Air began non-stop flights between Riga and Doncaster Sheffield. This summer the service will operate thrice-weekly. By the end of 2015 Wizz Air will be operating a total of nine routes at the airport. Case IH tractors were built in Doncaster until 2000 and tractor production in the town came to an end after 61 years in 2007.