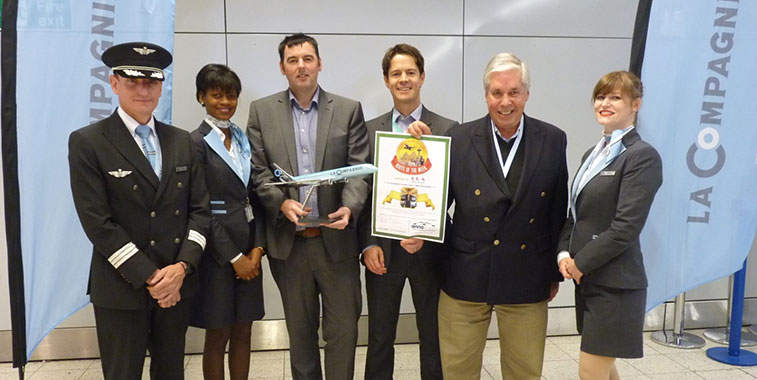 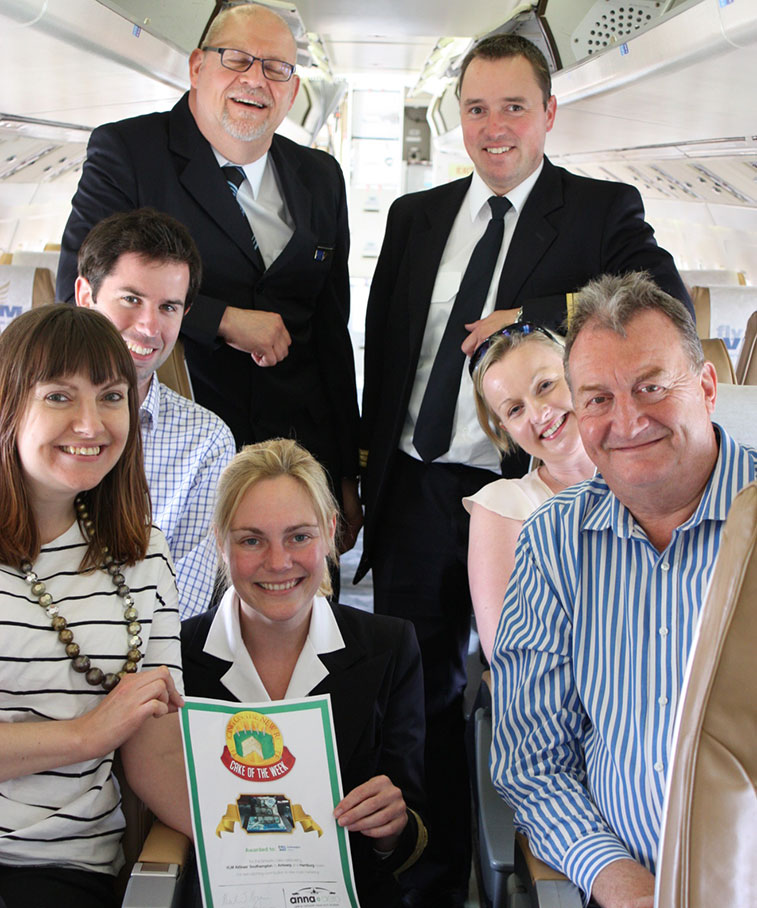 Celebrating the Cake of the Week award for VLM Airlines’ new routes to Antwerp and Hamburg on 23 April are Southampton Airport’s staff and VLM’s crew, including Louise Neville, PR and Communications Executive, as well as Paul Sturgess, Commercial Manager, both from Southampton Airport. On 5 May, Ohrid Airport, which is operated by TAV Macedonia, welcomed its first Dutch tourists arriving on a Corendon charter flight from Amsterdam. The airport is expected to be visited by around 20,000 Dutch visitors until October thanks to the arrival of 130 organised charter flights from the Netherlands. 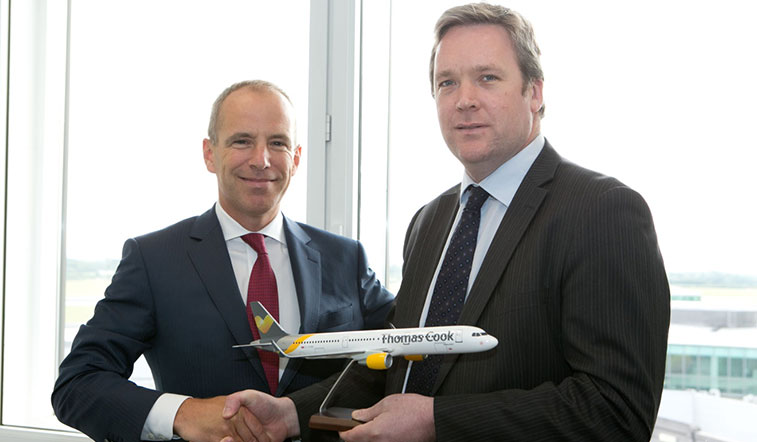 On 5 May, Thomas Cook Airlines, part of the Thomas Cook Group, confirmed its on-going commitment to Manchester, London Stansted and East Midlands airports through extension of its agreements for a further five years at each airport. To celebrate the commitment to Manchester, the airline also announced new routes with twice-weekly flights to both Los Angeles and Boston from May 2016 – the only routes to these iconic US cities from outside London. Celebrating the achievement are: Christoph Debus, Chief Airlines and Hotels Officer, Thomas Cook Group; and Ken O’Toole, MD, Manchester Airport. On 26 April, Transaero Airlines touched down at Malta Airport from Moscow Domodedovo Airport, where it was welcomed with a superb cake and the traditional water arch salute. The sector is served weekly by the carrier’s 737-500s. 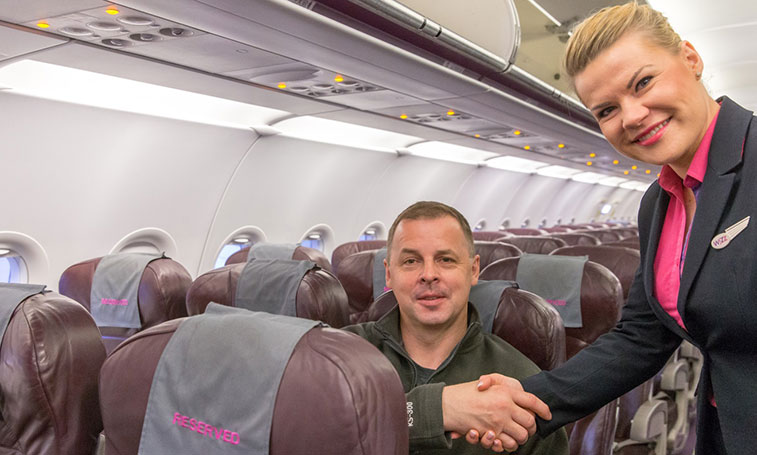 On 4 May, Wizz Air opened its first flight with seat allocation on three routes, namely from Katowice to London Luton, Budapest to Barcelona and Bucharest to Dortmund. Starting on 19 May, the allocated seating service will be rolled out on all the ULCC’s routes across 38 countries. Slawomir Koziel was the first ever Wizz Air passenger to enjoy allocated seating on 4 May, when boarding his Katowice flight to Luton. 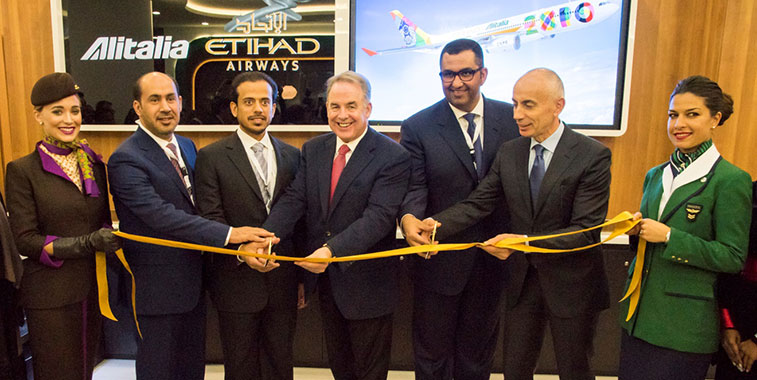 On 1 May, Alitalia and Etihad Airways celebrated the opening of their joint pavilion at Expo Milano 2015 with a ribbon-cutting ceremony, hosted by Silvano Cassano, CEO, Alitalia, and James Hogan, President and CEO, Etihad Airways as well as Vice Chairman, Alitalia. The airlines are official global carriers of Expo Milano 2015, which takes place under the theme of ‘Feeding the Planet, Energy for Life’ until 31 October.