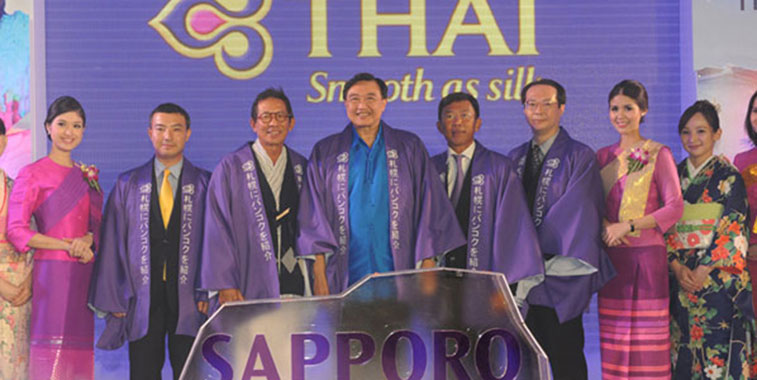 You have to search hard to find the last route launch by Thai Airways ‒ it was way back in October 2012, when the airline started thrice-weekly flights from Bangkok Suvarnabhumi to Sapporo Chitose – the airline’s sixth Japanese destination. Since then, all of the carrier’s network development has been directed through its low-cost subsidiary Thai Smile Airways.

Thai Airways is one of those airlines that seems to have temporarily slipped off the route development radar, as its in-house LCC, Thai Smile Airways, becomes the focus for its network growth. To get to the bottom of this lack of new service activity, our data elves consulted our great route development oracle – the anna.aero New Route Database. What we found was that the airline was meant to have launched services between Bangkok Don Mueang and Macau last October, but these plans appear to have been shelved (according to OAG Schedules Analyser data). In addition, there were suggestions that the airline was looking to increase its presence in the German market with the start of four times weekly operations to Düsseldorf, with capacity apparently being shifted from its existing Frankfurt services, but again these plans appear to have been side-lined. The last route we could find being launched by Thai Airways was the start of thrice-weekly operations from its main Bangkok Suvarnabhumi base to Sapporo Chitose in October 2012. 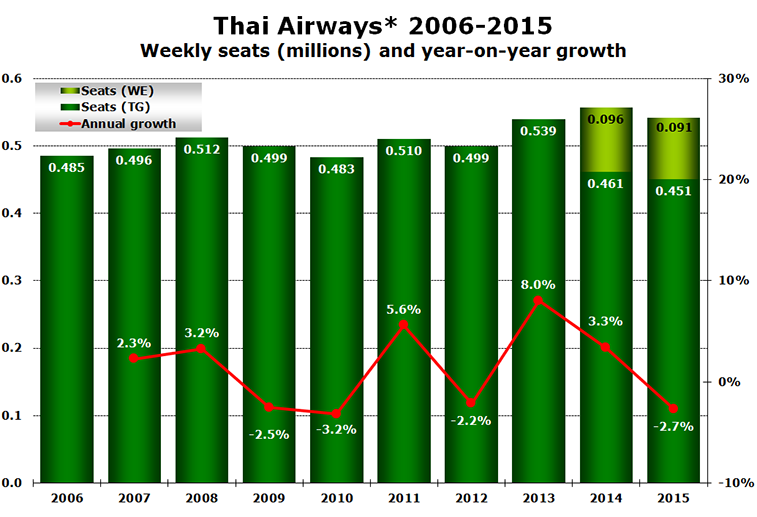 The resulting capacity graph, which shows weekly seats each May (week commencing 5 May) since 2006, indicates a relatively undynamic period for the airline between 2006 and 2012. Thai Smile, officially launched operations on 7 July 2012, with the start of double daily flights to Macau. However, at that time the airline operated all of its services under the code (TG) of its parent – this changed around April 2014 (according to OAG Schedules Analyser data). This explains the lack of data in May 2013 for the in-house LCC.

Of the airline’s top 12 routes, seven of them have been on the network planning manager’s treatment table for some capacity cutting, with the most dramatic surgery being performed on the airline’s domestic routes. Indeed, Thai Airways’ #1 route in terms of weekly seats – between Suvarnabhumi and Phuket ‒ has been trimmed the most severely over the past year, with over 33% of seats being culled. While capacity growth over at Thai Smile (up from 3,150 weekly seats in May 2014 to 3,402 this year) has staunched some of the flow on this domestic airport pair, it fails to come close to the over 8,000 seats stripped from the parent’s flying programme. When considering capacity to Phuket from across town at Don Mueang, the full picture becomes clearer. Weekly seats there have risen by nearly 30% year-on-year, with Thai Smile, and ominously Thai Lion Air, both entering the market since last May. As a result, total capacity in the Bangkok to Phuket market is largely unchanged at -1% annually. 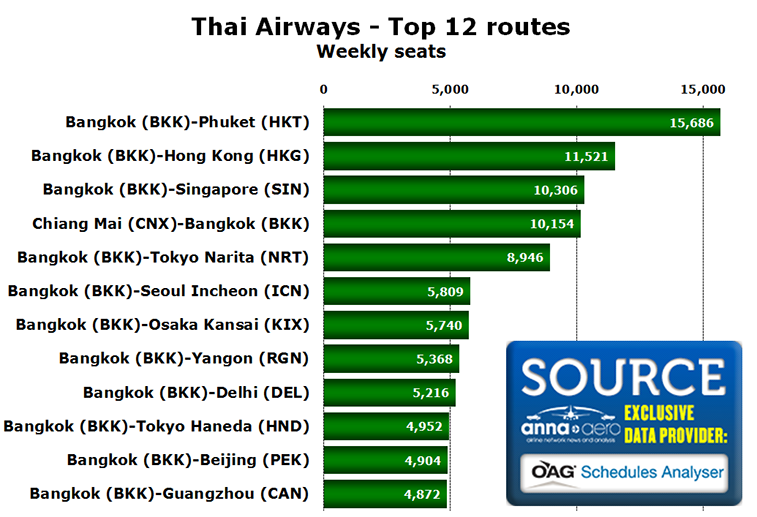 With near 50% annual growth, capacity to Singapore (+46%) and Delhi (+49%) have shown the most marked increases over the last 12 months. Add the number of weekly seats available from Thai Airways’ services to Tokyo’s two airports together, and the number of seats available to the Japanese capital city would make it the second largest route overall, and the biggest international city pair. The top route from outside of Thai domestic or Asian regional markets is the Star Alliance carrier’s London Heathrow service, in 16th position overall, with 4,488 weekly seats.

The top 12 country markets of May 2015 offer between them 88% of all weekly frequencies, down slightly from nearly 90% last year. The domestic capacity cull is evident in the country market analysis, with annual frequencies dropping by 26% year-on-year. Alongside routes already highlighted like Bangkok-Phuket, Chiang Mai to Bangkok has witnessed a 25% fall in weekly capacity over the last 12 months, along with a 30% reduction on the Bangkok to Krabi sector. Domestic routes like Bangkok to Khon Kaen have been cut altogether and transferred to the LCC unit. Despite these huge capacity cuts and switches to Thai Smile, the domestic sector still commands nearly 57% of all weekly frequencies for Thai Airways. 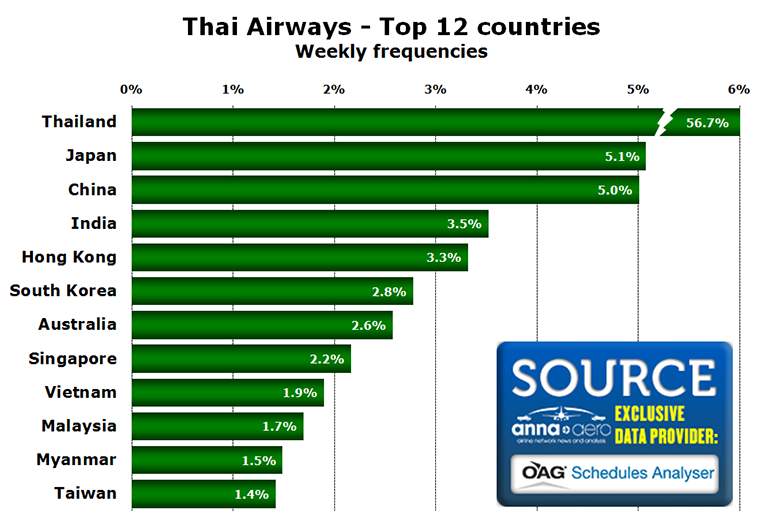 Although there is a bigger annual increase in weekly frequencies in the Singapore (52%) country market, the 23% hike in the Chinese market is perhaps the most telling, as the marginal 1.4% increase in frequencies to Japan has meant that weekly flights to China are now just one behind the #2 market. Only one country pair, along with the domestic market, has witnessed a decline since last May, with services to Korea observing an 8.9% drop in comparison to May 2014 figures. Three markets have remained unchanged over the last 12 months – namely those to Vietnam, Malaysia and Taiwan.

While clearly the airline’s network planners have been shuffling their deck of capacity cards, only time will tell whether they will start upping the stakes again, and announcing some new route aces under the Thai Airways banner rather than its LCC daughter company.