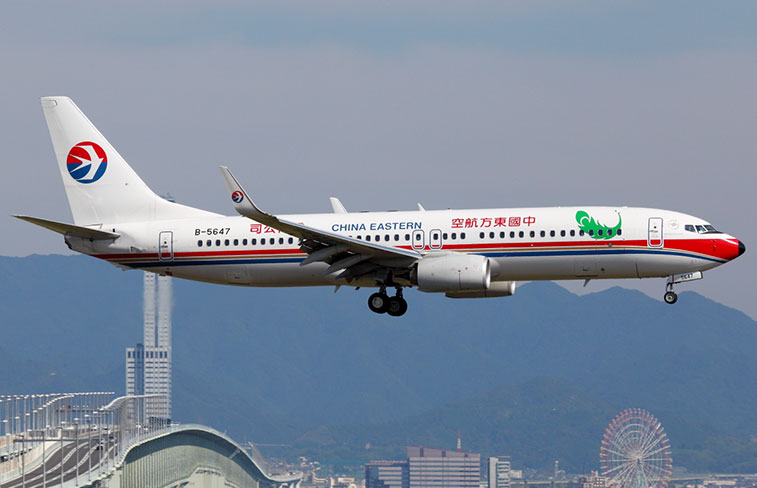 China Eastern Airlines has overtaken All Nippon Airways as the largest provider of seat capacity between China and Japan in 2015. Osaka Kansai Airport (above) has seen capacity growth of 33% in 2015 and over half of the additional seat capacity added in 2015 between the two nations flies into the offshore island airport in Japan.

Glancing through anna.aero’s New Route Database on a regular basis reveals that the last few months have seen a significant number of new scheduled services between China and Japan. Analysis of schedule data for all of 2015 reveals that Japan has overtaken Taiwan to become the third busiest international market from Chinese airports after South Korea and Hong Kong. With capacity growth of almost 17% expected this year, it is also the third-fastest growing country market after Thailand (+45%) and the USA (+26%). 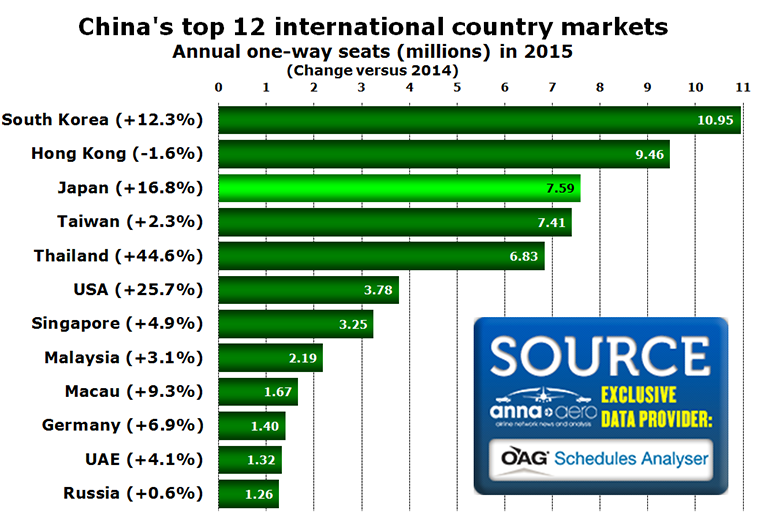 After peaking at just over seven million one-way seats in 2008, scheduled seat capacity between China and Japan declined in four of the following five years, falling to just 5.7 million in 2013. However, since then airlines have added 14% more seats in 2014, with current estimates for 2015 indicating growth of almost 17% to a new all-time high of almost 7.6 million seats. 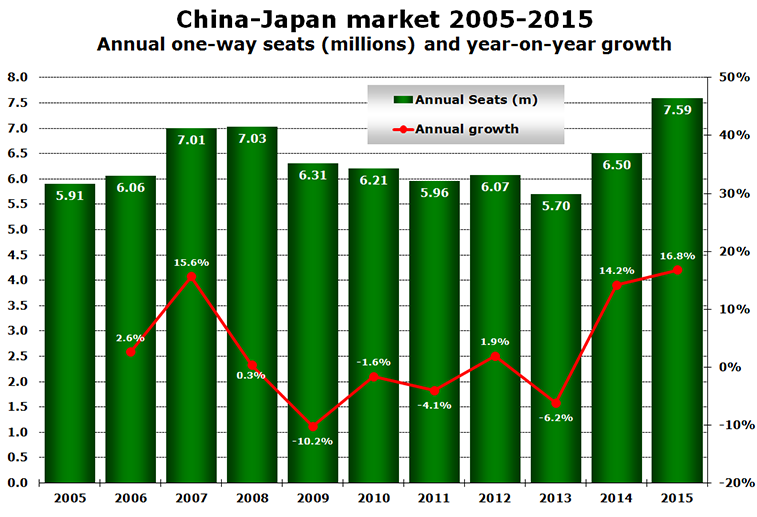 Schedule data suggests that China Eastern Airlines has in 2015 overtaken All Nippon Airways to be the leading provider of seat capacity in the China-Japan market, thanks to a year-on-year increase of 33% in available seat capacity. While Japan’s two airlines (shown in bright green) have cut combined seat capacity by almost 4%, Chinese airlines have increased their seat offering by a massive 32%. A total of 11 Chinese airlines offer service to Japan and they now account for 65% of annual seat capacity between the two countries. 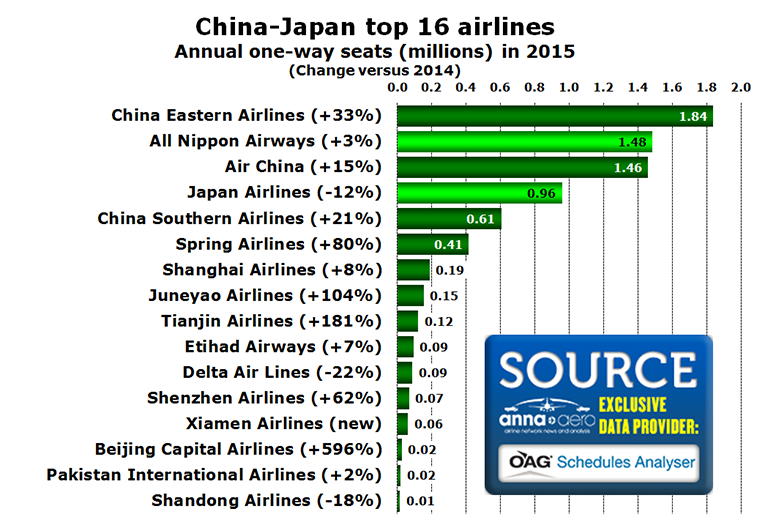 A total of 32 Chinese airports are offering flights between the two countries in 2015, though some of these only offer them for a brief period. Shanghai Pudong Airport alone accounts for 46% of all Japanese route seat capacity. Combined with Shanghai’s Hongqiao Airport, Shanghai’s two airports offer over half of all seat capacity from China to Japan. Shanghai Pudong is also the fastest-growing of the top five Chinese airports for Japanese services. 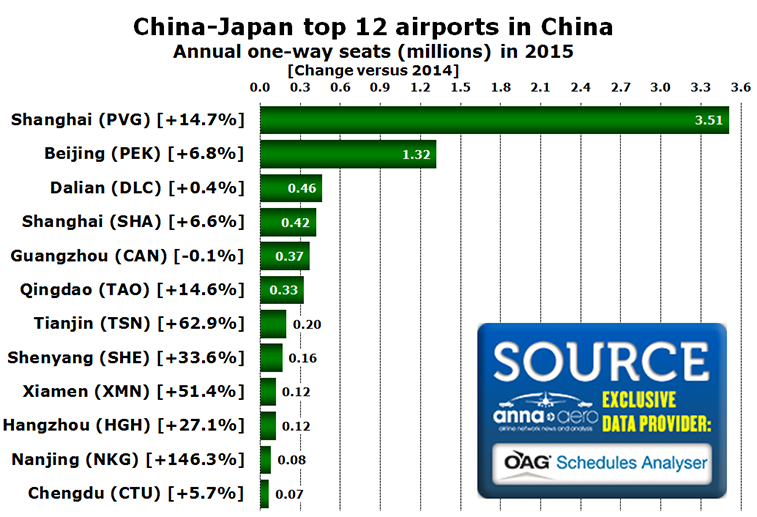 A total of 25 Japanese airports are offering flights between the two countries in 2015, although three of these had just a couple of flights all year. Tokyo’s two airports have a combined market share of 43%, well ahead of Osaka with 28%. However, Osaka’s Kansai airport has seen impressive growth of 33% this year. The increase in seats at Osaka Kansai represents just over half of the increase in seats across all Japanese airports. 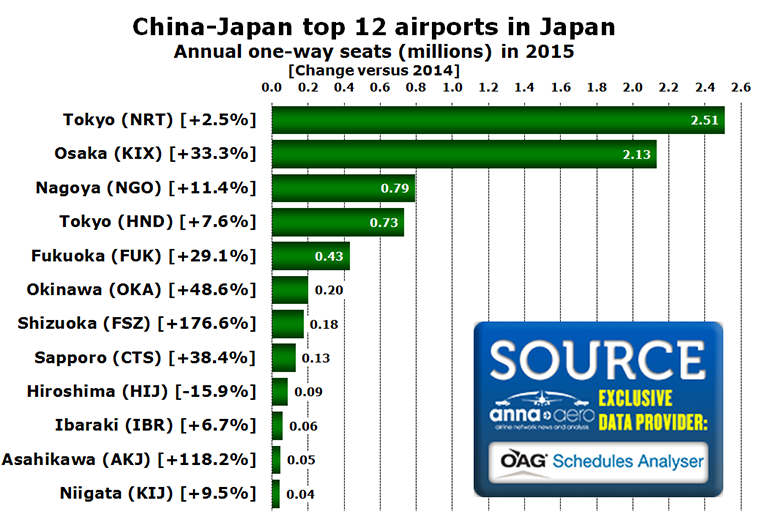