Is this the largest Fire Truck Water Arch ever created? anna.aero thinks it is – at 74.44 metres high, this FTWA is exactly the same height as the Taj Mahal – after which this style of FTWA will henceforth always be known. The arch was created on 6 May as Bengaluru Airport saluted the arrival of AirAsia India’s fourth A320. The aircraft is named “The Pioneer” and has a livery dedicated to JRD Tata and the Puss Moth aircraft he flew on a 15 October 1932 mail flight, an event which led to the birth of Tata Airlines, the forerunner of Air India. Commenting on the FTWA and the accompanying celebrations, Mittu Chandilya, CEO, AirAsia India, said: “We wanted to celebrate the growth of AirAsia India by honouring the father of Indian civil aviation.” A special award dedicated to Bengaluru Airport’s “Taj Mahal FTWA” has been created and is on its way from anna.aero. 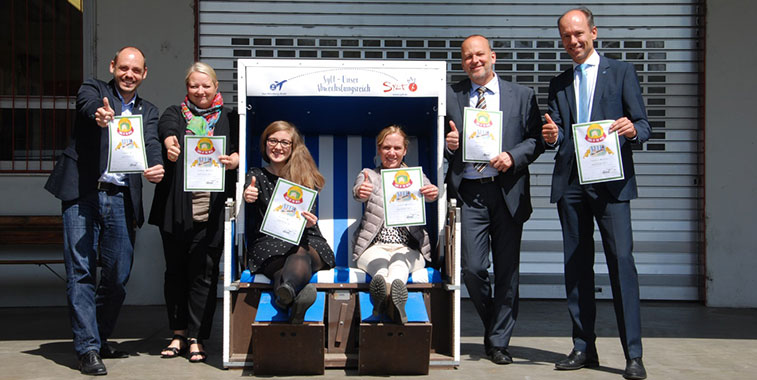 On 1 May, Krakow Airport which is lined up to host 2016’s regional route development event Routes Europe next April, welcomed the return of SWISS with four weekly (Mondays, Wednesdays, Fridays and Sundays) flights from Zurich. Passengers flying on the inaugural flight from the Polish airport were offered information materials about the tourist attractions of Switzerland provided by Switzerland Tourism. They were also given strings of beads which are a symbol of Małopolska, provided by the Małopolska Tourist Organisation, as well as materials on the sights of Krakow, provided by the Kraków City Hall. Furthermore, on 1 May, Krakow Airport continued celebrations, this time for the touchdown of British Airways from London Heathrow after several years of absence. The oneworld member serves the new sector four times weekly (Mondays, Wednesdays, Fridays and Sundays), using a mixed fleet of its A319s and A320s. To mark the new arrival, the airport held a special ceremony in the terminal, which included a cake and ribbon cutting by: Petr Duchek, Commercial Manager Czech Republic, Slovakia and Poland, British Airways; and Grzegorz Michorek, Head of Commercial Division, Krakow Airport. In addition, the first flight was also welcomed with the traditional water arch salute. 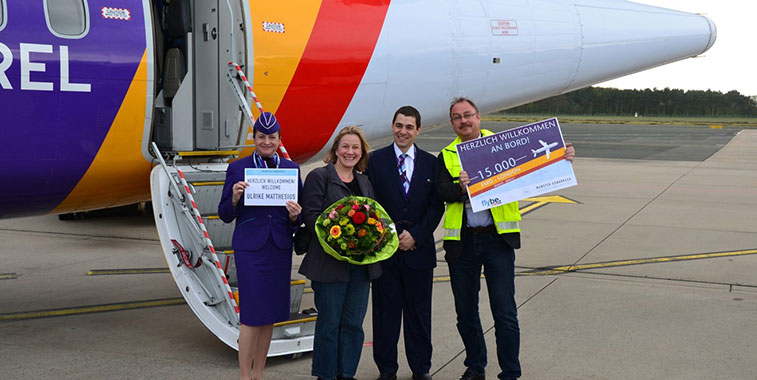 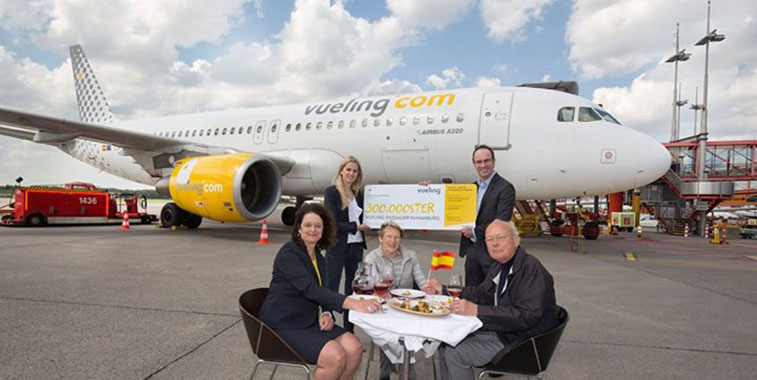 On 6 May, Hamburg Airport welcomed Vueling’s 300,000th passenger. The Spanish LCC is serving the German gateway from Barcelona with daily departures and Malaga with twice-weekly flights (Thursdays and Saturdays). 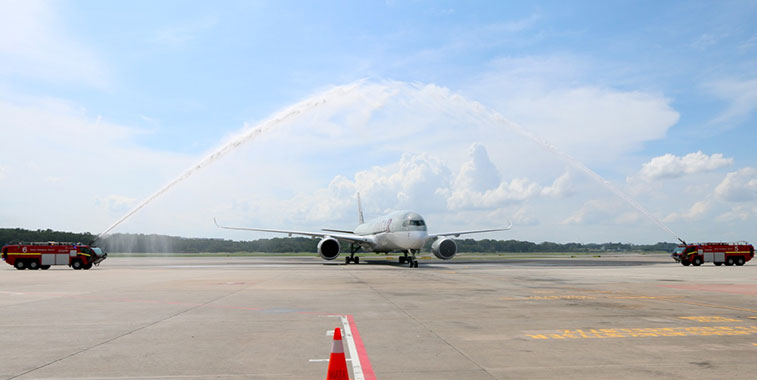 On 11 May, Singapore Airport became the first airport in the Asia-Pacific region to welcome A350-900 operations, following the arrival of Qatar Airways’ services from Doha. The arrival was welcomed with the traditional water arch salute. 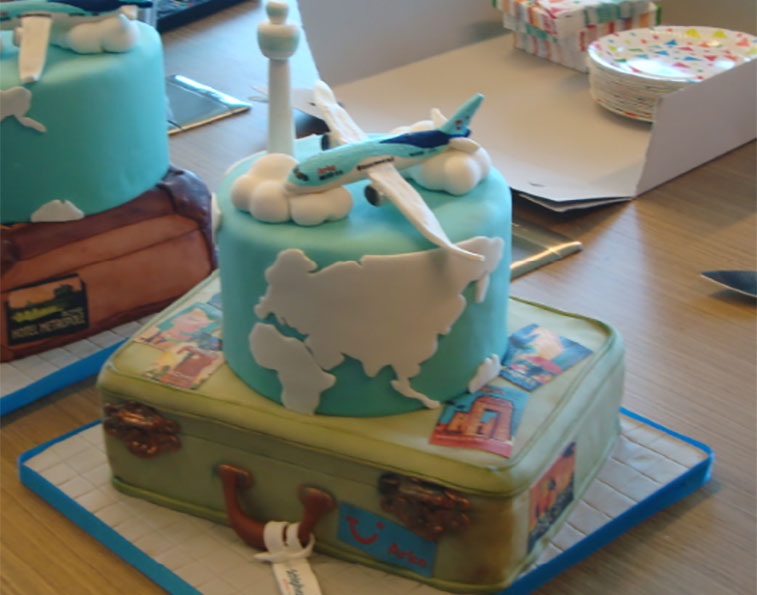 On 13 May, Amsterdam Airport celebrated Arke’s 10th anniversary at the Dutch gateway with this fantastic cake 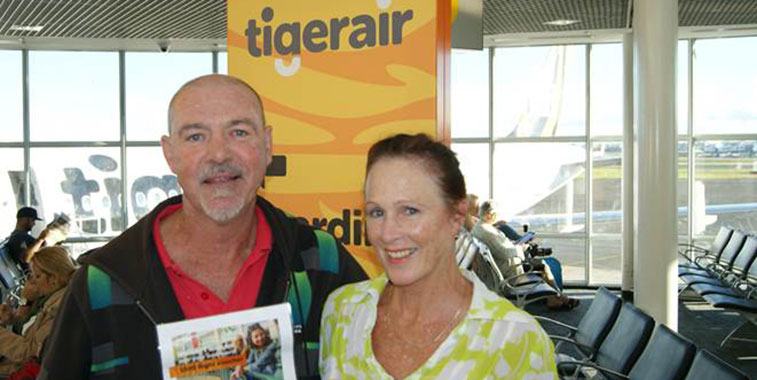 On 13 May, Tigerair Australia celebrated its 17th million passenger since domestic operations first commenced in November 2007. Commenting on the milestone, Vanessa Regan, Head of Communications, Tigerair Australia, said: “We’re proud of the contribution we make to this country through the provision of over 1,000 jobs and by enabling Australians to see more of their own back yard and more of each other, more often. Our consistently great value fares stimulate air travel in this country and grow the air travel market, which is great news for tourism, the economy and for the consumer.”