On your marks, get set, create a beautiful water arch!! Not only are the Budapest Airport fire crews fit, and very tall – look, you can see them standing behind that tender – they are one of the best trained in the world when it comes to producing world-beating fire truck water arches. Last year, the airport invited one of the anna.aero judges for some on-site instruction in the art of constructing an ‘Arch of Triumph’ to envy.

American Airlines broke into an exclusive global airline club this week, one for Platinum FTWA card holders only. It became only the fourth airline ever to have three entries in a weekly competition – joining United Airlines, flydubai and Air Seychelles. The oneworld carrier also matched a feat that only the latter airline managed too – actually winning the weekly competition. More importantly, not only did Birmingham’s firefighters deliver the win for airport and airline alike, but they also stormed the leader board, toppling the #1 airport since February ‒ Delhi. Spare a thought for TAP Portugal however. This is the only airline to have had more than three entries in an individual week. In week 24 last year, it had five entries in the ‘Arch of Triumph’ battle, but in a very tough week – there were 21 entries – the best of the airline’s five FTWAs finished second (34.3) to one created for Transaero Airlines in Taipei Taoyuan (36.2) ‒ an FTWA that finished in seventh overall in last year’s competition. Whether Birmingham, with a score of 35.3, can stay at the summit of the table until December is perhaps unlikely given that there were eight airports which delivered a score better than that in 2014. Only time will tell…but until then, keep monitoring!! 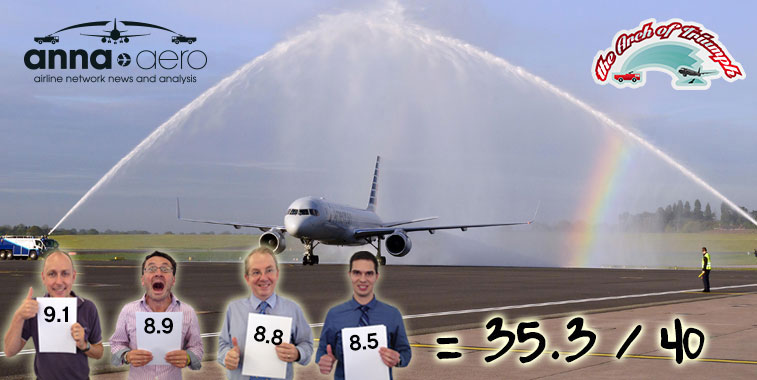 Somewhere over the rainbow…there’s a fine water arch…

Judge’s Comments: Not only is this a great water arch, one worthy of topping the 2015 ‘Arch of Triumph’ leader board, but the firefighters at Birmingham have also gained extra points for the impromptu rainbow on display. That is FTWAing at the top level. Or as they like to say round there…bostin’ 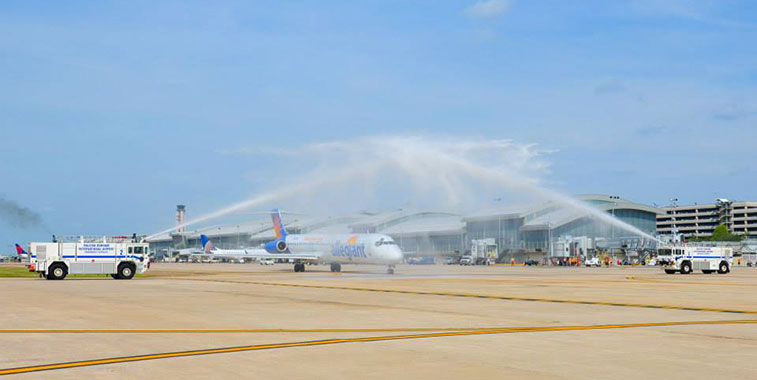 Judge’s Comments: 50% of producing a great FTWA is in the positioning of the photographer and the tenders. Here, Raleigh Durham has these elements spot-on. The FTWA failed to score higher because of the angle of the water jets – you need to think pair of ‘leaping dolphins’ rather than Olympic long jump…and those water jets must not cross.

Iberia Madrid to Perpignan 6 May

Judge’s Comments:  This is a very good arch. However, it’s a bit flat for my liking, and verging on an FTWA style known as ‘Pancaking’ ‒ or ‘Creping’ as they call it in France. As a result, it could only secure the French airport second place this week…and history never remembers those people… 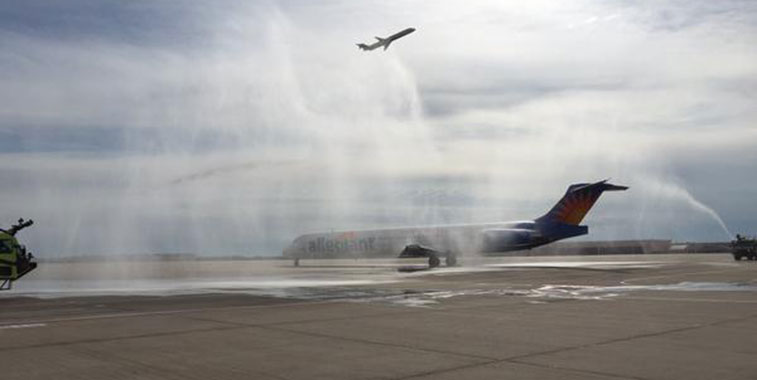 Was that departing aircraft trying to avoid this FTWA…?

Judge’s Comments: anna.aero’s four esteemed judges are well-versed with the FTWA style known as ‘Big boy, Little Boy’…but not ‘Medium boy, Little boy’. Somehow, we don’t think this new type of FTWA, practised this week in Tulsa, is ever going to catch on.

American Airlines Dallas/Fort Worth to Beijing 7 May 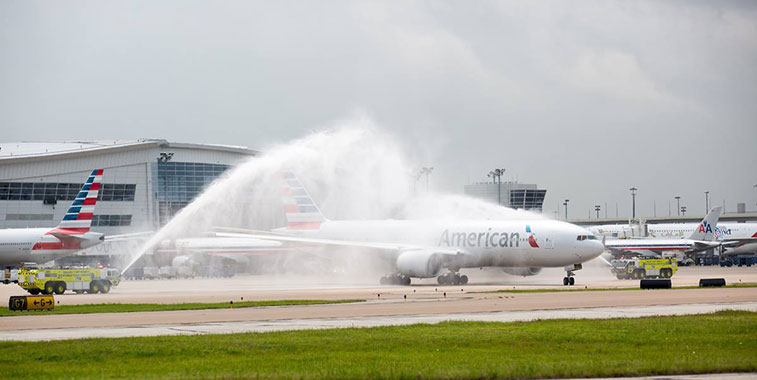 No q-tips required for the pilot’s ears…

Judge’s Comments:  I sincerely hope that the commander of the inaugural flight from Dallas/Fort Worth to Beijing had his cockpit window shut on the taxi out to the runway this week. You can see why this genre of FTWA is known as the ‘Earwash’, as the pilot will have not have to wash now for a fortnight if there was the slightest gap in his window. 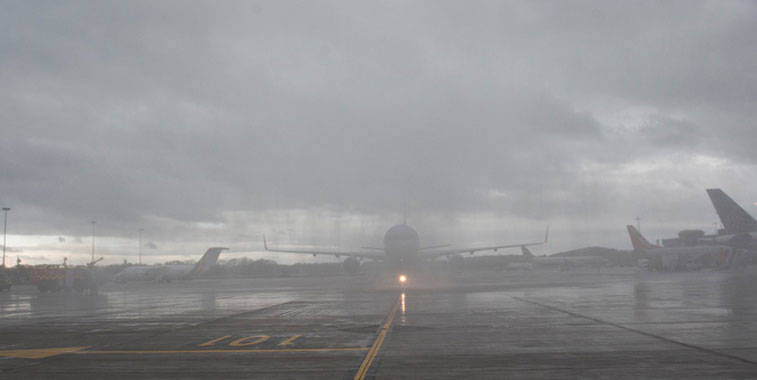 Not fit for public consumption…the second worst FTWA in history…

Judge’s Comments: Firstly it is important to stress that this FTWA was offered up by American Airlines’ PR people under duress! Unsurprisingly, this photo was not included in the batch of PR shots offered up for the launch of the airline’s flights from New York JFK to Edinburgh. It has however become the second worst FTWA in history, only beaten by one from Kuwait City, which last September scored -17.1.

WOW Air Reykjavik/Keflavik to Baltimore/Washington 8 May 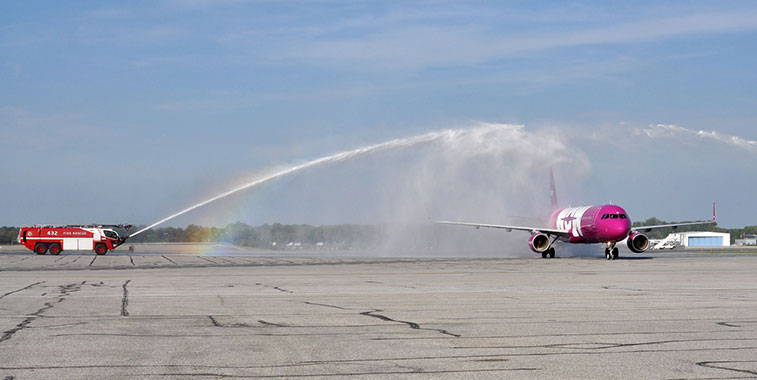 A second, but smaller rainbow…this time found in Baltimore/Washington…

Judge’s Comments: Following on from the comments made about the FTWA in Raleigh-Durham, it is also vital to make sure that both tenders are visible. There is also a hint of ‘Dukes of Hazard’ going on with this arch, as there is a discernible gap in the water jets over the WOW air A321 arriving from Iceland.