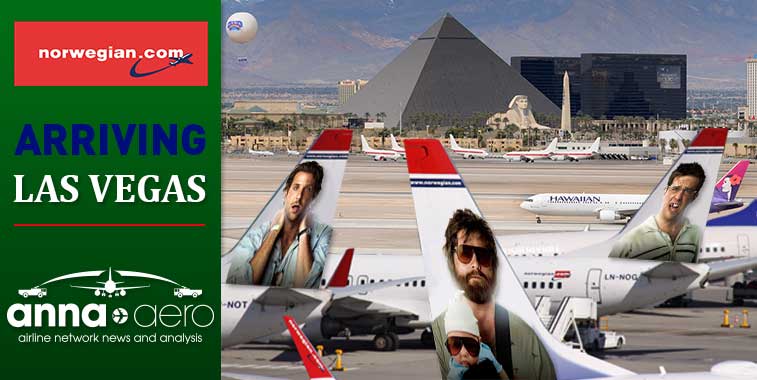 Next winter Las Vegas will be served weekly from Copenhagen and Stockholm. “Norwegian Heroes” on the airline’s tail fins are a hallmark of Norwegian. Recently, after deciding “we are a Nordic company” it extended this respect to other Nordic personalities such as Sweden’s Greta Garbo. On this basis, as Norwegian.com expands its non-Nordic bases, anna.aero wonders how long it will be before UK, Irish and possibly even US faces also appear.

Norwegian’s attempt to diversify its route network away from its limited Nordic market appears to be meeting with limited success. Not helped by a recent pilot strike, the airline reported a negative 18% operating margin in the first quarter of 2015 (the worst in the world so far reported this year according to Airline Weekly) though this is an improvement on its performance in the same quarter a year ago. The airline’s long-haul ambitions continue to be a source of friction with various authorities, but Norwegian continues to grow its transatlantic route network, not only from Scandinavia but also from the UK.

In terms of ASKs (Available Seat Kilometres – which takes into account sector length), the Spanish market is second only to Norway for the carrier, ahead of Sweden and Denmark. With bases in mainland Spain and the Canary Islands, Norwegian is taking advantage of these popular year-round tourist destinations. Since 2014 the biggest growth in ASKs has been generated in the UK and the US, helped significantly by the airline’s transatlantic services from London Gatwick to Fort Lauderdale, New York and Los Angeles, which began in July 2014. Norwegian also operates long-haul to the US (and Thailand) from Copenhagen, Oslo Gardermoen and Stockholm Arlanda. 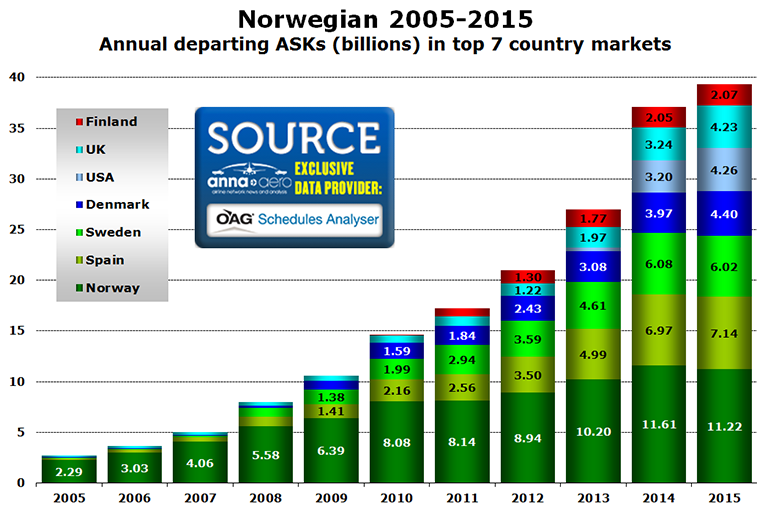 Among the airline’s four local markets of Denmark, Finland, Norway and Sweden, current schedule data suggests that ASKs will be virtually unchanged this year in Finland and Sweden, up about 10% in Denmark and down 3% in Norway. In contrast, the UK and US markets will both see an ASK increase of around 30% in 2015.

Analysis of schedule data for the peak summer period of August reveals that the airline’s total route network has grown by less than 1.5%, from 361 routes to 366. However, this modest net gain of just five routes hides the fact that the airline has actually launched 23 new routes since last summer, but also dropped 18. From its home base of Oslo Gardermoen, Norwegian has suspended non-stop service this summer to Bratislava, Cologne Bonn, Ibiza and Kiev Boryspil. The airport where Norwegian has made the most significant cuts is Oslo Torp. Since last summer routes to Antalya, Barcelona, Dubrovnik, Nice, Palma de Mallorca and Trondheim have been suspended, with Bergen flights ending on 31 May. The new routes launched since last August are summarised below: 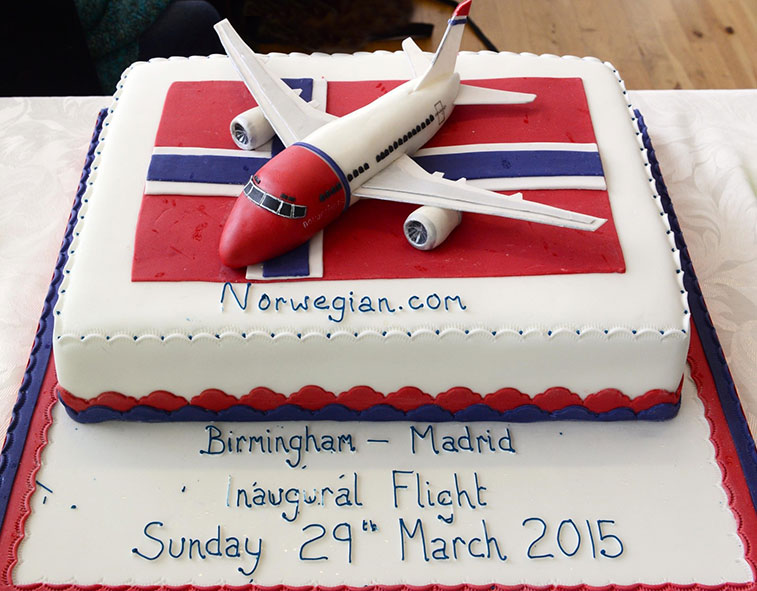 Norwegian launched its first three routes from Birmingham this summer, to Barcelona, Madrid and Malaga. The airline’s presence in the UK has grown significantly in recent years, now serving over 40 destinations from London Gatwick, four routes from Edinburgh, two routes from Manchester and now three from Birmingham.

New US and Caribbean routes launching in W15/16 Last July, Norwegian launched transatlantic flights from London Gatwick to Fort Lauderdale, Los Angeles and New York. Each route was celebrated with a special anna.aero cake. Compared with 2014, Norwegian’s ASKs in the US and UK have grown by 30% in 2015.