Ryanair growing again in Madrid, its sixth biggest base; over 70 routes launched since 2006 but over 30 dropped Last October, Aena celebrated the launch of five new Ryanair routes from Madrid to Bremen, Cologne Bonn, Eindhoven, Fez and Warsaw Modlin. However, two of these (Eindhoven and Fez) had previously been served by the airline and so were technically re-launches. Four more new routes have been launched this summer (to Berlin Schönefeld, Bratislava, Bucharest and Vilnius) bringing Ryanair’s network to 40 destinations this summer, with Copenhagen set to become the 41st in September.

Last year Madrid Airport handled 41.8 million passengers making it Europe’s sixth busiest after London Heathrow, Paris CDG, Frankfurt, Istanbul Atatürk and Amsterdam. This also makes it the busiest airport in Europe at which Ryanair has a presence, having begun operations there in November 2006. According to analysis of schedule data for 2015 Madrid is also, coincidentally, Ryanair’s sixth busiest airport in terms of weekly seats, beaten only by London Stansted, Dublin, Milan/Bergamo, Brussels Charleroi and Barcelona. 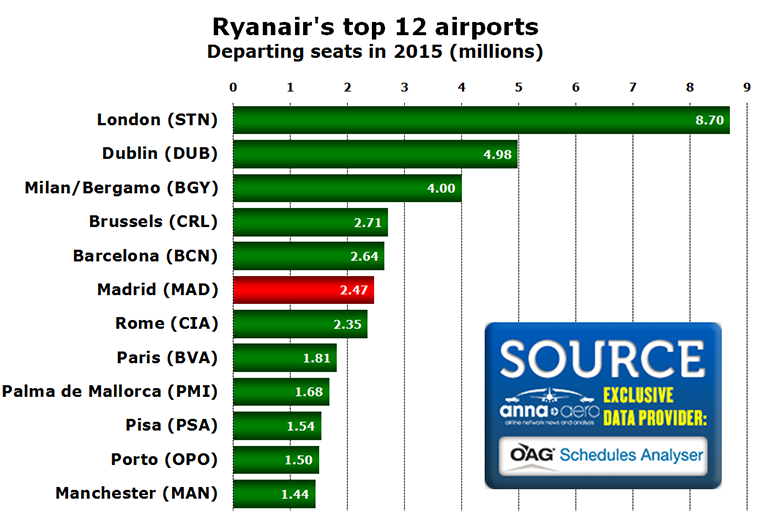 According to Aena statistics Ryanair was the third biggest airline at Madrid in 2014, handling just over four million passengers. This left it well behind Iberia and Air Europa, but bigger than easyJet and Vueling combined. 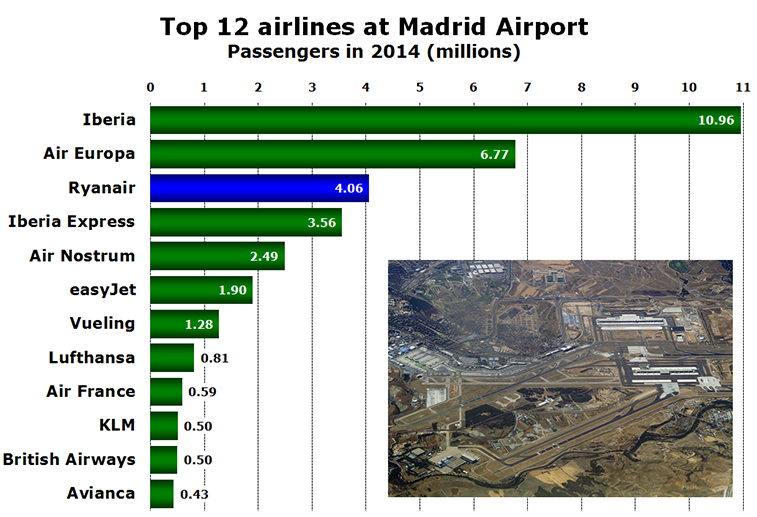 Over five million Ryanair passengers in Madrid in 2011 and 2012

Within four years of launching flights from the airport, Ryanair was handling close to five million passengers, a figure the airline surpassed in both 2011 and 2012. However, as a result of an increase in airport charges (which led to easyJet dropping its base there) Ryanair cut its network in Madrid significantly in 2013, with growth only just above 5% in 2014. In 2010 and 2011, Ryanair was the second biggest carrier in Madrid, but fell to third (behind Iberia and Air Europa) in subsequent years. 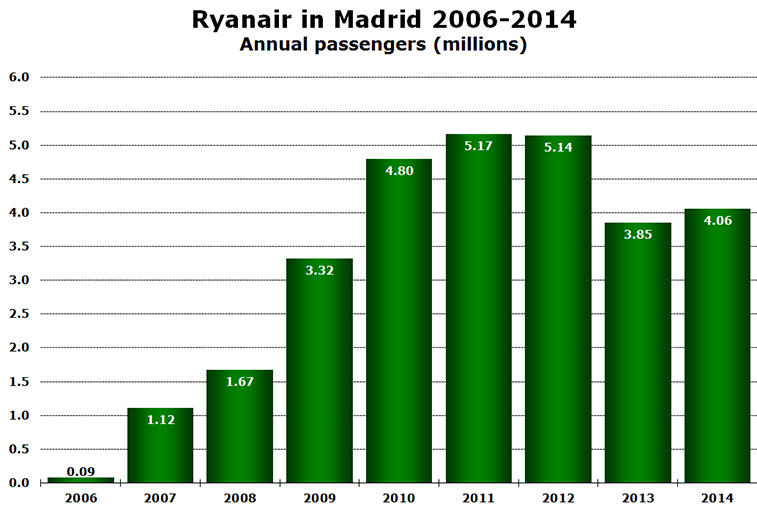 Since last October Ryanair has seen consistent double-digit growth in its passenger numbers at Madrid, with demand for the airline’s services up over 30% in each of the first four months of 2015. This was helped by the launch of several new routes last October, including Bremen, Cologne Bonn and Warsaw Modlin, as well as the resumption of services to Eindhoven (initially launched in 2006) and Fez (originally launched in 2009). This year has already seen the launch of new services to Berlin Schönefeld, Bratislava, Bucharest and Vilnius. 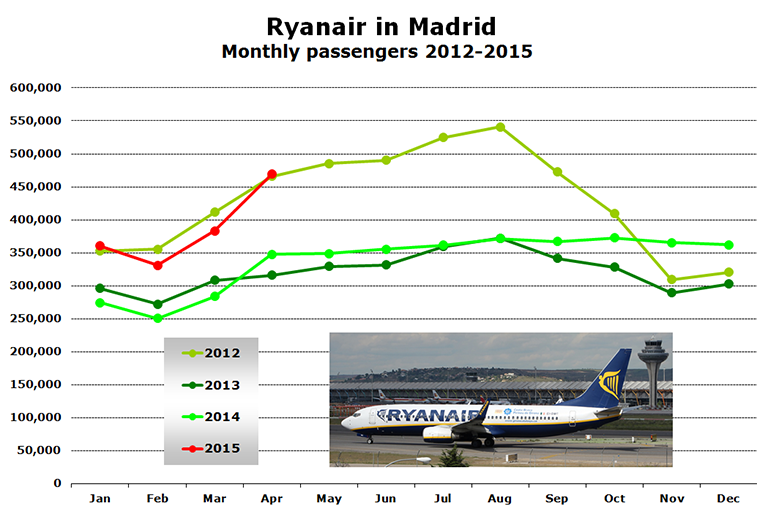 Not unusually for Ryanair, a number of routes have been tried and found wanting. In the case of Madrid, this applies to 31 destinations. In total, Ryanair has launched scheduled services from Madrid to 71 destinations in just over eight years, with 40 of those destinations still operating this summer. A summary of the airline’s route network is shown in the following table.

The only other new route from Madrid that Ryanair has so far announced is Copenhagen, which will begin on 2 September.