Michael Cawley: Is this the most feared man to ever talk to airports? 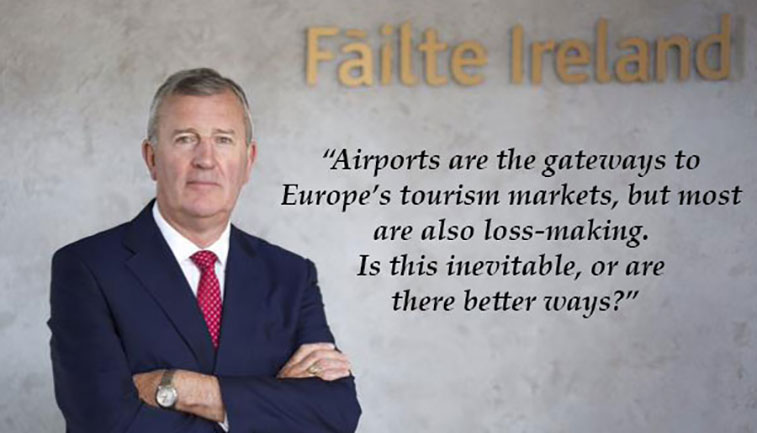 ACI EUROPE says that 60% of its members are loss-making enterprises. Could Cawley’s address to the ACI EUROPE Prague Congress be a seminal moment?

Michael Cawley was simultaneously the most-welcomed and most-feared man to ever set foot in the board room of literally hundreds of airports across Europe. As the former COO and Deputy CEO of Ryanair until a year ago, it was Cawley’s job to do many of the deals that would result in a new Ryanair route – a route which could be the making of that airport’s city or region. At almost two metres high, Cawley was an imposing figure on many levels. The gentle giant was also a very hard negotiator with the many sleepy regional airports which had hardly seen any new economic activity since being converted from military use at the end of the World War II, and especially with the many new-to-market former Cold War air bases from both sides of the former Iron Curtain, many of which he directly negotiated with to become new Ryanair bases.

“I’m very grateful to both the former Soviet Union and the USAF for leaving behind such excellent long runways,” said Cawley once to an audience which consisted of neither the Russians nor Americans (and probably the only people he has ever thanked). Next month, a year after becoming Chairman of Fáilte Ireland, the Irish tourist development authority, Cawley will stand tall over hundreds of the same airports to deliver a keynote address to ACI EUROPE’s Annual Congress in Prague: “Airports are the gateways to Europe’s tourism markets, but most are also loss-making. Is this inevitable, or are there better ways?”

This could be a seminal moment – ACI EUROPE says that 60% of its members are loss-making enterprises. Hopefully they will now be attending in force with sharpened pencils to hear what ideas the re-invented Irish tourism leader has to help airports improve their business model and start making profits in an era dominated by the reality of low cost airlines and low-fare-demanding consumers.