Sofia Airport welcomes the arrival of SWISS from Zurich Madeira Airport welcomed British Airways on 11 May, as the oneworld member began thrice-weekly services from London Gatwick (Mondays, Wednesdays and Saturdays). From July, the service will be increased to five times weekly. The inaugural crew were greeted with flowers and a travel-inspired cake. Pittsburgh Airport celebrated the launch of non-stop flights to Milwaukee and Indianapolis, with OneJet services commencing on 4 and 11 May respectively. The flights, offered on seven-seat Hawker 400 jets, cater specifically to business travellers using medium-sized airports. Leading the commemorations are: Rich Fitzgerald, Allegheny County Executive; along with airport and OneJet officials. 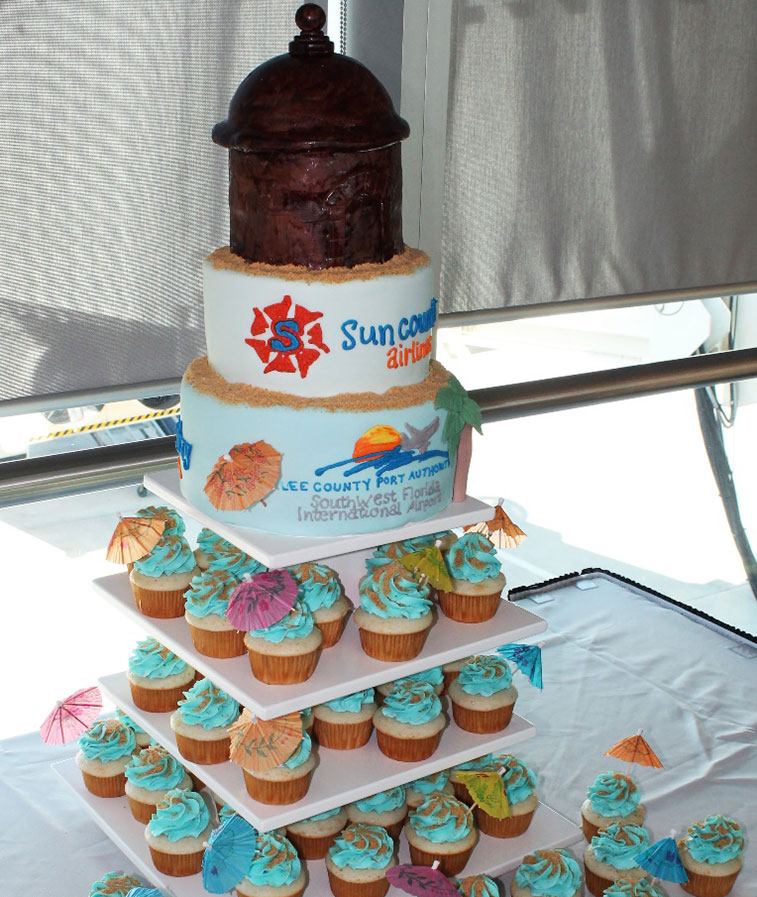 On 3 May, Southwest Florida Airport celebrated its first non-stop service to San Juan Airport in Puerto Rico with an inaugural flight event. The route will be served by Sun County Airlines’ twice-weekly services (Thursdays and Sundays). Passengers were greeted with an inspiring cake featuring old San Juan’s Castillo San Felipe del Morro, along with cupcakes that attempted to look like ‘tropical waters and sandy beaches’ according to the airport. Adding to this route launch, the airline also announced that the city pair will continue year-round, and that it is planning services to Cancun, commencing on 9 October from the Floridian airport.