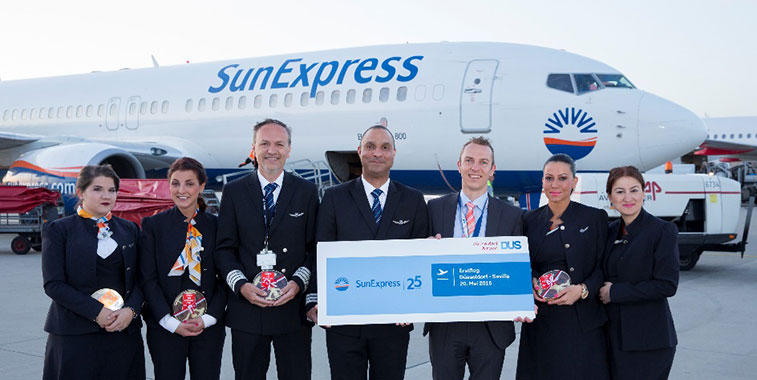 On 20 May, Düsseldorf Airport celebrated the launch of SunExpress Germany’s new route to Seville, a sector not served by any other carrier. The airline will fly twice-weekly, on Mondays and Wednesdays, between the two cities. Pictured are: Düsseldorf Airport Airline Marketing Manager, Dirk Jördens; alongside the inaugural crew.