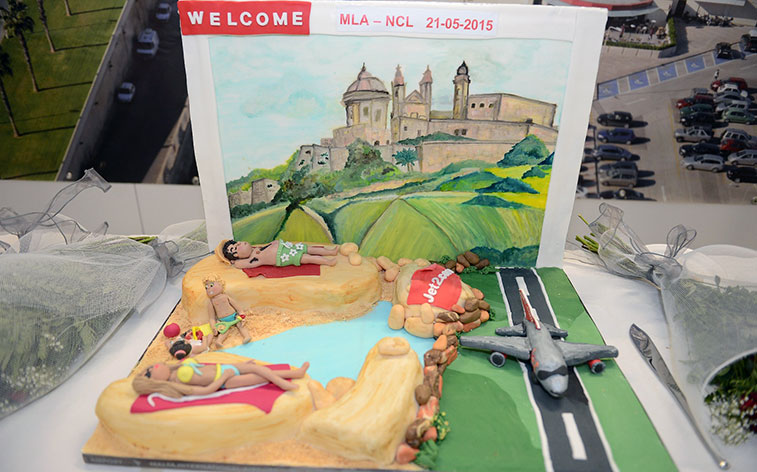 Even the passengers on the cake looked relaxed as Jet2.com launched services between Malta and Newcastle, operating weekly on Mondays.