Jet2.com’s expansion at Edinburgh for S16; awards for Bournemouth and Reykjavik/Keflavik and news from Amsterdam, Austin and Bristol 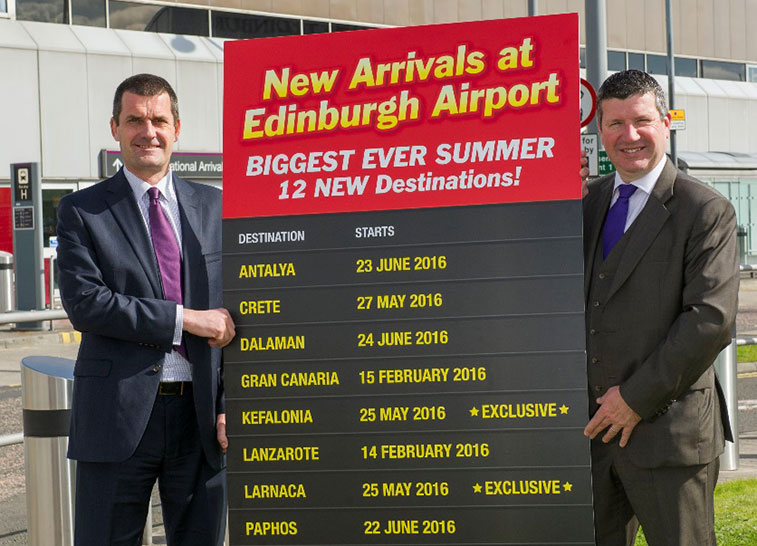 On 20 May, Jet2.com announced the airline’s biggest ever flight programme for summer 2016, compromising 209 routes to 51 destinations across Europe. The airline will launch 12 new routes from Edinburgh to Antalya, Dalaman, Gran Canaria, Heraklion, Kefalonia, Lanzarote, Larnaca, Paphos, Rhodes, Tenerife South, Vienna and Zante. East Midlands will see two new routes to Kefalonia and Verona, while Belfast International sees a new service to Fuerteventura. Commenting on the announcement Jet2.com CEO, Steve Heapy, said: “This is going to be our biggest season ever, we are adding more new and exciting places for people to visit, plus increasing capacity and adding earlier flights to our most popular leisure routes”. 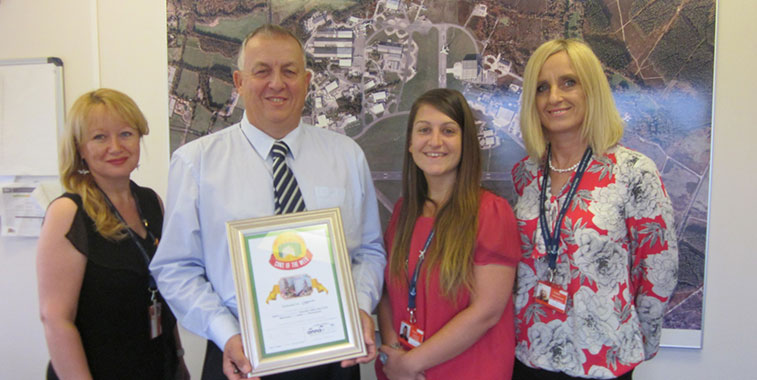 Bournemouth Airport received its ‘Cake of the Week’ certificate this week, awarded for the inaugural flights from Flybe’s newest base to Deauville, Dublin, Jersey, Paris CDG and Manchester on 18 May. Paul Knight, MD of the airport is seen holding the certificate. 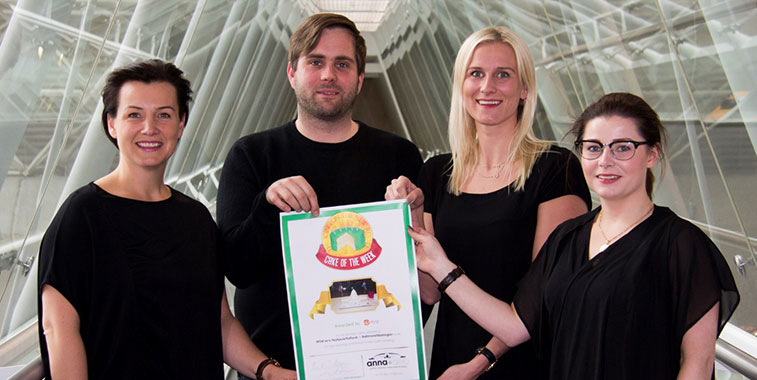 While Reykjavik/Keflavik Airport celebrated with their ‘Cake of the Week’ certificate from the week before. This was in recognition for their impressive effort of sculpting the Capitol Building in Washington, as WOW air launched new services to Baltimore/Washington on 8 May. Celebrating with the certificate are: Gunnhildur Vilbergsdottir, Commercial Manager; Gudni Sigurdsson, Communications Officer; Olof Larusdottir, Project Manager Commercial; and Sigrun Aevarsdottir, Project Manager Commercial. On 18 May, Austin-Bergstrom International Airport welcomed the launch of its newest international route with service to Toronto Pearson with Air Canada. Flights will operate daily using Air Canada Express CRJ 700s. To mark the occasion, the airport held a special ceremony in the terminal, which included a ribbon cutting and live country music welcoming passengers to the Texan city. Commenting on the new route launch, Benjamin Smith, Air Canada President, said: “Air Canada’s new service is designed to connect Austin to our global network through our Toronto hub, offering customers more choices and connections”. On 14 May, Anadolujet commenced new services between Istanbul Sabiha Gökçen Airport and Adiyaman, in south-east Turkey. Adiyaman Airport celebrated the launch of services from Istanbul by welcoming the aircraft with a traditional water arch. Arriving passengers were presented with roses and a welcoming Turkish dance ceremony. Flights operate three times weekly using 737-800s. 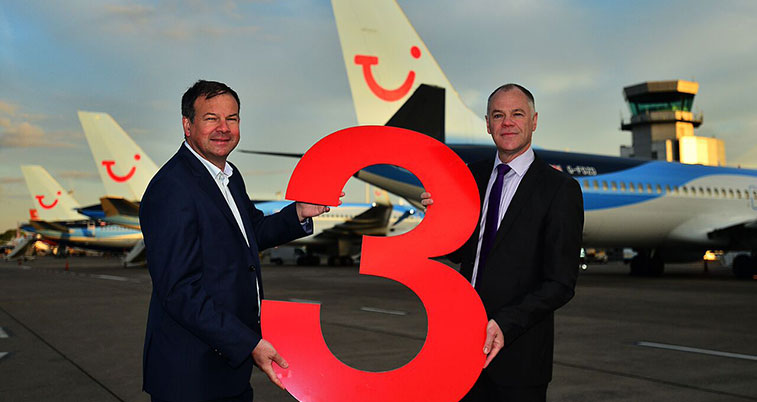 Thomson Airways announced this week that a third based aircraft will join its Bristol based fleet from 28 May. The new additional aircraft means that Thomson will operate its largest ever flight programme from Bristol Airport. With the addition of the third aircraft, four new routes will be added to its network from the south-west airport; Santorini and Thessaloniki in Greece, and Dubrovnik and Pula in Croatia. The airline will also provide additional seats to Zakinthos, Heraklion and Ibiza. Shaun Browne, Bristol Airport Aviation Director, said: “We are delighted to welcome a third based aircraft to Bristol Airport. The growth of Thomson Airways’ destinations offers passengers across the region even more exciting destinations to fly to from their local airport.” Shaun Browne and Paul Cooper, Thomson and First Choice Airport Negotiations Manager, celebrate the news of Bristol’s third based aircraft. On 21 May, Edinburgh Airport continued celebrations with the unveiling of its new plaza centre piece, a huge 27 metre long sign proclaiming loud and proud that you are in EDINBURGH! Commenting at the unveiling of the sign, Edinburgh Airport CEO, Gordon Dewar, said: “This area has been a bit of a building site over the last few months, but I’m delighted we can finally unveil our new plaza. We’re working on lots of exciting plans, from alfresco dining and coffee shops, to a full-blown art and entertainment venue. Our new sign in particular really makes a bold statement and is the perfect backdrop for both tourists and regular visitors to take a great picture, and of course the perfect selfie.” Pictured: Gordon Dewar, CEO, Edinburgh Airport; Airport Welcome Team Members Cameron, and Susan; British Airways’ Alison Dourley, and Claire Porteuos; and Etihad Airways’ Carla Ramage, and Carla Dunn. On 22 May, Jasper Spruit said a fond farewell to Amsterdam Airport Schiphol after seven years, where he held the position of Aviation Marketing Director within the Aviation Marketing Team. His successor, Lotte Harbers, is passed the vital ‘Schiphol briefcase of duties’ by Jasper as he jets of onto his next adventure. From anna.aero, we wish Jasper the very best of luck for his next venture, and congratulate Lotte on her new role at Schiphol.