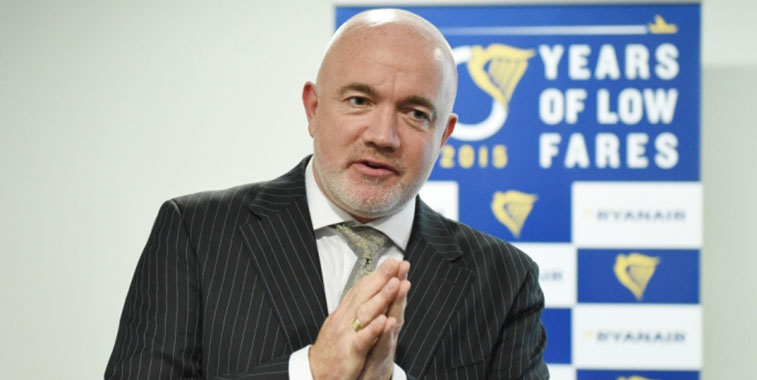 Ryanair CCO David O’Brien, apparently praying for the soul of Emirates and the other MEB3 airlines, will be at the ACI EUROPE Congress in Prague to take part in an “Open-Skies” debate with Etihad Airways, Lufthansa and key European airports hoping to get more routes from non-EU airlines.

Should there be more services such as the ground-breaking Emirates Milan-New York route? European airports are obviously very keen on this trade, particularly when it means non-EU airlines can take on routes which the home carriers have left vacant. At ACI EUROPE’s Annual Congress in Prague later this month (24-26 June) the Lufthansa CEO, Karl Garnadt, will be on stage to explain his nervousness, along with the European Commission’s main Open Skies architects – Margus Rahuoja, Director of Air Transport, DG MOVE. They will be joined by Etihad Airways’ top lawman and Company Secretary, Jim Callaghan, who was previously Ryanair’s Director of Legal and Regulatory Affairs for nine years. Callaghan won’t be any stranger to a fight – nor to Ryanair CCO, David O’Brien – who for once will be able comment from a neutral, less Ryanair-self-interest perspective.

The EU’s new Transport Commissioner, Violeta Bulc, will also give the keynote speech, while a second much-awaited star presentation will be delivered by Michael Cawley – the former Deputy CEO of Ryanair who is now Chairman of Fáilte Ireland, the Irish national tourism development authority. Cawley will have seen inside the board rooms of most of the airports present. Consequently, delegates will be sitting on the edge of their seats to hear the contents of his speech: “Airports are the gateways to Europe’s tourism markets, but most are also loss-making. Is this inevitable, or are there better ways?” With ACI EUROPE claiming that 60% of its members are loss-making enterprises, everyone listening, as well as the generous investors in Europe’s airports, will no doubt be hoping this will this prove to be a seismic moment.

Besides our very own Ralph Anker, Chief Analyst, anna.aero, the really long list of other C-list speakers in Prague comprises: 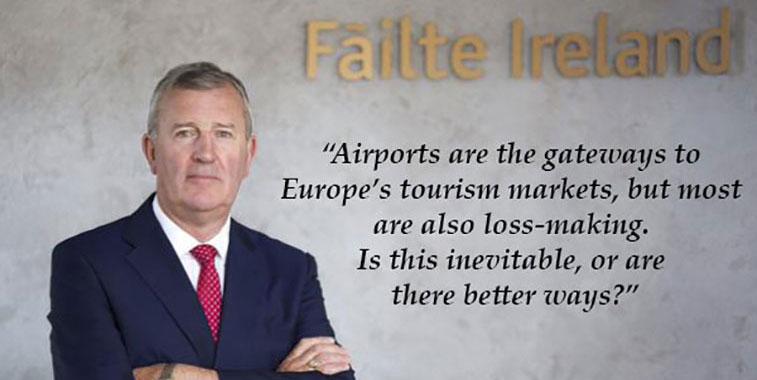 Until a year ago Michael Cawley was Deputy CEO of Ryanair and doing deals with airports that could result in a new Ryanair route. Now re-invented as the boss of Fáilte Ireland, the Irish tourist development authority, Cawley will tell Europe’s airports assembled at ACI EUOPE’s Annual Congress in Prague whether he believes their unprofitability is “inevitable.”