There have been several new transatlantic services launched just since the beginning of May, including: United Airlines’ New York Newark to Newcastle service (22 May); KLM’s Amsterdam to Edmonton service (19 May); Icelandair’s Reykjavik/Keflavik to Portland service (19 May); WestJet’s Halifax to Glasgow service (29 May); Aer Lingus’ Dublin to Washington Dulles service (1 May); and Thomas Cook Airlines starting Manchester to New York JFK (2 May) and Miami (3 May).

Analysis of schedule data shows that in 2015, for the second year in a row, seat capacity between Europe and North America (USA and Canada) is up by around 6%. The 44 million one-way seats on offer this year is the most offered during the last decade. In just two of the last 10 years has capacity fallen; in 2009 (by almost 8%) and in 2012 (by just over 2%). 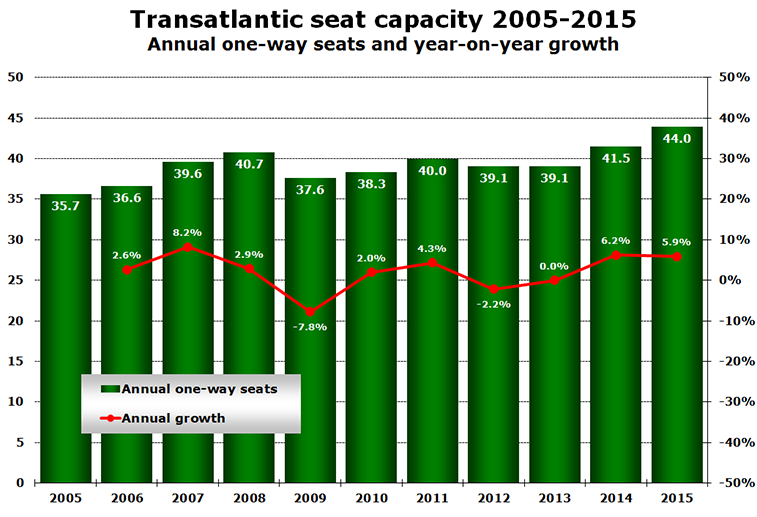 Analysis by airline shows that Delta Air Lines is now the leading provider of capacity on the transatlantic market, ahead of British Airways, United Airlines and American Airlines. Back in 2005, British Airways was by far the biggest airline in the market, but since then Delta has absorbed Northwest Airlines, United has merged with Continental, and American has merged with US Airways. As a result, North American carriers (shown in bright green) occupy four of the top six places. 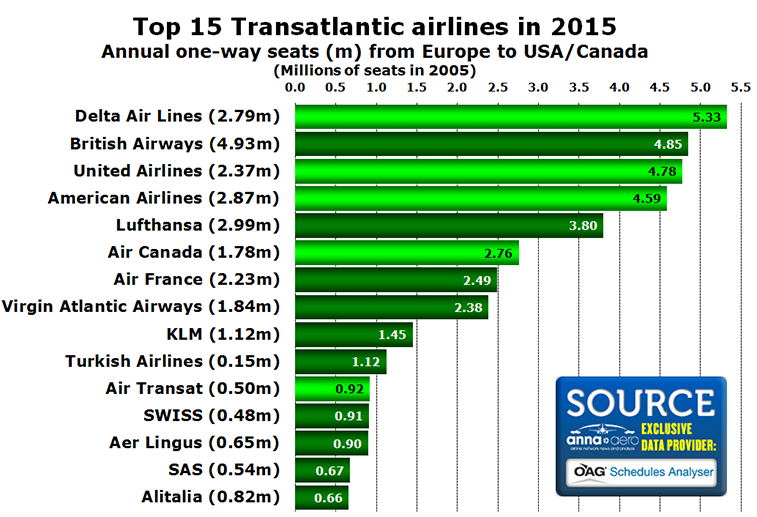 The most impressive growth has arguably come from Turkish Airlines which has seen its transatlantic capacity increase sevenfold in the last decade. Since 2010 it has added routes to Washington Dulles (November 2010), Los Angeles (March 2011), Houston Intercontinental (April 2013), Boston (May 2014) and San Francisco (April 2015) in the US, as well as Montreal in Canada (June 2014). 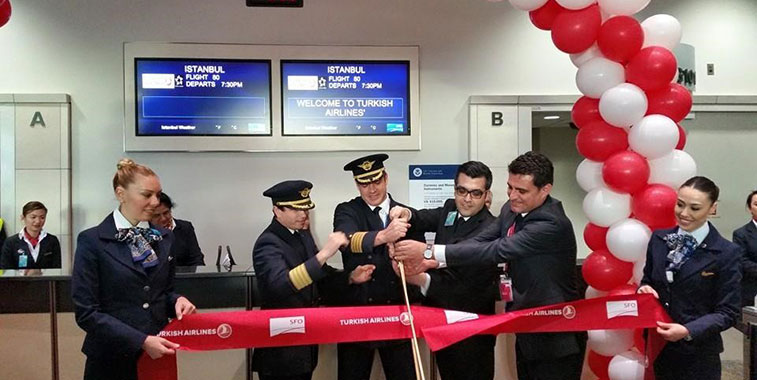 Turkish Airlines’ most recent US route addition was back in April 2015 when it began daily flights to San Francisco from its Istanbul Atatürk hub.

Lurking just outside the top 15 airlines are Icelandair, Norwegian, Iberia and airberlin. In 2005 a total of 59 airlines operated scheduled transatlantic services. This has fallen slightly to 57 in 2015, which sounds like little has changed. However, 24 airlines have disappeared from the market while 22 have entered, including Air Europa, Emirates, Jet Airways, La Compagnie, Norwegian, WestJet, WOW air and XL Airways France.

A closer look at which airports in Europe are the leading providers of weekly seat capacity this summer shows that London Heathrow is by some distance number one. The UK airport offers almost 80% more seats across the ‘pond’ than any other airport, with Paris CDG and Frankfurt vying for second place. A total of 67 European airports offer at least one weekly flight this summer to a destination in either Canada or the USA. 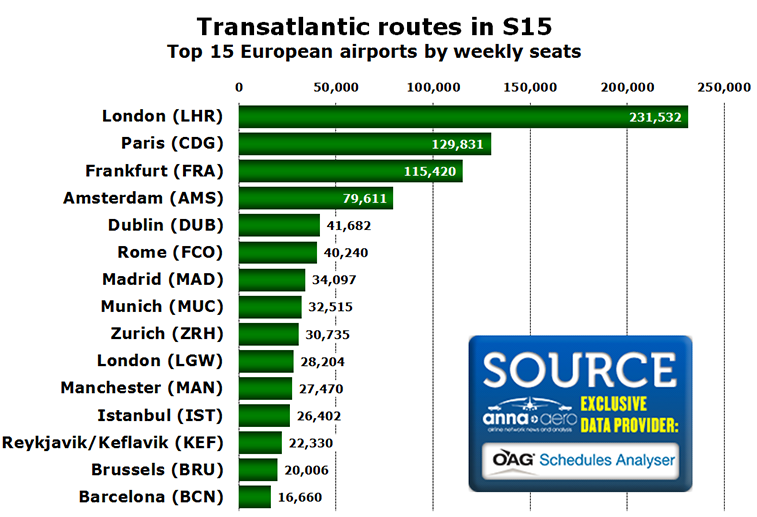 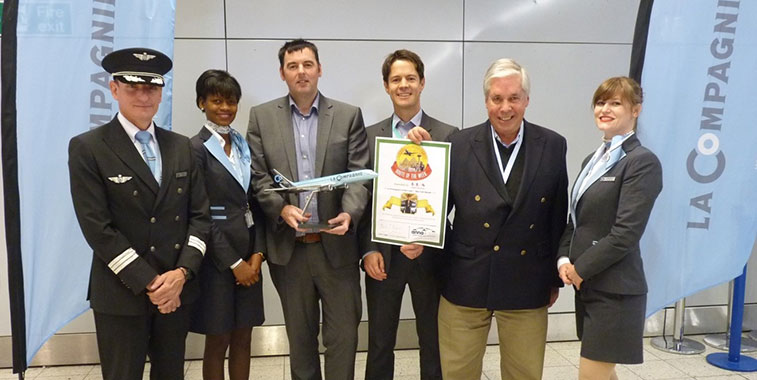 London Luton recently rejoined the list of European airports with direct service to the US when French carrier La Compagnie began operating flights from the UK airport to New York Newark.