Wizz Air launches base #20 in Košice 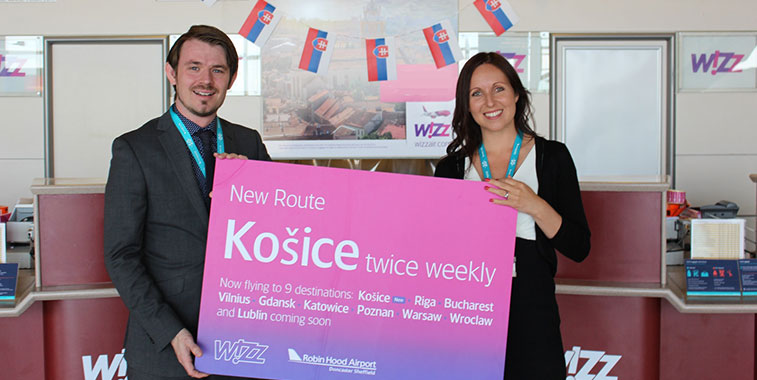 Doncaster Sheffield’s Chris Harcombe, Head of Aviation Development and Kate Stow, Head of Marketing and Communications, celebrate the launch of flights to Košice. The latest route launch now means Wizz Air operates to nine destinations from the Yorkshire airport, with a tenth, Lublin, starting in September.