The inaugural flight festivities at Austin-Bergstrom included a live performance by Austin indie folk rocker John Neilson, and a ribbon cutting ceremony fronted by: Matt Curtis, Director of Government Relations for Home Away and Jim Smith, Austin-Bergstrom Executive Director. Services to Cincinnati will operate twice-weekly on Thursdays and Sundays. 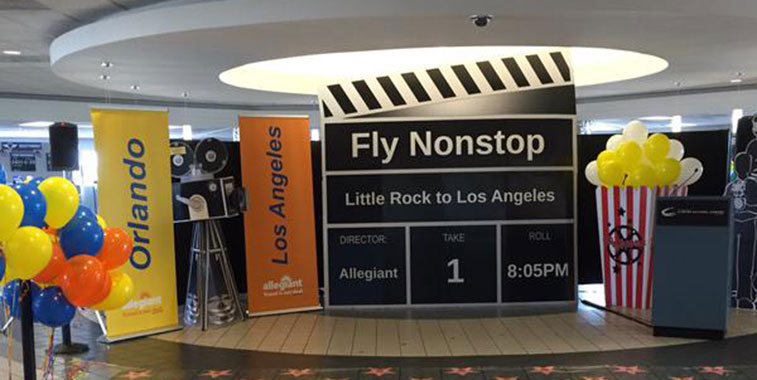 Little Rock celebrated the launch of services to Los Angeles on 4 June with a Hollywood theme that included balloon popcorn (not known if salt or sweet-flavoured). Flights will operate twice-weekly on Thursdays and Sundays using MD-80s.