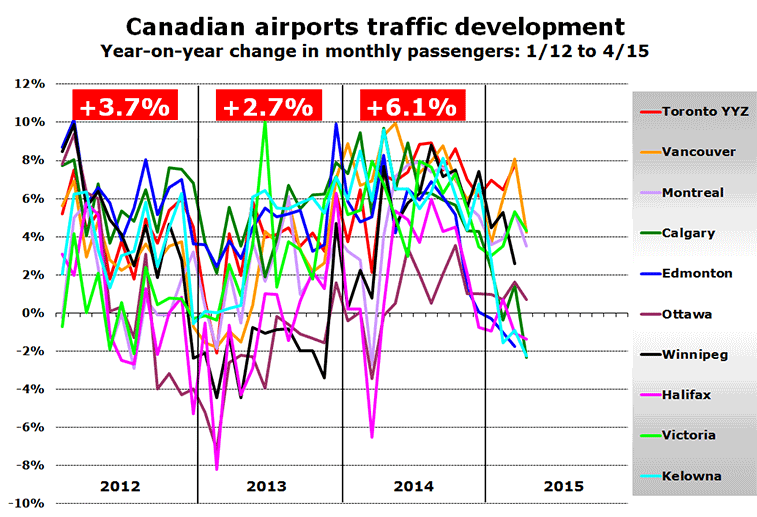 Vancouver leads way on US growth

The eight busiest Canadian airports all break down their traffic figures into domestic, transborder (US) and international (non-US). A graph of 2015 year-to-date ‘growth’ for each airport by region reveals that domestic traffic is up at six airports, but with only Winnipeg achieving growth of more than 5%. In the transborder market six of the eight airports are reporting growth, led by Vancouver (+13.1%), Ottawa (+7.8%) and Toronto Pearson (+7.2%). 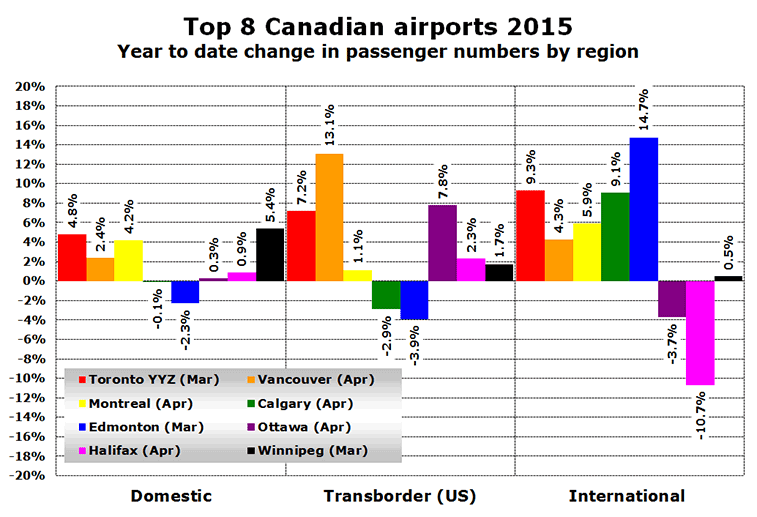 International (non-US) traffic is up at six of the eight airports, with Edmonton reporting impressive double-digit growth of almost 15% in Q1, followed by Toronto Pearson (+9.3%) and Calgary (+9.1%). Only Toronto Pearson, Vancouver, Montreal and Winnipeg have reported year-to-date growth in all three market segments in 2015.

The following new international (including US) services have been introduced during the current S15 season from Canada’s main airports:

In addition Air Canada has already announced plans to operate non-stop flights from Toronto Pearson to Delhi and Dubai starting in November 2015. Canadian carriers have also been busy launching new international services in 2015. Air Canada rouge began Vancouver-Osaka Kansai and Montreal-Venice flights in May, while WestJet now links Halifax and Glasgow in Scotland during the summer season, the airline’s second transatlantic route.