Monarch sets out to be king of anna.aero-Budapest Airport Runway Run 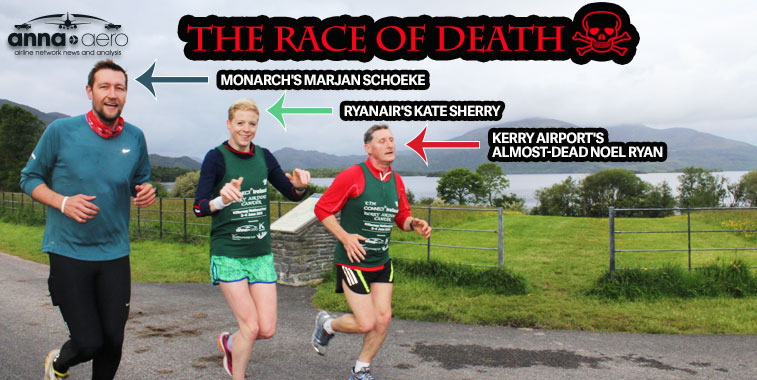 After taking part in last week’s CONNECT Kerry Airport Canter – two running events sponsored by the anna.aero-Budapest Airport Runway Run – Monarch Airlines’ Head of Network Development, Marjan Schoeke, has now signed up to the Budapest Airport main event, with the hope that he can bring a Monarch team to compete for the key Golden Cake Trophy of “Fastest Airline In The World.”

“The runners in our company all seem a bit injured, but hopefully we can get a team together,” says Schoeke, who joined Monarch just over a year ago, and quickly becoming one of the key architects of the airline’s restructuring to an all-scheduled, predominantly A320/A321 operation. Schoeke is a well-known face in the industry, having spent four years as Director of Marketing at Berlin Brandenburg Airport, while previously he was at the low cost carrier, Hapag-Lloyd Express.

A keen sportsman, Schoeke (36), is a normally more at home as a long-distance hiker, climber and participating in water sports rather than running, although he was consistently a lead pack runner in the CONNECT Kerry Airport Canter.

There are two race distances – 10km (four runway lengths) and 5km. Runners can take part on an individual basis, or form teams of three or more (only the fastest three runners’ times count towards the team times).

All BUD Runway Run entry fees – just €30 before July 2015 and €50 thereafter – are entirely donated to international child cancer causes and a Hungarian charity assisting the inclusiveness of handicapped people in sports. Besides nine air transport industry trophies every finisher receives “The Bron’s Medal” named for Brontë “Bron” Hogan, the anna.aero publisher’s 12-year-old daughter, who passed away in 2011 after a five-year battle with leukaemia. 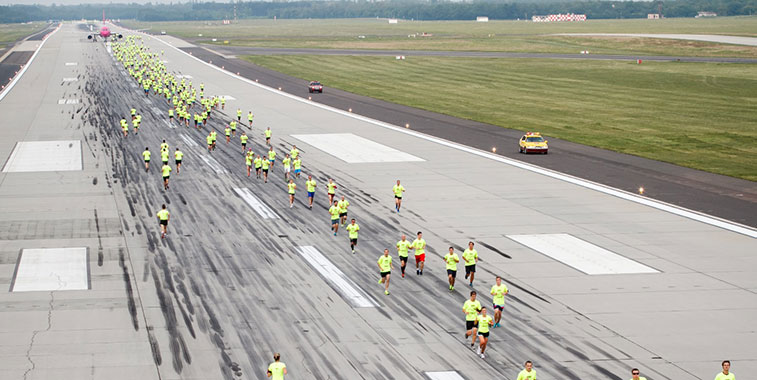 609 runners from the world air transport community participated in the 2014 Budapest Airport Runway Run (“The Race to Find The Fastest Airline In The World”). anna.aero and Budapest Airport are targeting 1,000 entrants of all abilities in 2015.