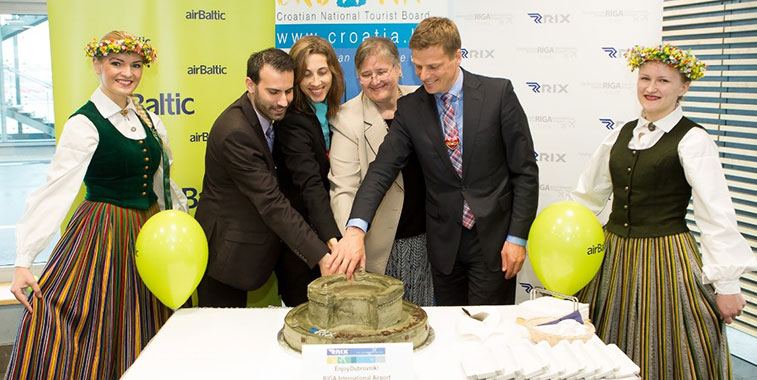 On 26 May airBaltic began twice-weekly flights between Riga in Latvia and Dubrovnik. The airline already serves Rijeka from Riga. According to anna.aero’s analysis of OAG schedule data, airBaltic is one of over 20 airlines to have launched new services to airports in Croatia since last summer, helping the country to an expected 7% growth in summer seat capacity.

In July 2013 Croatia became the 28th and newest member of the European Union. While such an event had a significant impact on air traffic development in countries such as Hungary, Poland and Romania, there has been little evidence of a step-change in passenger demand across Croatia’s airports. Growth was 7% in 2012, 5% in 2013 and 6.7% in 2014, just above the 5.5% achieved across all airports in Europe last year. Between 2004 and 2014 passenger numbers at the country’s six busiest airports doubled from 3.35 million to 6.74 million. 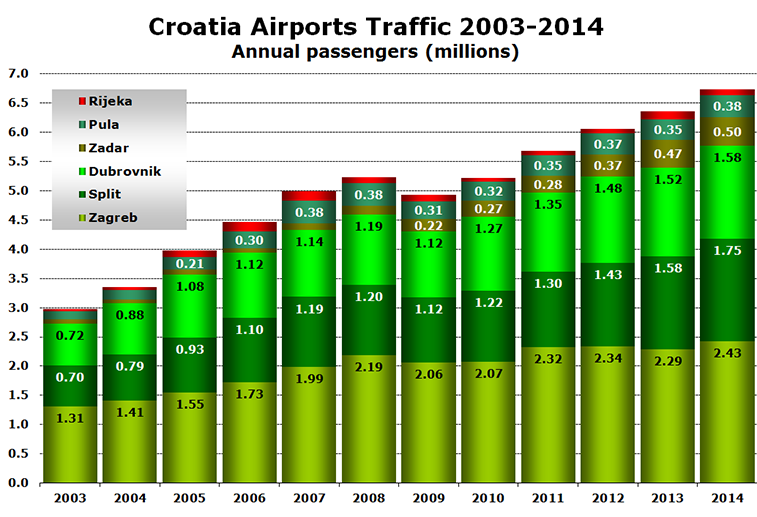 Zagreb, the capital, is home to Croatia’s busiest airport, but Split and Dubrovnik have been battling it out for all of the last decade to claim the title of the country’s second busiest airport. In the last couple of years Split appears to have moved decisively ahead, while Zadar has overtaken Pula for fourth place.

Examining schedule data for the peak August period reveals that easyJet is gaining on Croatia Airlines as the airline providing the most weekly seat capacity on international services across all Croatian airports. Across all airlines, scheduled summer seat capacity is up once again by around 7%, but both Croatia Airlines and easyJet are planning to grow their capacity by more than 10% in the peak period. easyJet has launched eight new routes involving Croatian airports this summer including Amsterdam-Dubrovnik, as well as Belfast, London Luton and Newcastle to Split. 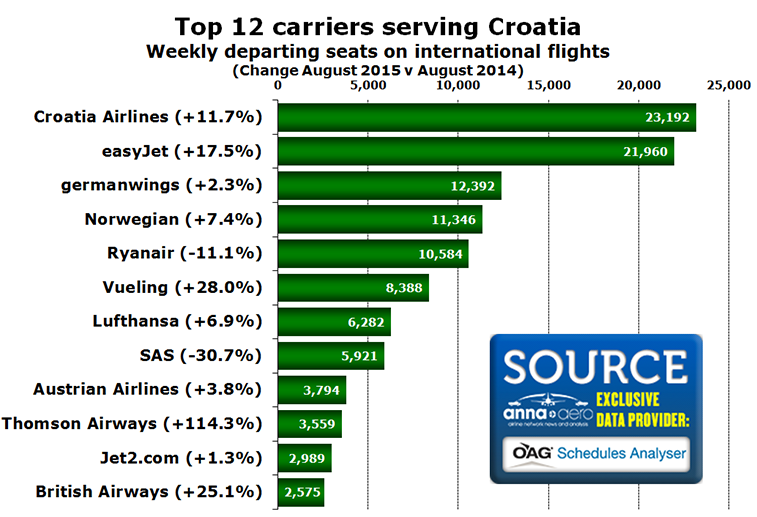 LCCs fill the places from second to sixth behind Croatia Airlines, highlighting the country’s appeal to leisure travellers, especially during the summer period. Of the top 12 airlines just two, Ryanair and SAS, appear to have cut capacity since last summer, despite the fact that Ryanair made Zadar a base at the start of the summer 2013 season. Vueling is the fastest-growing of the major LCCs having added five new routes since last summer (all of which are seasonal and launch later this month or in July), and dropped one.

UK leisure airline, Thomson Airways, part of the TUI travel group, has doubled its presence in the Croatian market this summer, increasing its routes from the UK from six to 12. During May, the airline started new weekly flights from Bristol to Dubrovnik and Pula, from Glasgow and Newcastle to Dubrovnik, and from London Gatwick and Manchester to Split. Worth noting is that British Airways has also launched a service to Split from London Heathrow on 3 May, as did Finnair from Helsinki on 5 May. 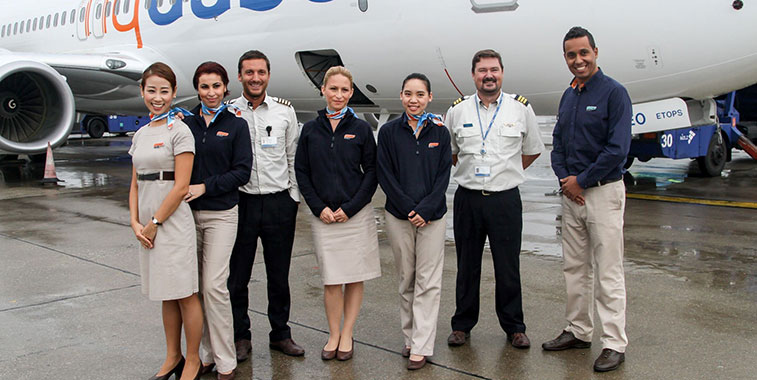 On 16 December 2014 flydubai began serving Zagreb from its Dubai hub. This summer the route operates thrice-weekly with 737-800s.

Other significant route launches include Air Serbia resuming flights between Zagreb and Belgrade last December, Brussels Airlines linking Brussels capital with Dubrovnik and flydubai operating low-cost flights between Dubai and Zagreb since 16 December. Additional new services starting before the end of the summer season include Alitalia linking Milan Linate with Dubrovnik and Split, Norwegian starting Pula flights from both Helsinki and London Gatwick, and Vueling starting Split flights from Catania, Palermo and Turin.

Germany and UK generate 40% of international traffic in summer

Analysis of schedule data by country market reveals that Germany and the UK are the two leading country markets this summer, with Germany slightly bigger than the UK. Between them the two airlines account for 40% of international scheduled seat capacity this August. Since last summer Italy and France have both overtaken Norway in the country rankings. Three Nordic markets are showing capacity reductions, as is Russia. Among the smaller country markets Spain, Switzerland, Netherlands, Finland and Serbia have all seen capacity growth this summer of between 25% and 35%. 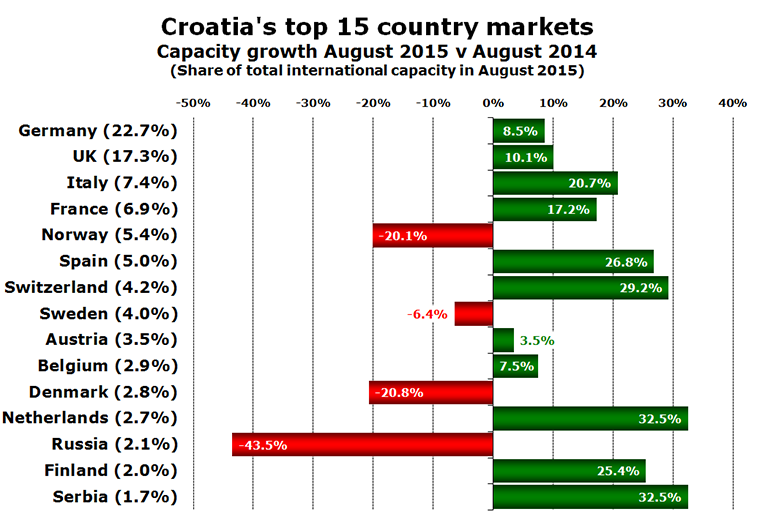 A total of 31 country markets are served this summer with non-stop flights, including Qatar, which is now served non-stop by Qatar Airways from its Doha base. Until last winter the route was operated as a one-stop service via Budapest. Routes to Poland have disappeared for now following the demise of eurolot, which operated seasonal services to various Croatian airports from various Polish airports. Croatia’s national carrier, Croatia Airlines, has added three routes to its network this summer. On 29 March it linked Rijeka with Munich, on 24 April it began twice-weekly flights between Dubrovnik and Nice (see picture) and on 24 June it will introduce weekly flights between Split and Skopje.