Giving excellent instructions during the arrival of Wizz Air’s first flight from London Luton is anna.aero’s Business Development Associate, Vlad Cristescu, while Constanta Airport’s fire crew performed the classic “Big Boy, Little Boy”. In fact, there are quite a few different, descriptive and medical-sounding names for this Fire Truck Water Arch (FTWA) style, but luckily we don’t have room for them here. See how Constanta’s FTWA compares to the others sent in this week from around the world.

anna.aero was delighted to be invited by Constanta Airport (perhaps better known as Mihail Kogalniceanu International Airport) to the arrival ceremony of Wizz Air’s maiden flight from London Luton on 12 June. The 2,279-kilometre sector to the airport located on the Black Sea Coast and the biggest gateway to the southeast side of Romania will be operated twice-weekly (Mondays and Fridays), utilising the Hungarian ULCC’s 180-seat A320s. In fact, Wizz Air is the third scheduled airline at the airport, joining the existing Turkish Airlines’ four weekly departures (Tuesdays, Wednesdays, Fridays and Sundays) to Istanbul Atatürk and Blue Air’s twice-weekly flights (Wednesdays and Saturdays) to Milan/Bergamo, with the latter having been launched on 2 May. According to anna.aero’s archives Blue Air also operated from Constanta to Brussels for around two months in the summer of 2008, while Ryanair flew to Pisa and Milan/Bergamo until the start of W14.

Constanta is Wizz Air’s seventh airport being operated in the Romanian country market, along with Bucharest (135 weekly departures), Cluj-Napoca (77), Timisoara (40), Targu Mures (24), Sibiu (6) and Iasi (four), according to OAG Schedules Analyser data for this June. Noteworthy is the fact that the ULCC has been operating to Craiova (16) until 1 June, when it temporary ceased operations due to a maintenance project having been undertaken at the runway. anna.aero’s Cristescu arrived at the airport one hour before the celebrations to explore the facility that once handled around 779,000 passengers, when tourism to the Romanian Riviera was at a high in 1979. Constanta’s single runway of 3,500 metres is capable of handling all aircraft types, while the apron features 18 parking stands. 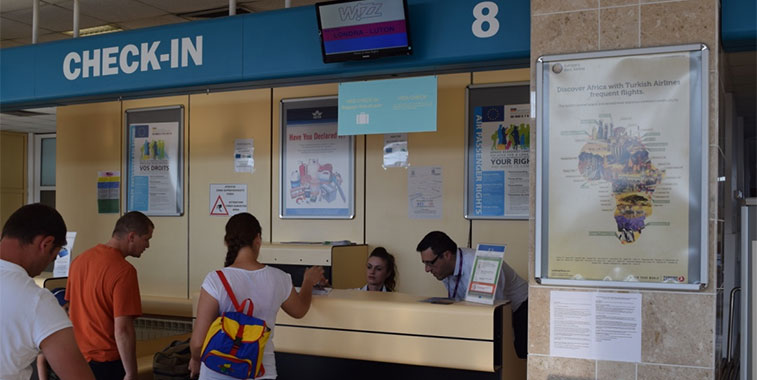 Scheduled to depart from Constanta at 20:05 local time, the first flight to Luton had a 100% load factor, while the arrival one that touched down at 19:35 was 98% full. Wizz Air will connect the two destinations twice-weekly on Fridays and Mondays. However, it is likely that the airline will expand its frequency on the sector considering the massive demand. 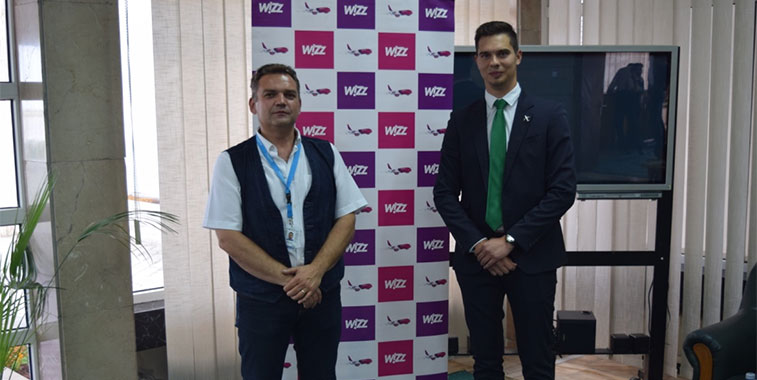 To kill some time, Ioan Nagy, Head of Marketing and International Affairs, Constanta Airport explained to Cristescu that this is just the beginning for the airport: “We still have an impressive route shopping list, which includes connections to five key European country markets: Italy, Spain, France, Greece and Germany. Within the destinations that are currently unserved and would support a mix of both business and leisure traffic are: Rome, Paris, Madrid, Athens, Munich, Milan, Barcelona etc,” highlighted Nagy. 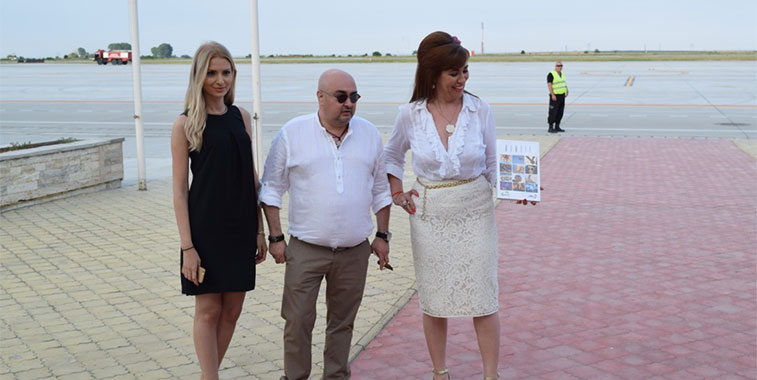 While waiting for the airline’s first touch down, Cristina-Alexandra Florea, Director of Cabinet, Ministry of Transport; Bogdan Artagea, GM, Constanta Airport; and Corina Martin, President, “LITORAL” Association for Promotion and Development seized the moment to market Mamaia, considered to be Romania’s most popular seaside resort. Mamaia is classified as a satellite town of Constanta, being a strip of land between the Black Sea and the Siutghiol Lake. Posing in front of Wizz Air’s 180-seat A320 that had just arrived at Constanta are anna.aero’s Vlad Cristescu and Ministry of Transport’s Cristina-Alexandra Florea, who mentioned that the Romanian Black Seat Coast is a land of leisure opportunities, which means it’s a land of commercial opportunities for low-cost operators. 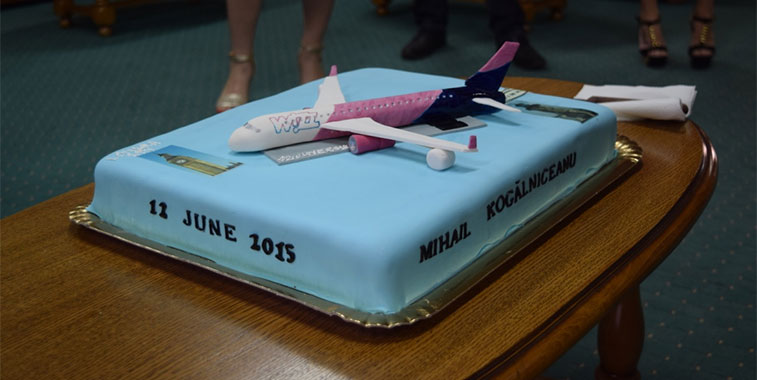 Lastly, the celebrations were closed with a special reception that included this fantastic and “very tasty” cake, according to Cristescu.