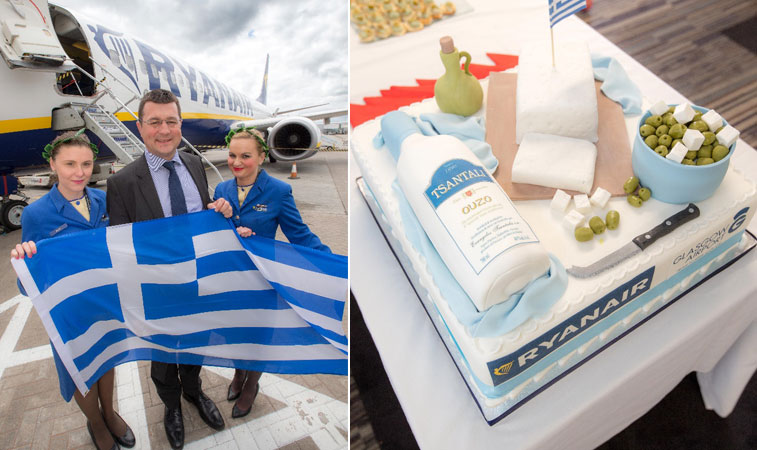 The recent launch of Ryanair’s new non-stop service from Glasgow to Chania will help the Greek airport to welcome capacity growth this August of around 35%, making it the fastest-growing airport among our basket of European airports with a high proportion of inbound tourist traffic.

With the summer school holidays rapidly approaching, we thought it would be interesting to see which of a basket of European airports, with a strong focus on inbound leisure traffic, were likely to be winners this summer. A total of 18 airports in Bulgaria, Croatia, Cyprus, Greece and Malta were selected. Using OAG schedule data for August 2014 and August 2015 revealed that 16 of these 18 airports are expecting growth this summer, based on seat capacity. Although Greek airports only accounted for half of the airports selected, they supplied seven of the top eight fastest-growing destinations. The top eight airports are all showing capacity growth of more than 15%, with Varna in Bulgaria the only non-Greek airport. 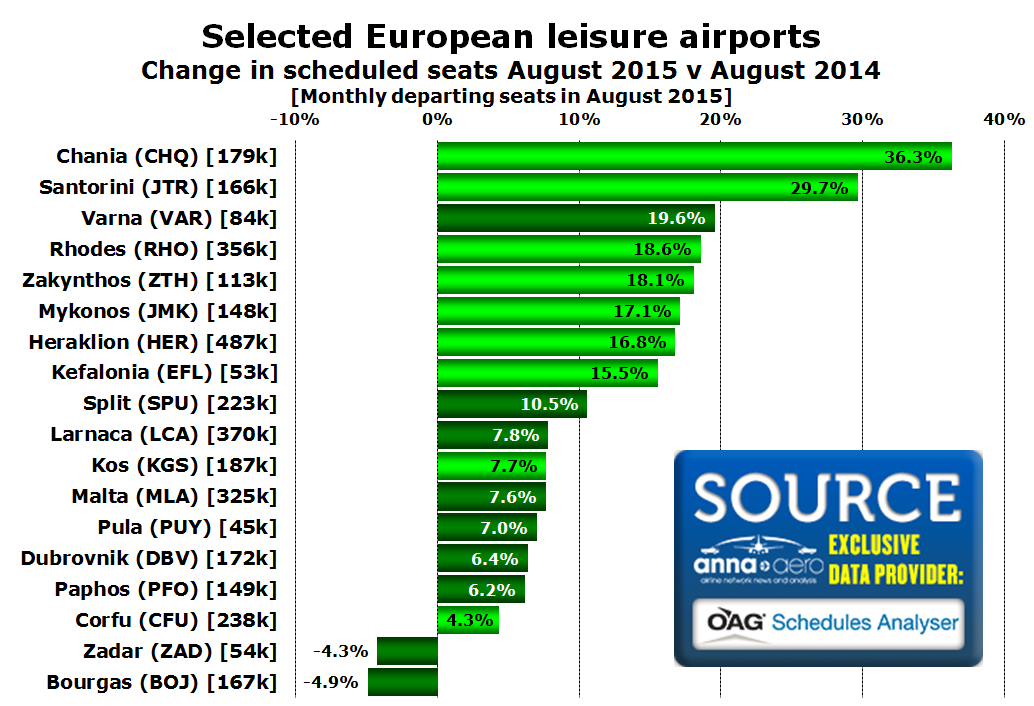 Considering the collapse of Cyprus Airways earlier in the year, it is interesting to note that both Larnaca and Paphos airports will see capacity growth in August. Only Bourgas in Bulgaria and Zadar in Croatia currently show a reduction in expected scheduled seat capacity this summer. Apart from the leading Greek airports and Varna, the only other airport to register double-digit capacity growth in August is Split in Croatia. Greek growth. Zakynthos, Kefalonia and Mykonos are all expecting healthy double-digit growth this summer. Some of this is down to new services started this summer; such as easyJet’s new route from Liverpool to Zakynthos, Jet2.com linking Leeds Bradford with Kefalonia and Condor connecting Stuttgart with Mykonos.

In terms of traffic from the UK, the Greek market had been gradually declining for most of the first decade of the new millennium, before starting a recovery in 2011. Last year traffic between the UK and Greece was up an impressive 13%, to a level last seen in 2004. Comparing the Greek market (which was relatively mature in 2000) with five non-EU country markets dominated by leisure traffic (Egypt, Kenya, Morocco, Tunisia and Turkey) shows how the Turkish market, which was around one-third the size of the Greek market in 2000, overtook it just 10 years later. The Egyptian market also grew rapidly, at least until 2010, since when the country’s political situation appears to have impacted somewhat on its appeal as a leisure destination. 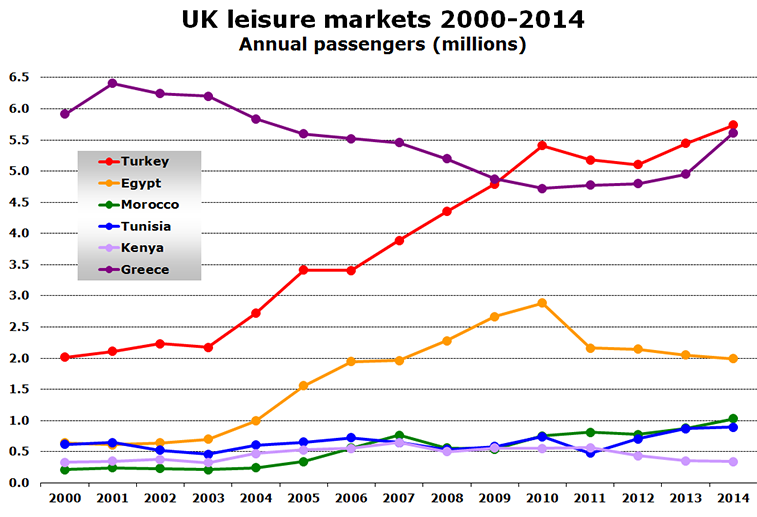 The volatility of these markets becomes easier to see if, rather than using actual passenger figures, we plot indexed data, using 2000 as our base year. It is now easier to recognise the peaks and troughs in demand, as external factors such as political instability and terrorist attacks have taken their toll. 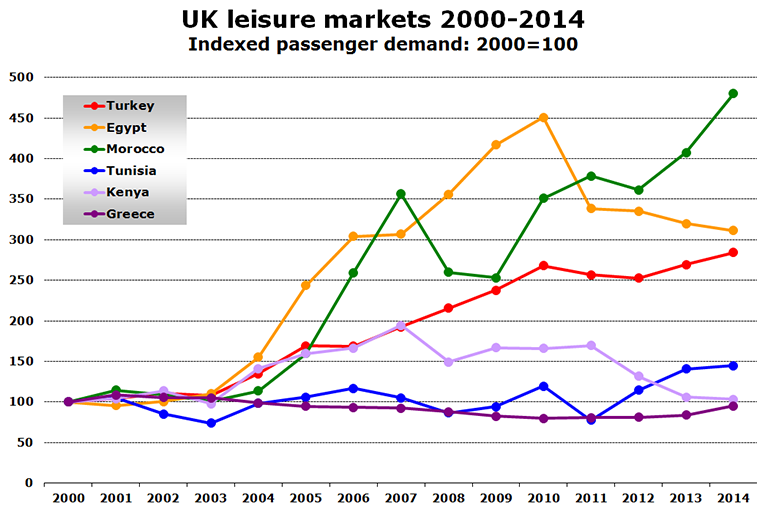 Despite the once-again growing uncertainty about Greece’s fiscal position, UK holiday-makers at least appear to be recognising the country as a safe and appealing destination, especially on the main holiday islands where tourism is the main driver of the local economies. The change in the UK-Euro exchange rate during the last two years (one UK Pound is now worth around 1.39 Euros compared with 1.18 Euros in June 2013) also provides an extra incentive for Brits to travel to countries in the Eurozone this year.

Next week anna.aero’s Chief Analyst, Ralph Anker, will be presenting at the ACI Europe General Assembly in Prague. His session on Thursday 25 June on “What are the future tourism trends and forecasts?” will include a panel discussion and presentations from the CEOs of Aéroports de Paris, Czech Tourism, European Travel Commission and World Travel & Tourism Council. If you haven’t booked your place yet, it’s not too late.