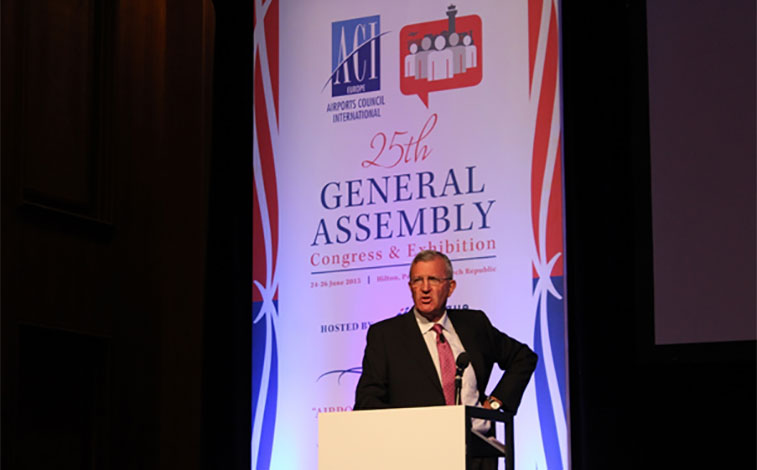 “I didn’t agree with everything Einstein said” observed Cawley coming up with new ideas to challenge the importance of the Theory of Relativity. But he did quote him: “He who continues to do the same, and expects a different outcome, is insane.”

“I see change” said Michael Cawley to the 350 airport delegates at ACI EUROPE’s Annual Congress in Prague on 25 June. “You all now have open-neck shirts, and now it’s my turn to wear a tie,” observed the ex-Deputy CEO of Ryanair who is now the fully-suited Chairman of Fáilte Ireland, the Irish national tourism development authority.

Cawley was charged with answering the following question: “Airports are the gateways to Europe’s tourism markets, but most are also loss-making. Is this inevitable, or are there better ways?” This is what he said:

“Be more like Dubai and integrate tourism and aviation policy – in Europe aviation is seen as a source of taxation, not as an economic stimuli, but it is my experience, as both an airline and now a tourism authority boss, that the downstream tourist spend benefits are 10 times the air fare! The benefits only exist because the airline routes exist.”

“These tourism benefits have to be recognised – the state aid rules [curbing airport support for new routes for example] are idiotic. They lead to airlines basing aircraft on the principles of different tax regimes in Europe, rather than on market decisions of where customers actually want to fly, it is completely inefficient.”

On historical costs: “Airports must ignore sunk/historical costs in their revenue model. No airline would make the decision to start a route which means paying for the construction of exotic facilities just because it won an architectural award in the past…” So how should the airports repay their debt? “By growth and non-aeronautical spend… but please don’t invest too much in the passenger experience – it won’t result in a new route for you, and it won’t drive demand. The passengers are there for 1.5 hours – the airlines are your real customers and you should want them there for the long term.” 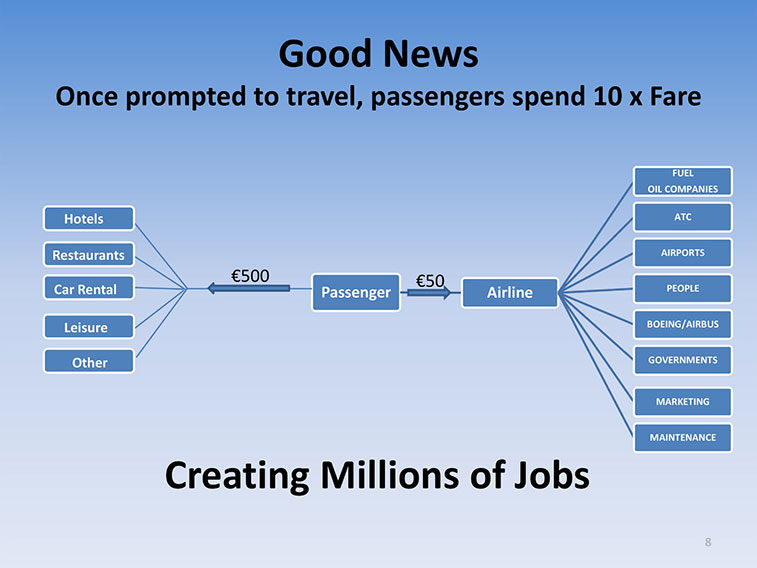 And now the good news: “Be more like Dubai and integrate tourism and aviation policy – “downstream tourist spend benefits are worth 10 times the air fare.”

In this respect Cawley had an unexpected hero from the past: Mike Hodgkinson who was CEO of the Heathrow-led BAA seven-strong airports group 1999-2003. “London Stansted is stunning, it’s the most efficient piece of airport real estate in the world because the two CEOs and two Michaels – Ryanair’s Michael O’Leary and BAA’s Mike Hodgkinson – absolutely collaborated – if you want to see efficiency – go to Stansted,”(which, of course, is now owned by Manchester Airports Group).