With three new entrants in the last 18 months (Air Costa, AirAsia India and most recently Vistara) India’s domestic air travel market once again has nine significant scheduled airlines, the same number as in 2009. MDLR ceased operations towards the end of that year and was followed in 2010 by Paramount. Kingfisher’s dramatic demise in late 2012 came just two years after it was the biggest Indian domestic airline with around 20% of the market. That title now belongs to IndiGo which became the market leader in early 2012 and has now seen its share of domestic air travel grow to almost 40%, well ahead of Jet Airways (less than 20%) and Air India (around 16%). Each of the three newest carriers has around 1% of the market at present. 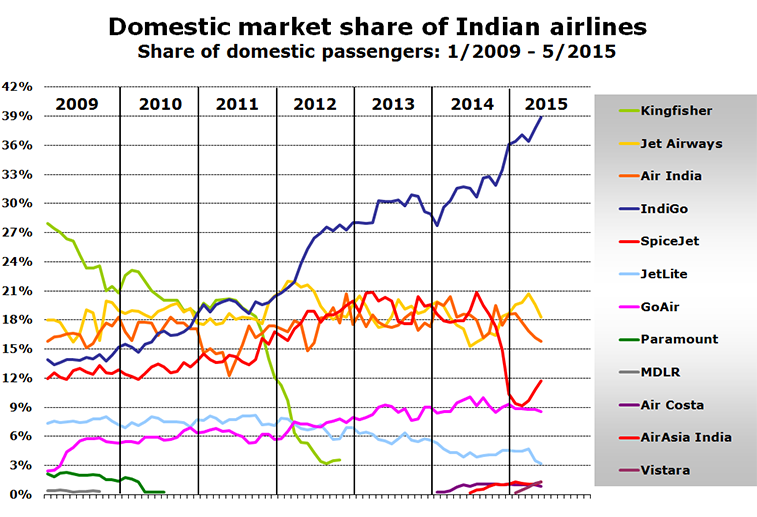 Domestic traffic up around 20% in recent months

Since the beginning of 2015 domestic air travel in India has been growing at around 20%, helped by lower fuel prices. The last time that the domestic market was growing this quickly was back in the third quarter of 2011. 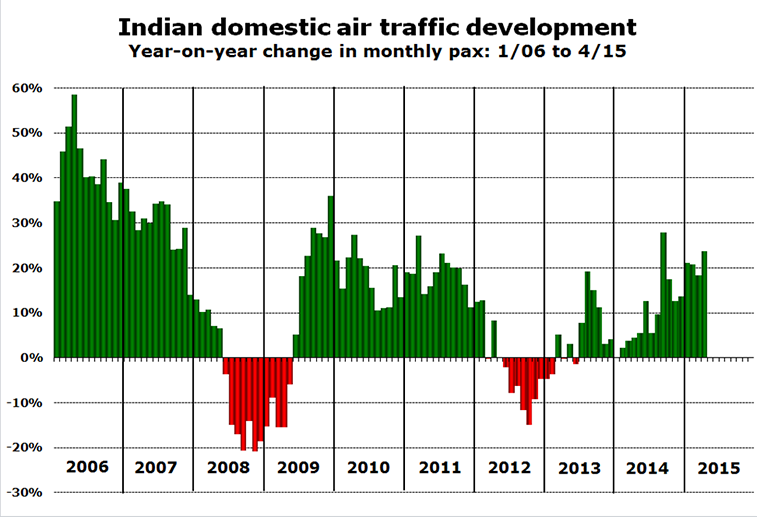 In the more regulated international market traffic growth has been slower, between around 8% and 10% in the first four months of this year. 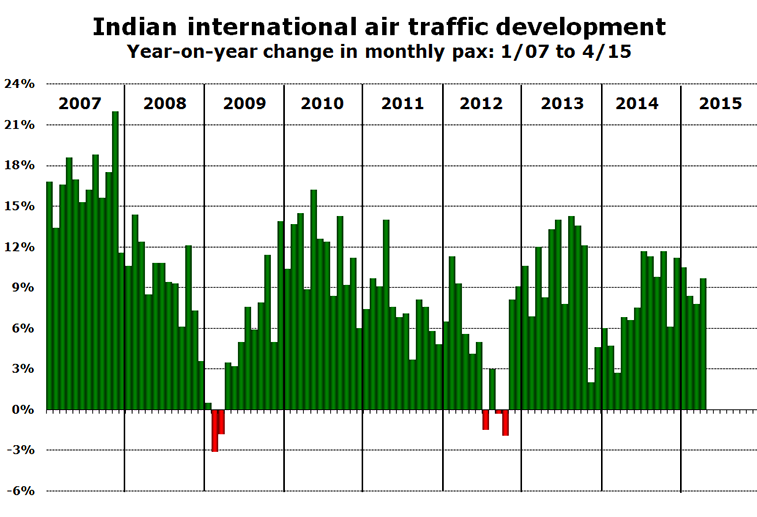 Figures from the Airports Authority of India show that in the 12 months to the end of March 2015, Delhi Airport handled almost 41 million passengers, the first time an Indian airport has ever processed more than 40 million passengers in a 12 month period. Mumbai is not far behind on almost 37 million passengers, and grew slightly faster than Delhi during that period. In total, India’s airports handled 190 million passengers between April 2014 and March 2015 (slightly fewer than at Spain’s airports), an increase of 12.5% over the previous 12 month period. Six of the top 10 airports grew by more than the national average, with Hyderabad reporting a 20% increase in passenger numbers. In terms of ranking, Bengaluru overtook Chennai for third place with growth of almost 20%. 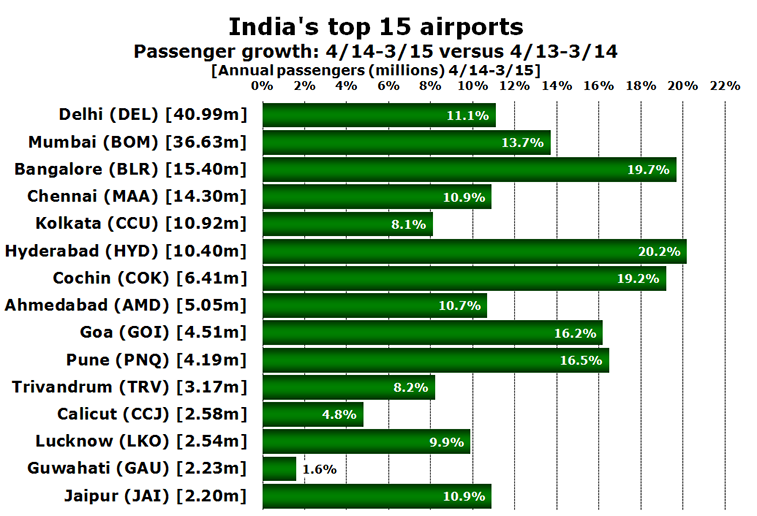 Analysis of the leading airlines operating international service to/from Indian airports reveals that four of the top seven carriers are Indian (light green), while the other three are the MEB3 carriers (in bright green) of Emirates, Etihad Airways and Qatar Airways. Rounding out the top 10 international airlines in India are Air Arabia, Saudi Arabian Airlines and Thai Airways. 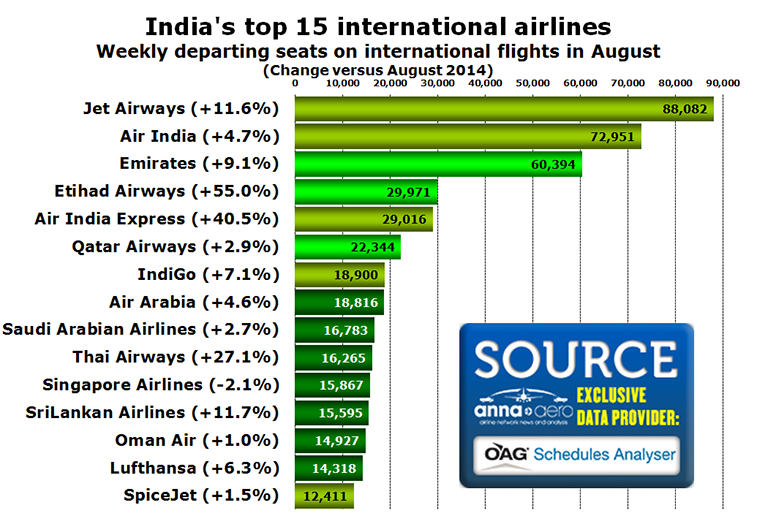 Jet Airways has seen its advantage over Air India grow in the last 12 months, while investor Etihad Airways is the fastest-growing among the top 15 airlines, increasing seat capacity in the Indian market by over 50%. Among the leading airlines only Singapore Airlines has seen a (slight) reduction in seat capacity. Between August 2014 and August 2015, the number of carriers serving the Indian market has grown from 73 to 76, with seat capacity growing by just over 9%.