“Our lovely twins would have stolen the show of even the world’s most beautiful cake, so we just did cup cakes.” The words of a Condor spokesperson on the launch of the airline’s twice-weekly service to Providence on the US east coast. Later that day on 18 June, but across the pond in Providence, celebrations were a bit more formal, with a more traditional route launch cake. The ribbon cutters on the front row were: Congressman David Cicilline; Condor Pilot Gunnar Schmidt; Congressman James Langevin; and Rhode Island Airport Corporation Board Chair John Savage. 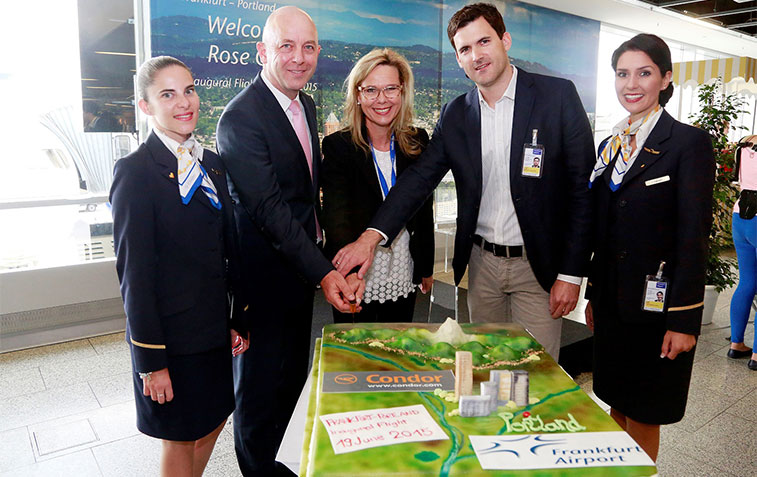 19 June and we’re back in Germany for the launch of the airline’s next US service, this time to Portland in Oregon. Doing the ceremonial cake cutting honours were: Uwe Balser, MD Operations of Condor; Anke Giesen, Fraport’s Executive Board Member and Executive Director Operations; and Christian Zerbian, Country Manager, Brand USA. 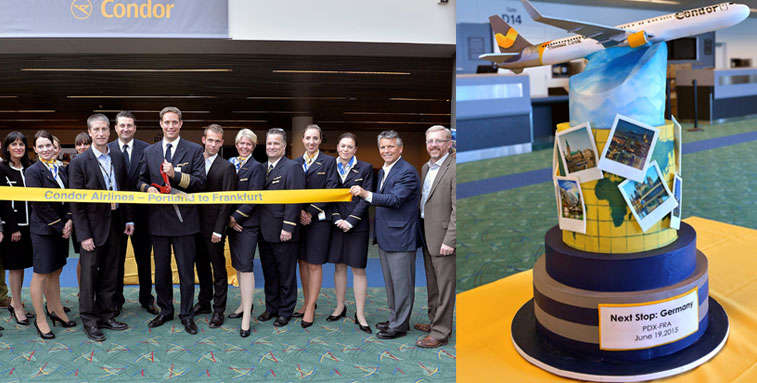