easyJet began twice-weekly operations from London Gatwick to Pula on 23 June, marked by this orange cake, cut by the inaugural flight’s Captain. Pula is a new destination for easyJet. 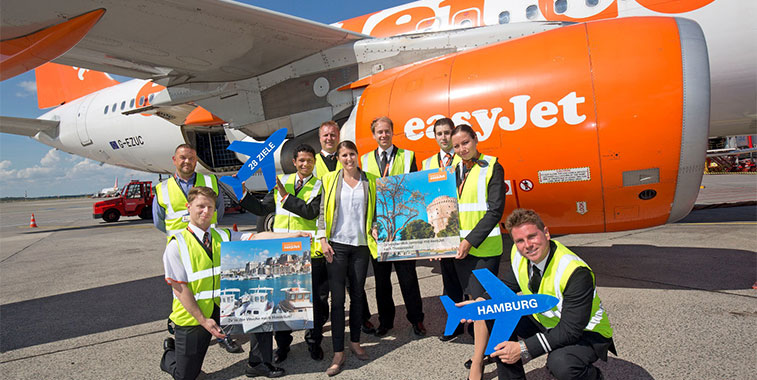 The start of easyJet’s twice-weekly service to Thessaloniki on 29 June completes the 28 destinations ex-Hamburg for its S15 programme. In the centre of the picture, marking the occasion with the inaugural flight’s crew was Alexandra Ringel, Senior Manager Traffic Development & Sales for the German airport (Photo: Michael Penner). This cheese and wine-themed cake, cut by Glasgow Airport’s Commercial Director Francois Bourienne, was used to celebrate the start of easyJet’s twice-weekly service to Bordeaux from the Scottish airport. The first flight on the 724-kilometre sector from Geneva to Menorca was welcomed by this island-shaped cake on 27 June. The twice-weekly, A319-operated route will face no direct competition.