Wizz Air’s first flight to Aberdeen arrives from Gdansk on 19 June. Flights between the Scottish and Polish cities will operate twice-weekly using the ULCC’s A320s. On arrival, the inaugural crew were presented with a Quaich, a traditional two-handled Scottish drinking cup. Carol Benzie, Aberdeen Airport MD, said: “We are delighted to welcome Wizz Air, enabling us to offer passengers our first direct route to Poland. This is a great opportunity for both leisure and business passengers alike and we wish the airline every success.” On 19 June, Billund Airport celebrated the launch of services to Gdansk. Services will be flown twice-weekly using the airline’s A320s. Celebrations in Billund included a cake and ribbon cutting ceremony. Cutting the cake is Polish Ambassador to the Kingdom of Denmark, Rafał Wiśniewski. 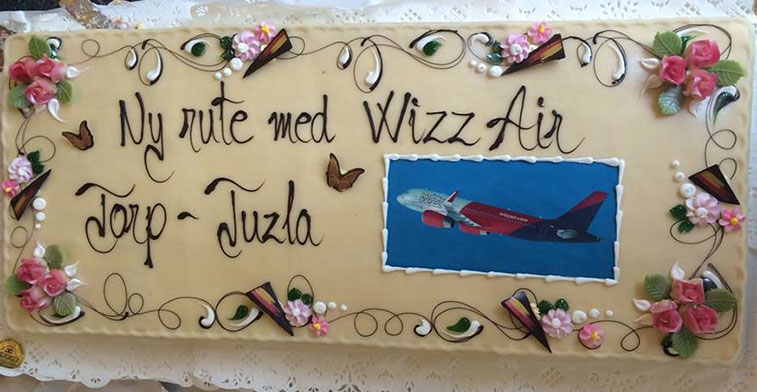 On 24 June, flights were launched between Tuzla and Oslo Torp. Flights on the airport pair will operate twice-weekly facing no direct competition. This is the first service from the Norwegian airport to Bosnia and Herzegovina. 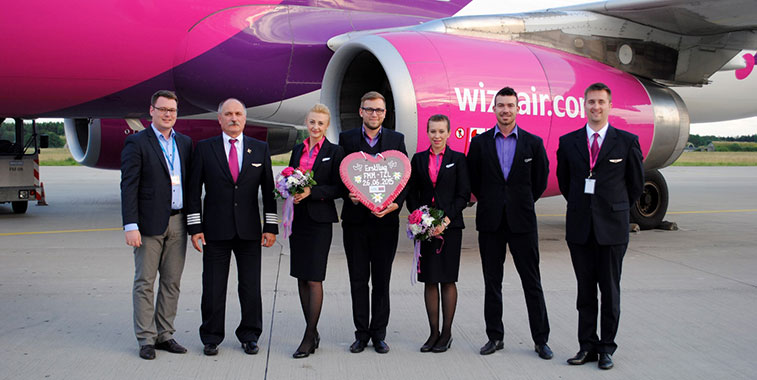 On 26 June, Memmingen Airport welcomed the arrival of Wizz Air’s inaugural flight from Tuzla. The service will operate twice-weekly using the ULCC’s A320s. Tuzla becomes the sixth destination from the German airport for Wizz Air, with a seventh to Sofia, and an eighth to Vilnius, to be launched later this year. On 29 June, Wizz Air celebrated the launch of services from Skopje to five destinations, with the first two being to Oslo Torp and Friedrichshafen respectively. Commenting on the launch, Wizz Air spokesman Daniel de Carvalho, said: “We are thrilled to have five new Wizz Air routes launching this week, raising the total number of routes operated from Skopje to 19. The arrival of our fifth aircraft at our Skopje base represents the commitment that Wizz Air has to the airport.” The other three destinations to be launched from Skopje will be Barcelona, Hamburg and Nuremburg. On 29 June, Friedrichshafen Airport celebrated the arrival of Wizz Air’s inaugural flight from Skopje. Services on the airport pair will operate twice-weekly. This is the first Wizz Air service to the German city, meaning that the ULCC now operates to seven airports across Germany.