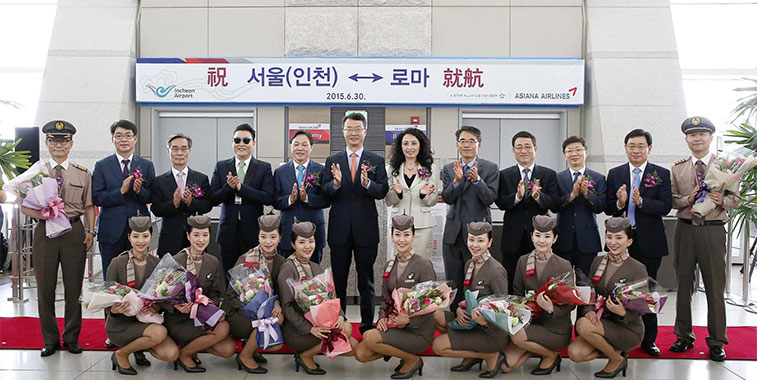 Asiana Airlines launched its first flight to Rome on 30 June. To celebrate the first flight PSY (the famous Korean popstar of “Gangnam style” fame) was made an Honorary Ambassador of Asiana at the launch celebration. Rome is the Star Alliance carrier’s fifth destination in Europe after Frankfurt, Istanbul, London and Paris. 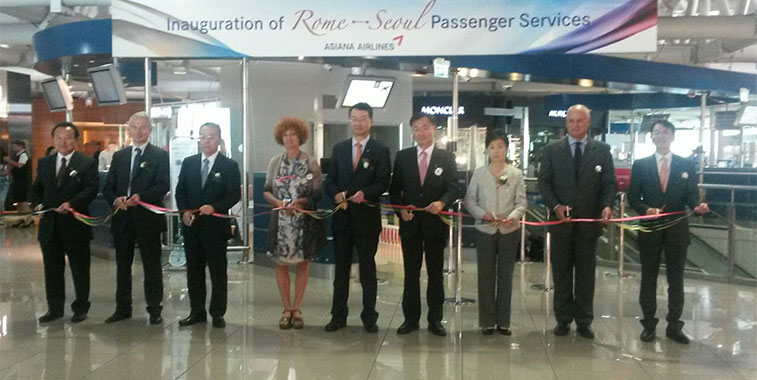 Meanwhile in Rome there was a ribbon-cutting ceremony to commemorate the launch of the new service featuring the President and CEO of Asiana Airlines as well as the South Korean Ambassador to Italy.