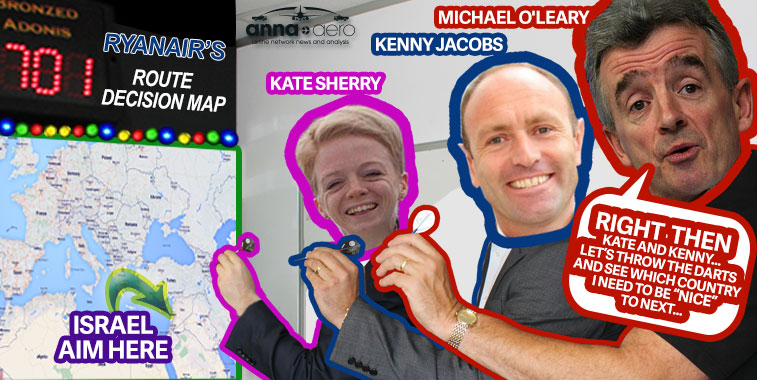 Whether Ryanair used route development science or a pub game to determine that Israel was going to be the next country market it was going to establish itself in is unclear, but one thing is for certain, the Israeli market will never be the same again.

Ryanair has added another country market to the 30 that it flies to today, as the Irish ULCC will begin services to Israel from Budapest on 7 November. It will also start flights from Krakow on the same day, along with Kaunas on 5 November. All three services to Eilat Ovda will be operated twice-weekly. Despite this addition, the number of country markets it serves will still trail its industry peers, with Wizz Air (38) Norwegian (35) and easyJet (32) all offering more than Europe’s largest airline (according to OAG Schedules Analyser for the week commencing 2 July).

With 10 European LCCs already serving Israel from 32 different airports from across the continent, it was only a matter of time before Ryanair entered the fray. The Irish behemoth last started a new country market, albeit a re-start of one it had flown to before, on 1 April 2014, when it began operations from Prague again – initially flying to Dublin. Since then the airline has also add flights from London Stansted, Bremen and Brussels Charleroi to the Czech capital. 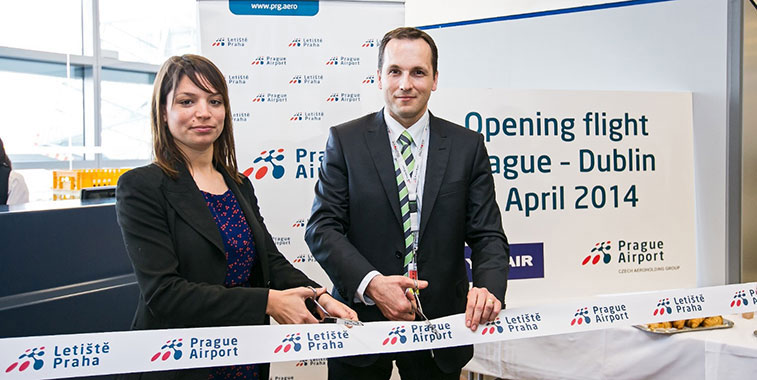 Before landing in Israel, the last ‘new’ country market that Ryanair started was the re-launch of operations to Prague in the Czech Republic. Beginning on 1 April last year with flights to Dublin, the ULCC now also offers services to London Stansted, Bremen and Brussels Charleroi.

Which LCCs do what in Israel?

In terms of the current LCC players in Israel at the moment, easyJet leads the way with 39 weekly frequencies from nine of its bases, followed by Pegasus Airlines and Wizz Air with 32 and 22 weekly flights to Israel respectively (according to OAG Schedules Analyser for the week commencing 2 July). The following table ranks all of the European LCCs currently serving Israel, by size, in terms of weekly frequencies.

The interesting point to make on the above table is the fact that all of these airlines are flying to Tel Aviv, yet Ryanair’s twice-weekly operations from Budapest, Krakow and Kaunas are to Ovda, which is the international airport serving the Red Sea resort of Eilat. According to OAG Schedules Analyser for week commencing 2 July there are no scheduled operators during the summer at the airport, there are however seasonal charters with predominantly Russian airlines. Domestic links to Tel Aviv from the city’s downtown airport of Eilat (ETH) are flown by Arkia and Israir. Operations from here are restricted by the 1,900m long runway.

With the arrival of Ryanair in Ovda, it seems likely that the Israeli Airports Authority (IAA) is now ‘doing deals’ to bring more regular scheduled traffic to the airport – so why not speak to Europe’s biggest (and fiercest?) airline. That said, according to anna.aero’s new route database, and looking at the W15/16 season schedule data, other deals have clearly been done too, with Finnair starting a weekly A320 operation from Helsinki on 28 October (presumably replacing last winter’s operation to Pori/Helsinki by Primera Air), and Germania is launching twice-weekly operations from Düsseldorf on 2 November.

So why the sudden need to do deals with Europe’s LCCs? With the new Ramon International Airport at Timna (18 kilometres to the north of Eilat) slated to open in 2017, and expected to replace both Eilat and Ovda airports, clearly the IAA is looking to justify its significant investment in the single runway facility. anna.aero will of course be keeping a close eye on this anticipated new route gold-rush in southern Israel. 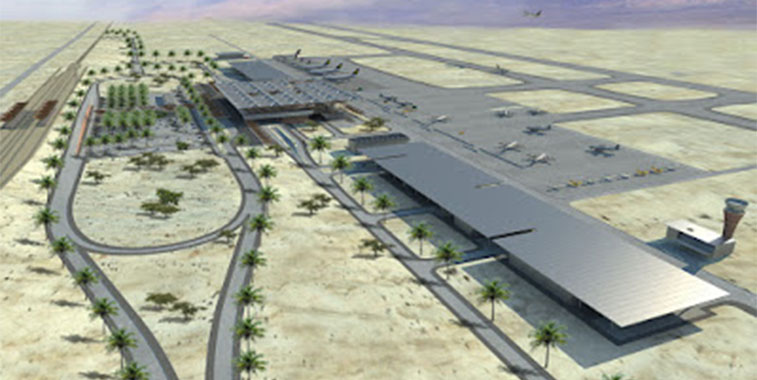 Capacity to fill. Slated to open in 2017, Israeli Airports Authority is planning to replace Ovda and Eilat airports with Ramon International Airport at Timna, 18 kilometres to the north of the city. What better way to do that, than to encourage Europe’s biggest airline to fly there.