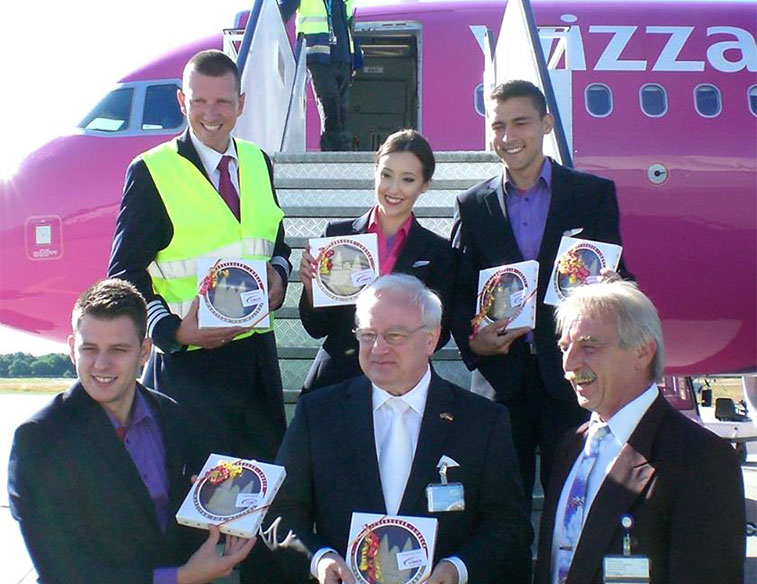 Lübeck Airport celebrated the arrival of Wizz Air’s inaugural flight from Skopje on 1 July. Services will operate twice-weekly on Wednesdays and Sundays. On 1 July, Wizz Air launched a new service to Nuremburg from Skopje. Christian Vogel, Mayor of Nuremburg, was on hand to celebrate the launch of flights while also enjoying a traditional Macedonian dance on the apron. Flights operate twice-weekly on Wednesdays and Sundays. On 1 July, Ohrid airport welcomed the launch of services by Wizz Air to Basel. Cutting the cake in Ohrid are: Zoran Krstevski, TAV Macedonia GM; Nikola Bakraceski, the Major of Ohrid, and Marino Gogov, Ohrid Airport Procurement & Administrative Affairs Deputy Manager. The latest route launch from Ohrid follows on from the 10 June, when Wizz Air began services to London Luton.