On 9 July, Ethiopian Airlines launched services between Addis Ababa and Manila – the first direct flight from Philippines to Africa. Services between the two capital cities have been made possible since Philippines and Ethiopia signed an air service agreement in October 2014. Cutting the ribbon in Manila is Ethiopian Airlines CEO, Tewolde Gebremariam. Services on the 8,922-kilometre sector will be flown thrice-weekly using 767-300s via the airline’s existing Bangkok operation. 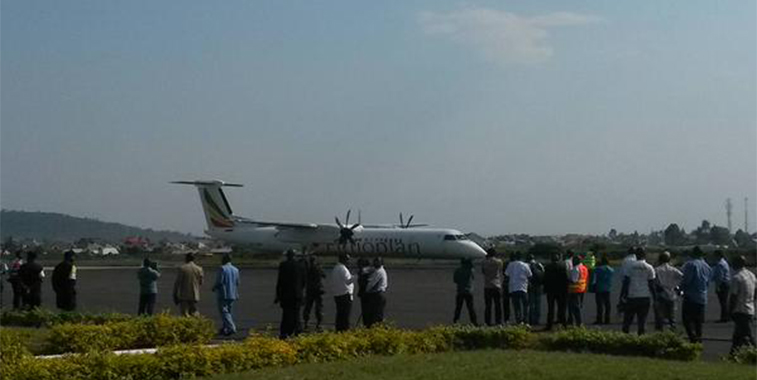 Arriving into Goma on 10 July is Ethiopian Airlines’ inaugural flight from Addis Ababa. Services on the 1,590-kilometre sector to the capital of the Democratic Republic of the Congo’s North Kivu province will operate thrice-weekly, and are flown using the carrier’s 74-seat Q400s.