First ever Pakistani winner of Arch of Triumph

Having held the lead since 5 June, Košice Airport has been toppled by Faisalabad Airport in Pakistan from the summit of the Arch of Triumph table. What a week for the Pakistani regional airport – seeing its first international flights from Dubai (the only existing flights were to Karachi) with flydubai ‒ and as part of these new route celebrations not only securing Pakistan’s first ever Arch of Triumph win from the country’s first ever entry in the competition, but leaping to the top of the leader board at the same time. The story is very similar to that of the now #2 placed Košice, which has only entered the competition once, and immediately trashed the scores of the top 10 incumbents with a whopping 36.8. The win for Asia, sees it pull away from North America in the battle for second place (behind Europe) in the inter-regional competition. Asia now has six wins in total (against North America’s five) and five spots in the top 10 – making it the best performing region in this regard. Keep Monitoring!! 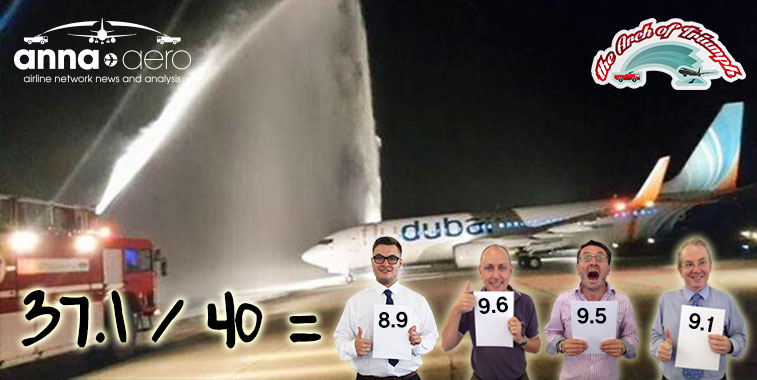 It’s grainy but it’s great. The anna.aero judge that found this FTWA was that excited he immediately sent it to his fellow judges…even on a Sunday night…

Judge’s Comments: Picture the scene, your humble anna.aero Editor is burning the Sunday night oil, clearing e-mails, with some bland TV programme on in the background. He gets to an e-mail from his contact at flydubai, who has sent him a link to the Pakistani CAA twitter page, where pictures of his airline’s inaugural service to Faisalabad can be found. anna.aero’s Editor merely utters a single word ‒ “Wow” ‒ before turning the lap-top screen to his long-suffering wife (who has to feign excitement at such things all the time – especially cakes). Such is his excitement, he can’t contain himself, and has to immediately send the FTWA to his fellow judges. No surprises that this FTWA is this week’s winner then…and now tops the overall leader board… 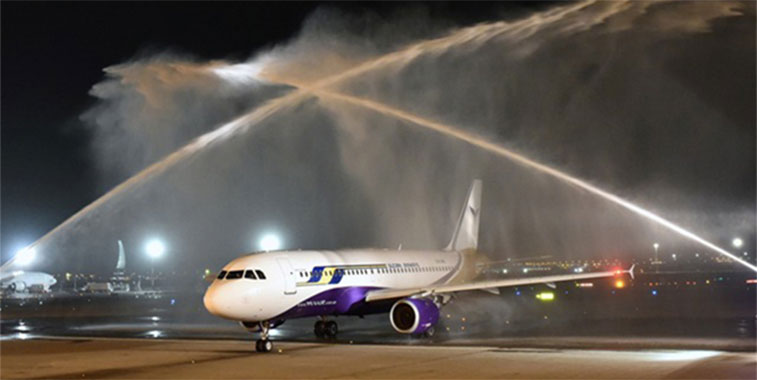 What no fire tenders…?

Judge’s Comments: This is a very handsome ‘Roman Cross’ FTWA from the Abu Dhabi firefighters marking Sudan Airways’ arrival on 7 July, but the four anna.aero judges do like to see a bit of fire tender in the image too – great for gaining exposure for the airport’s brand too! The firefighters at Osaka Kansai have every reason to be upset after producing this FTWA…is that their tears on the aircraft’s window…?

Judge’s Comments: In a normal week, a score of 35.1 – with the bonus interior shot ‒ would win the weekly Arch of Triumph competition, indeed the airport would have also taken eighth spot on the overall leader board. However, with the dream night shot from Faisalabad to contend with this week, the firefighters of Osaka Kansai will have to wait a little bit longer for their first win… 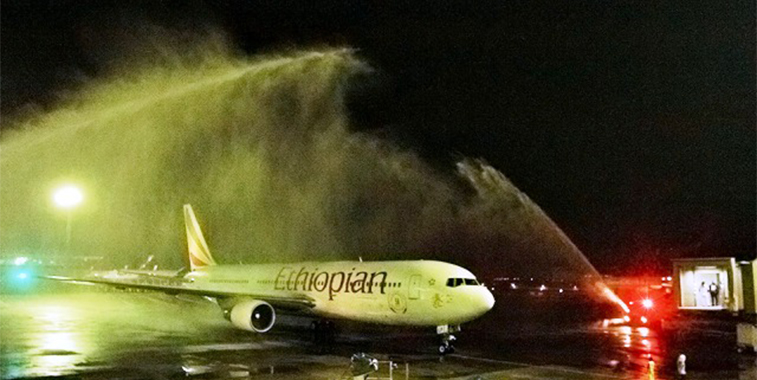 Is that a flame thrower or a fire tender at Manila…?

Judge’s Comments: Are we witnessing a new trend here in the Philippines? The use of a special tender able to produce a water jet and a plume of fire at the same time. I guess if there was a fire as a result of the use of a flame thrower, the Manila Airport Fire Service’s response time would be well below one second…