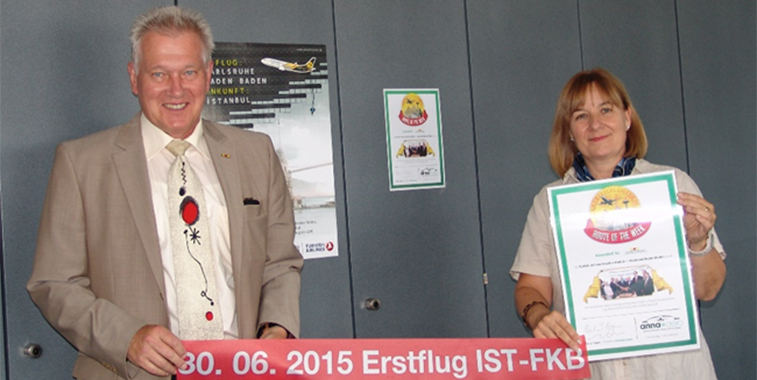 Karlsruhe/Baden-Baden Airport received its Route of the Week certificate, awarded for the launch of Turkish Airlines’ service to Istanbul Atatürk on 30 June. Posing with the award are the airport’s MD, Manfred Jung, and Marketing Manager, Elke Fleig. 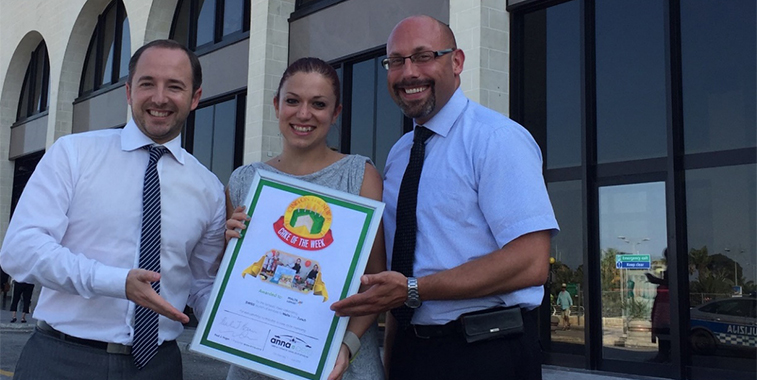 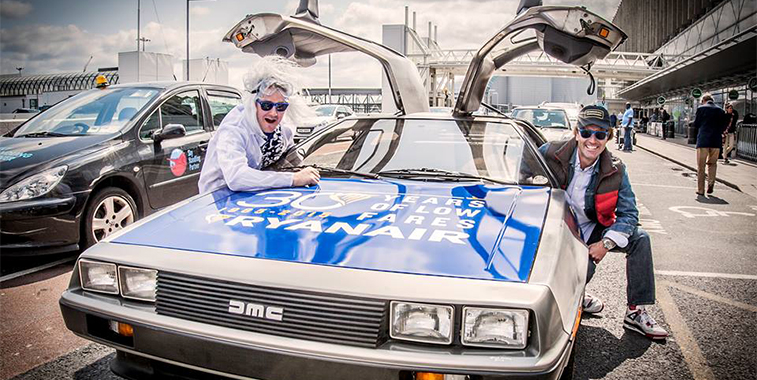 On 8 July, Ryanair celebrated turning 30 years old. In celebration, Ryanair’s CMO, Kenny Jacobs, and Head of Communications, Robin Kiely, went back to the future by bringing a Delorean to Dublin Airport’s Terminal 1. The airline’s first commercial service took off on the 8 July 1985, routing from Waterford in south-east Ireland to London Gatwick with a 15-seat Bandeirante aircraft. Now the carrier operates a modern fleet of over 300 737-800s, operating over 1,600 routes across Europe and North Africa. Recently Ryanair announced its first ever services to Israel, taking the total number of countries the airline serves to 31. 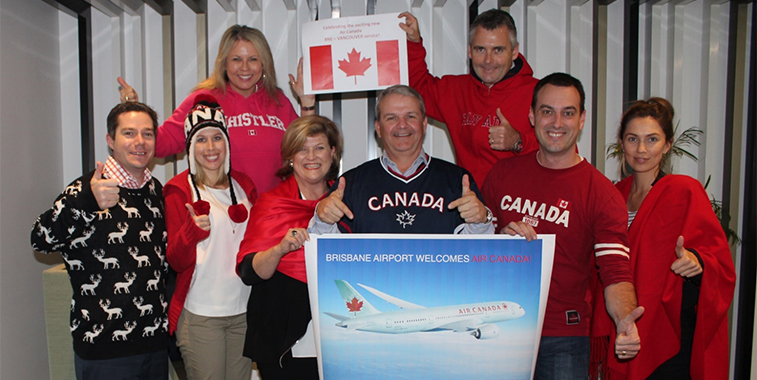 On 8 July, Air Canada announced that it would commence a new year-round service from Vancouver to Brisbane. Flights will commence on 17 June 2016, initially operating thrice-weekly using the Star Alliance member’s 787-8s. Currently Canada’s national carrier serves Sydney, making Brisbane its second destination in Australia. Julieanne Alroe, Brisbane Airport CEO & MD, commented about the announcement by saying: “Attracting international airlines to new destinations is hugely competitive and the airport is thrilled to welcome Air Canada. We’ve been in negotiations for the past two years, working in partnership with Air Canada, Vancouver Airport, Tourism and Events Queensland, and Tourism Australia.” On 11 July, Eastern Airways held its second annual Aviation Cup in Derby, near to East Midlands Airport. The five-a-side football competition was open to companies from across the aviation industry. Rolls-Royce were crowned this year’s champions, resulting in Jet2holidays not being able to retain the title from 2014. DHL were the runners-up, while KLM UK Engineering finished third. Some teams taking part in the tournament included Aer Lingus, Flybe, and Qatar Airways, and route development companies such as RDC Aviation and Routes. 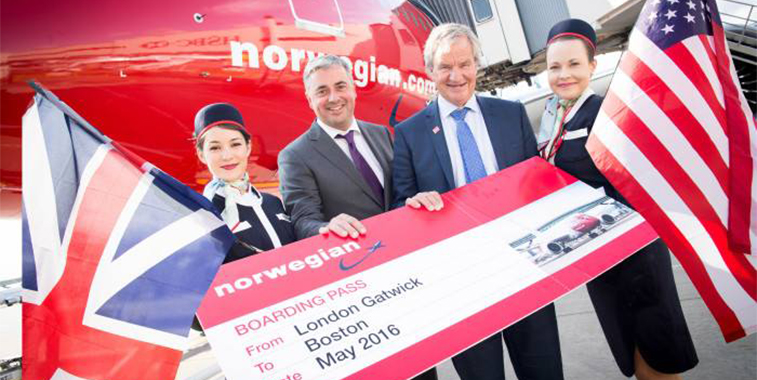 On 9 July, Norwegian announced that from May 2016 it would commence a new service from London Gatwick to Boston. Norwegian CEO, Bjørn Kjos, and Gatwick Airport CEO, Stewart Wingate, celebrated the news by posing next to one of the airline’s 787-8s at Gatwick along with crew members, Riikka Tikkanen and Olga Jimenez. The airline currently flies long-haul services from the London airport to Fort Lauderdale, Los Angeles, New York JFK, and Orlando in the US. On 1 November, the carrier will also launch long-haul services to San Juan from the airport. 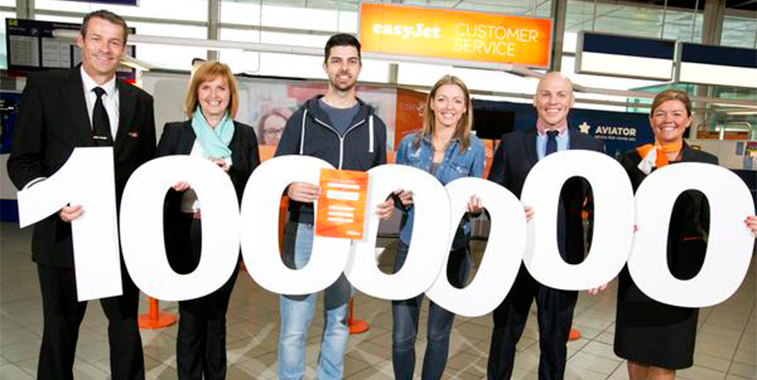 On 8 July, easyJet celebrated the milestone of passing one million passengers on its route from Newcastle to Barcelona. Flights began just over 12 years ago. Ali Gayward, easyJet’s UK Commercial Manager, said:“We’re really excited to be celebrating one million passengers flying between Newcastle and Barcelona. Congratulations to our millionth passenger Michael Shipley and his fiancée Katherine, who were both given some free flights by easyJet to celebrate this milestone.” 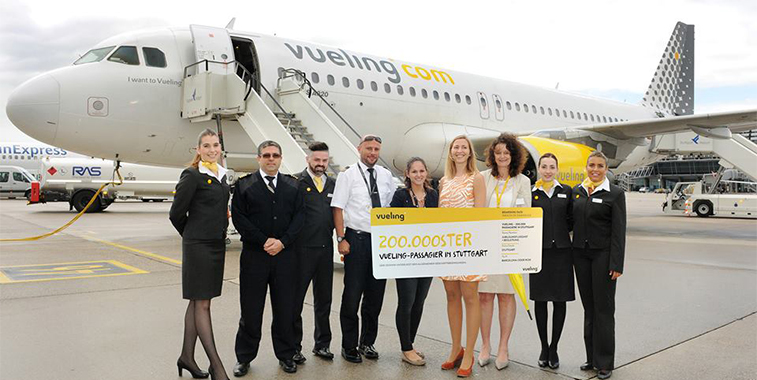 On 26 June, Vueling celebrated the milestone of passing 200,000 passengers at Stuttgart Airport. The carrier current operates a daily service to Barcelona, and a four times weekly service to Rome Fiumicino from the German city.