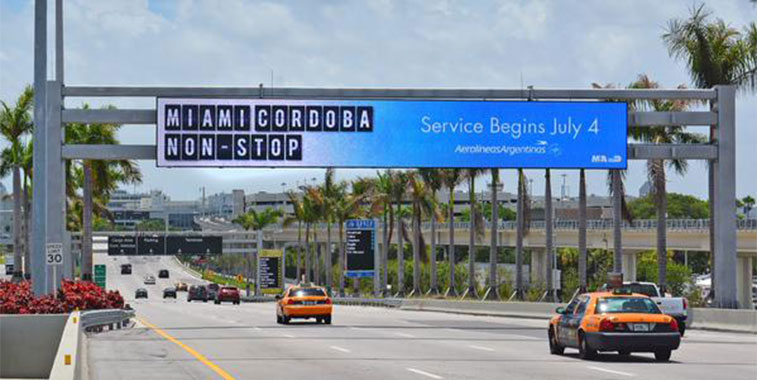 The latest route launch by Aerolineas Argentinas was on 4 July from Cordoba to Miami. The route is currently the only international route for the airline out of Argentina’s second city. The airline also operates services

Argentina is South America’s third largest country after Brazil and Columbia in relation to population, with a total of approximately 43 million people. The national flag carrier for the nation is Aerolineas Argentinas. Founded on 7 December 1950, the airline has two core hubs, both situated in the capital of Buenos Aires. Ezeiza Airport is the hub for international and long-haul services, while Buenos Aires Aeroparque’s operation is concentrated around domestic services, although the airline does have a few short-haul international routes to fellow neighbouring countries from the airport. 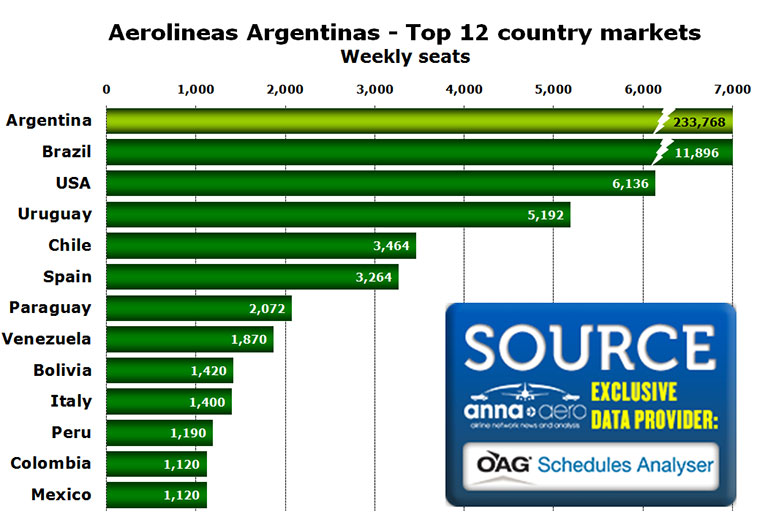 For 2015, Aerolineas Argentinas is recording an overall increase in seat capacity of just under 14% compared to the same period last year, with the fastest growing country market being Mexico, up 54%. The domestic market dominates the airline’s top 12, accounting for 85% of overall seat capacity. Incidentally, the domestic market (highlighted in light green) for the carrier has grown 15% in the past 12 months, while no new country markets have been added to the route network. Other countries showing a rise in capacity are Venezuela (45%), Peru (13%) and the US (9.4%). The largest declining market was Chile (-15%), followed by Spain and Italy (both -11%), the only European countries Aerolineas Argentinas serves. However, despite the variation in rises and declines in seat capacity, Venezuela is the only country to climb up the top 12 to eighth. All countries above eighth stayed in the same position, while others dropped one place as a result of Venezuela’s growth. 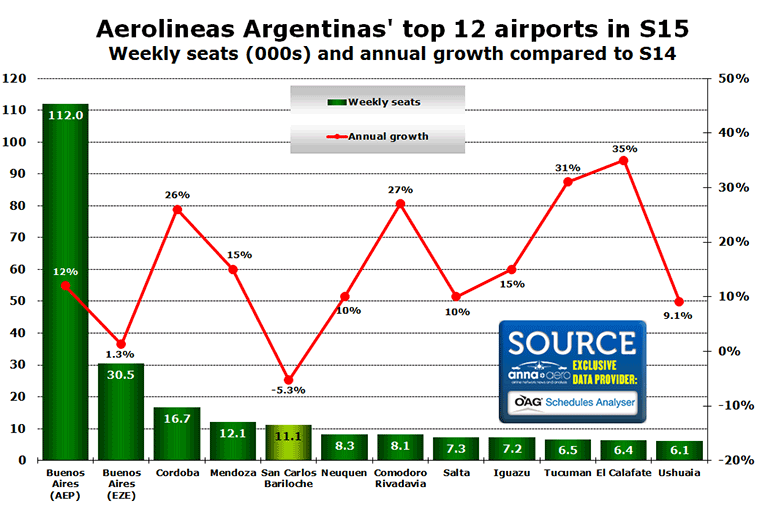 Of Aerolineas Argentinas’ top 12 airports (all in Argentina), only San Carlos Bariloche (highlighted in light green) showed a decline in seat capacity when compared with 2014 (-5.3%). The average growth of the airline’s top 12 airports is 16%, with El Calafate reporting the biggest rise (35%). For airports outside of South America, Miami’s seat capacity increased 13%, a result of the recently launched service to Cordoba, while New York JFK’s seat availability remained on a par to its 2014 level. Miami is also the top route in relation to weekly ASKs, reporting just over 30 million for the w/c 10 August, a rise of 12% on last year’s figures. Services to Europe however are at the opposite end of the spectrum when compared to those of the US, with Barcelona (-20%), Madrid (-5.2%), and Rome Fiumicino (-11%) all reporting declines in seat capacity, and a total combined loss of 5.7 million weekly ASKs to Argentina’s capital. 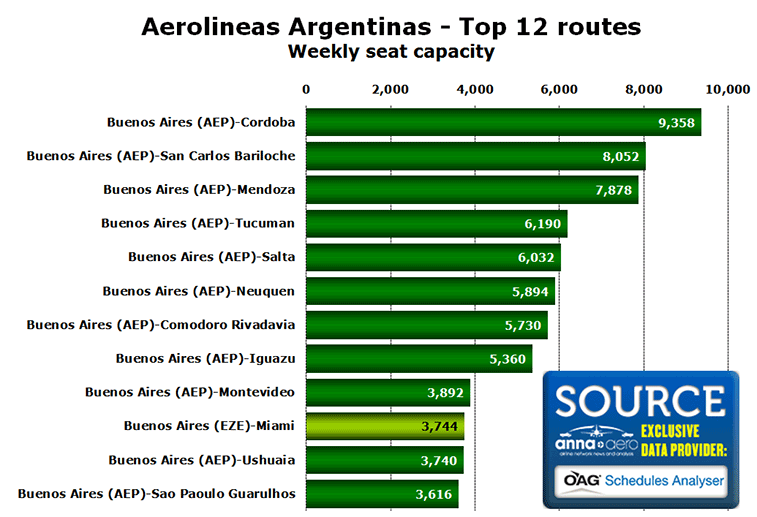 Only one long-haul route in top 12

After reporting that Miami has the largest ASKs of all of Argentinas Aerolineas’ routes, it’s of no surprise to see it appearing in the top 12 routes for seat capacity (highlighted in light green). The only other international route making the airline’s top 12 is the sector from Buenos Aires Aeroparque to Sao Paulo Guarulhos. In total the airline will serve 58 airports this summer, up from the 57 served last summer. The new addition to the airline’s network is Salvador in Brazil.