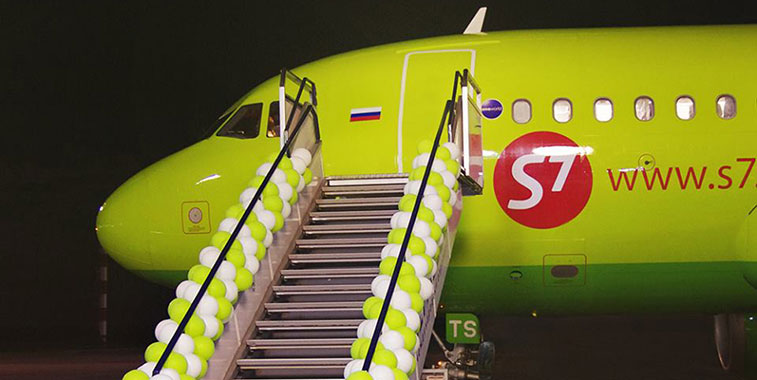 On 29 May, S7 Airlines started a daily domestic service from Moscow Domodedovo to Nizhnekamsk. This summer, the oneworld carrier is the biggest airline (in terms of weekly seats) at the second busiest airport in Russia (based on 2015 figures), and will serve 77 non-stop destinations.

S7 Airlines is Moscow Domodedovo’s biggest airline and Moscow Domodedovo is the oneworld carrier’s most important airport in terms of weekly seats – being over six times larger than its #2 operation at Novosibirsk. This summer it will serve 77 destinations non-stop from Russia’s second biggest airport (based on 2015 figures so far), 40 of which are domestic services. S7 has been the airport’s biggest airline for some time, accounting for 36% of weekly flights, 34% of weekly seats and 29% of ASKs in S15. Based on the same metrics, #2 carrier at Domodedovo Transaero Airlines, commands 14% of weekly flights, 18% of weekly seats and 22% of ASKs. Ural Airlines is the only other carrier at the airport with more than 10% of weekly departing seats, having a 13% share of capacity. 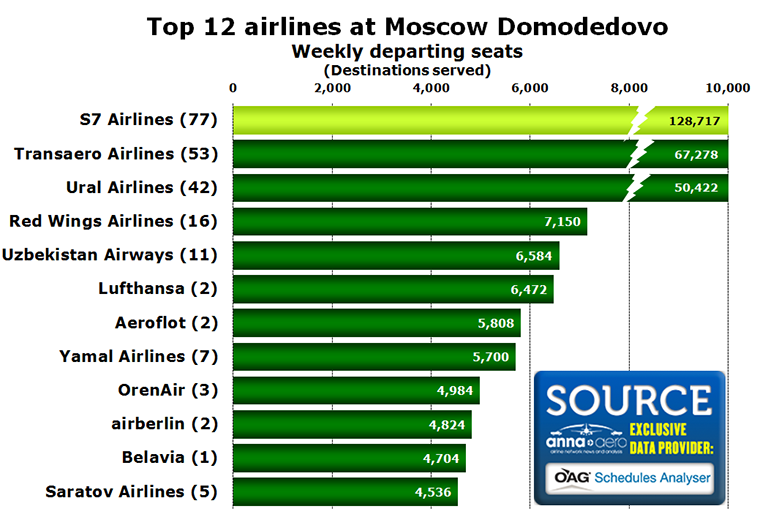 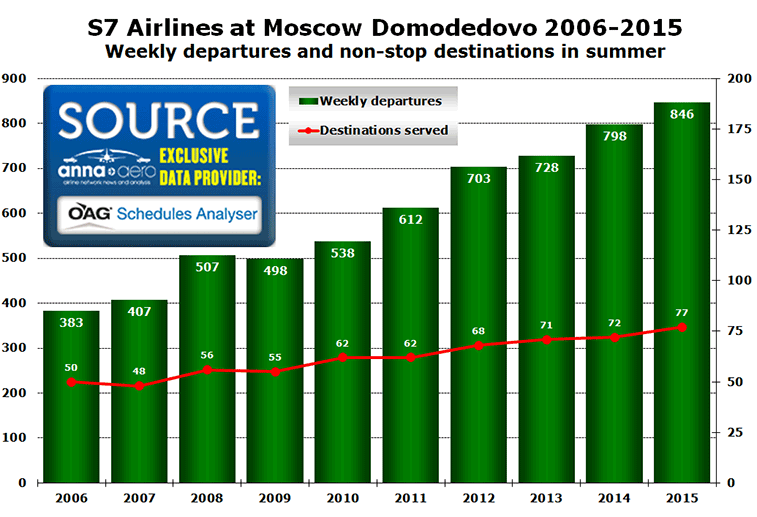 The average weekly frequency for S7’s routes at Domodedovo has been rising steadily since 2006, increasing from 7.66 flights per week to 10.99 in 2015. However, it was in 2014 when this figure peaked, when 11.08 flights per week were operated across the airline’s 72-destination network at the airport. In terms of potential network development, the airline will add twice-weekly operations to Salzburg in Austria on 26 December, the only new route announced so far for the remainder of 2015 or S16 from its Moscow hub.

Irkutsk in command when it comes to ASKs

Six destinations are flown from the airport with at least four daily flights, led by St Petersburg, which currently offers just less than eight daily sectors (54 weekly flights) in July 2015. However it is the 4,222-kilometre domestic sector to Irkutsk, one of the largest cities in Siberia, which is S7’s most significant route in terms of ASKs. Nine of the top 12 routes are flown with more than a daily service, with only Yakutsk, Ulan-Ude and Chita all flown on just a daily basis. Despite nearly half of the airline’s Domodedovo routes being international, only three of the top 12 routes by ASKs are outside of Russia (highlighted in light green). 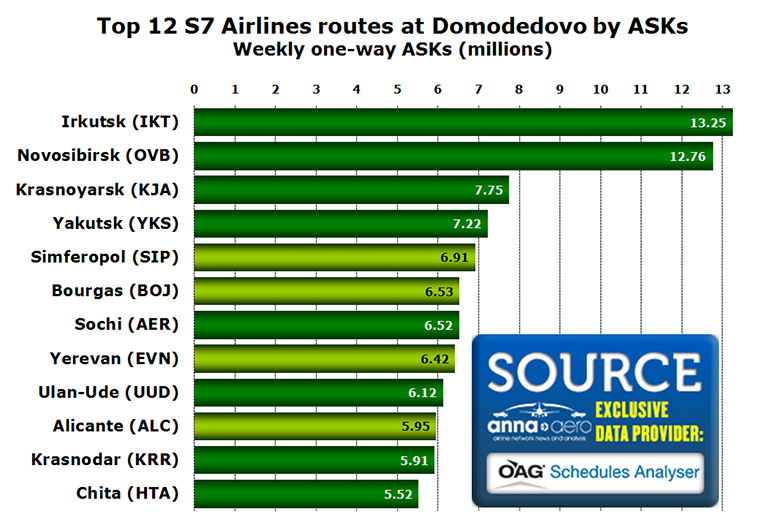