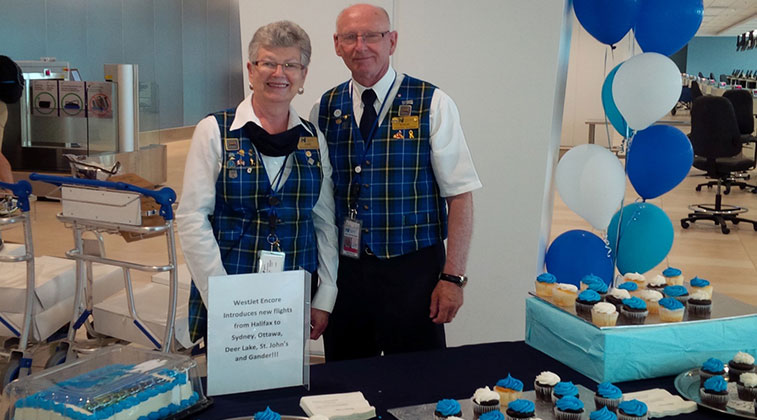 On 15 July, WestJet Encore established a base at Halifax Airport. The carrier will operate new services to Deer Lake, Gander, and Sydney (Nova Scotia) airports. The regional airline will also operate to Ottawa and St. Johns alongside parent company WestJet. Volunteers at Halifax greeted the first passengers by handing out cupcakes at check-in. On 15 July, WestJet Encore launched services from Ottawa to Moncton in New Brunswick. Flights on the 855-kilometre sector will operate daily using Q400s. Passengers on the inaugural flight were greeted with live music and a buffet before boarding for Ottawa. The airport pair faces direct competition from Air Canada and Porter Airlines according to OAG Schedules Analyser data.