Mexico’s aviation market continues to show signs of growing maturity. Since our last look at the market earlier in the year domestic and international passengers have grown steadily. Domestic demand is up almost 12% in the first five months of 2015, while international traffic is up just over 8%. The 17% increase in domestic traffic in March was the first time domestic passenger numbers have grown by more than 15% in a month since September 2011. 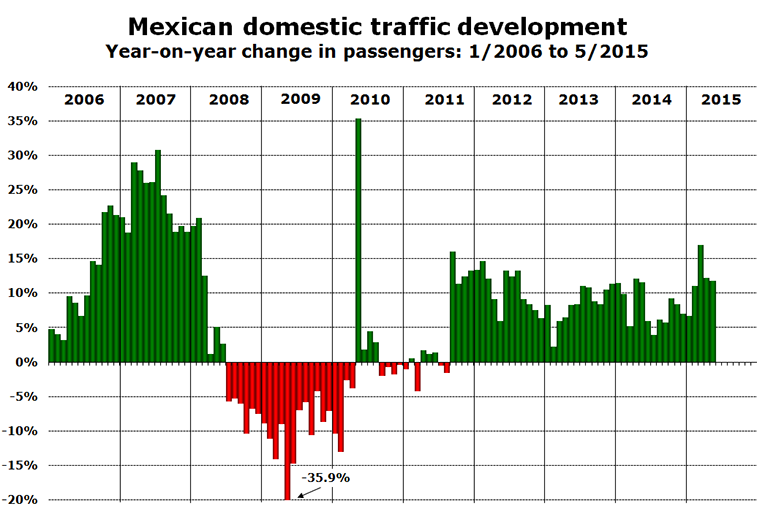 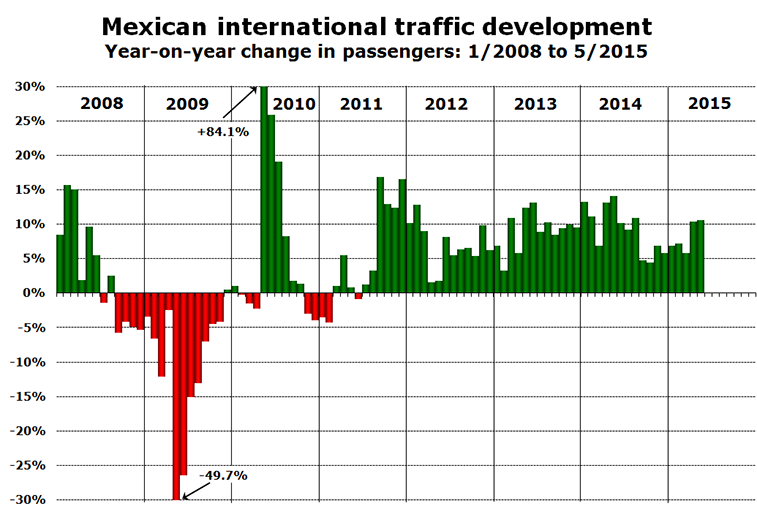 Since the beginning of 2015, Aeromexico has added a number of new international routes from Mexico City to Medellin in Colombia (2 March), Ontario and Sacramento in California (both in early April), Toronto Pearson in Canada (4 May), Panama City (14 May) and Boston (1 June), as well as from Monterrey to Miami (26 March).

The battle to be the leading carrier in the Mexican domestic market continues to be a closely-fought contest between two LCCs, Interjet and Volaris. The lead swopped several times in 2014 and after leading in December 2014 and January 2015, Volaris has been overtaken by Interjet since February. The Aeromexico group of airlines has had a combined share of between 34% and 38% during the first five months of 2015, but this is currently split between Aeromexico Connect and Aeromexico. The LCC share of the domestic market (Interjet, VivaAerobus and Volaris) continues to hover around the 60% mark. 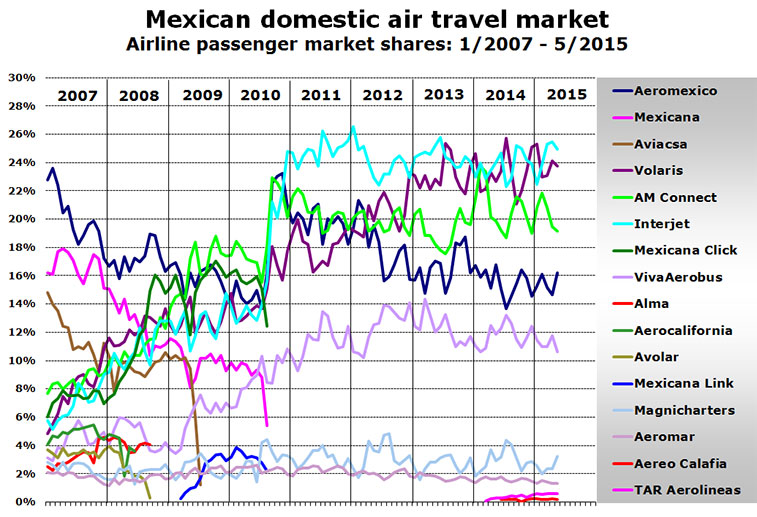