Spirit Airlines reports passenger growth of 23% in H1; network grows from 133 to 170 routes, but Cleveland is only new airport 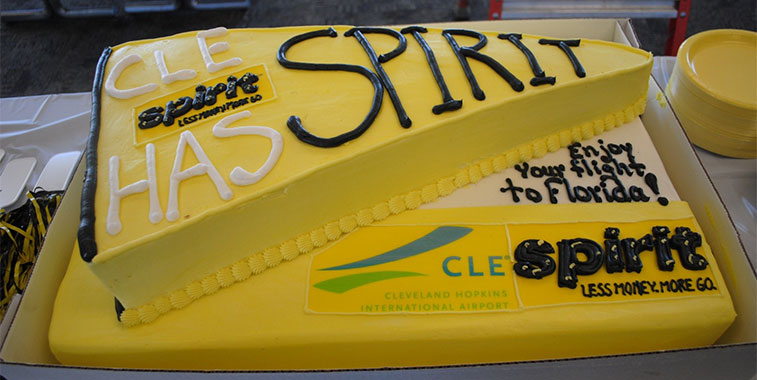 Despite increasing passenger numbers by 23% in the first six months of 2015, and increasing its summer network from 133 to 170 routes, the only new destination in Spirit Airlines’ network in 2015 is Cleveland Hopkins International Airport. A total of 10 routes were launched from the Ohio airport between January and May: to Fort Lauderdale, Orlando, Southwest Florida and Tampa in Florida; Atlanta in Georgia; Boston in Massachusetts; Los Angeles in California; Las Vegas in Nevada; Myrtle Beach in South Carolina and Dallas/Fort Worth in Texas.

Spirit Airlines is the eighth biggest carrier in the US domestic market with around 2% of seat capacity. Bigger than Frontier Airlines, but only around half the size of JetBlue Airways, it has increased its route network from 133 routes last summer to 170 this summer. A total of 39 new routes were started, while just two were terminated (San Diego-Portland and Chicago O’Hare-Kansas City). However, the number of airports served has increased by only one from 55 to 56, with no airports dropped and Cleveland being the only airport to welcome Spirit flights for the first time in the last 12 months.

The number of flights offered by the ULCC this summer is up just over 27%, making it the fastest-growing airline among the bigger US carriers. Among the airline’s top 15 airports, three have seen no changes in the number of flights, while three more have grown by less than 10%. Spirit has doubled its presence at Atlanta from 49 weekly departing flights (seven per day) to 98 (14 per day). However, the fastest-growing airport for Spirit is Houston Intercontinental, where the airline has increased its operations from 66 weekly departing flights to 147 per week (21 per day). 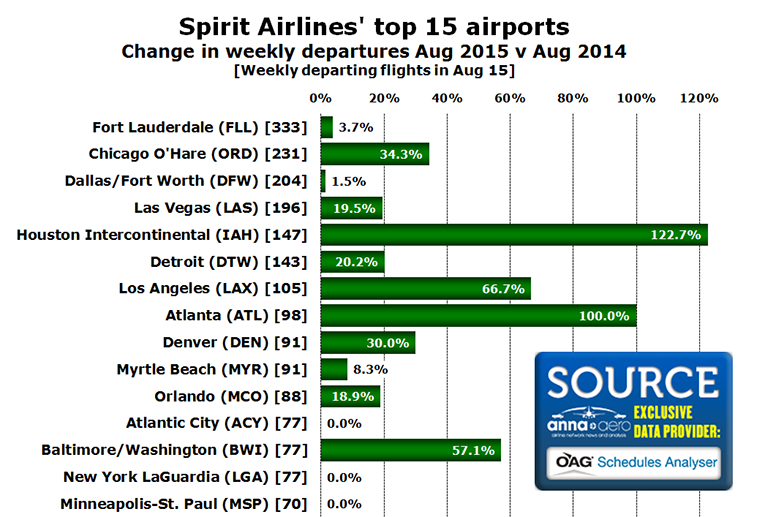 The airline’s busiest base at Fort Lauderdale in Florida is also the one at which it offers the most destinations, 45 in all, up from 43 last summer (Cleveland and Houston Intercontinental are the additions). The average weekly frequency across all routes has fallen only slightly from 7.79 in August 2014 to 7.75 in August 2015. This reflects the fact that the vast majority of the new routes launched (33 out of 39) have been started with daily flights.

Only one route served with at least four daily flights

In the first six months of 2015, the airline has reported a 24.3% increase in passenger flight segments (to 8.49 million) on a 27.6% increase in ASMs (Available Seat Miles). With the average stage length falling by 0.6% to 982 miles (1,571 kilometres) the average load factor between January and June has fallen year-on-year by 1.7 percentage points, albeit to a still impressively high 85.5%.

Looking ahead, the airline has plans to launch at least four new routes before the end of the year. These are: 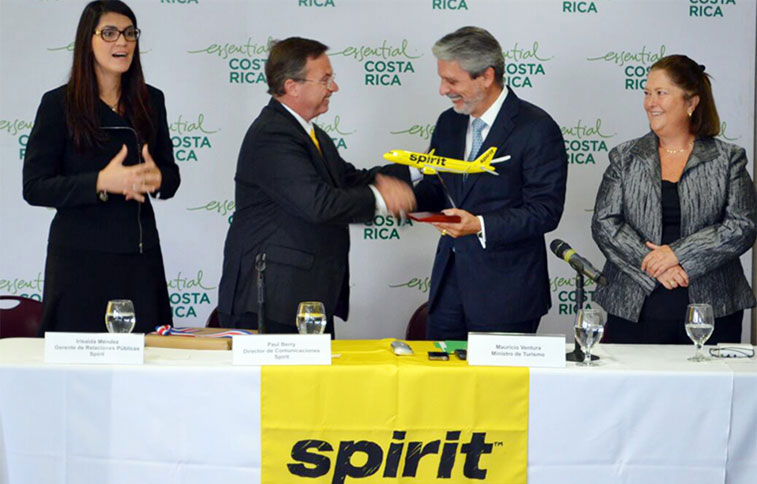 At the end of May Spirit Airlines launched four new international routes from Houston Intercontinental Airport, its fastest-growing major base. Here, Paul Berry, Spirit Airlines’ Director of Communications presents Costa Rica’s Tourism Minister, Mauricio Ventura Aragón, with a model plane to celebrate the launch of flights between the Texan airport and San Jose.