The fifth A320 to be based in Sofia has enabled Wizz Air to increase its network from 17 to 22 routes. Celebrations on 26 and 27 July included a soft cocktail party, while passengers were given branded eye shades and chocolates to remember their first flight. 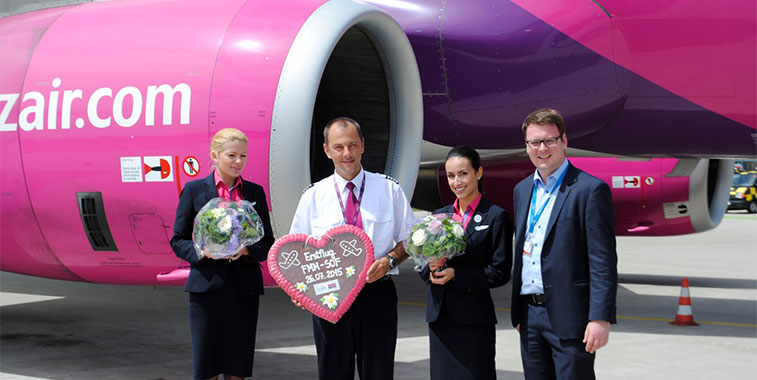 In Memmingen the arrival of Wizz Air’s first flight from Sofia on 26 July was celebrated with the traditional heart-shaped cake. This brings to seven the number of destinations served by Wizz Air from the southern German airport. 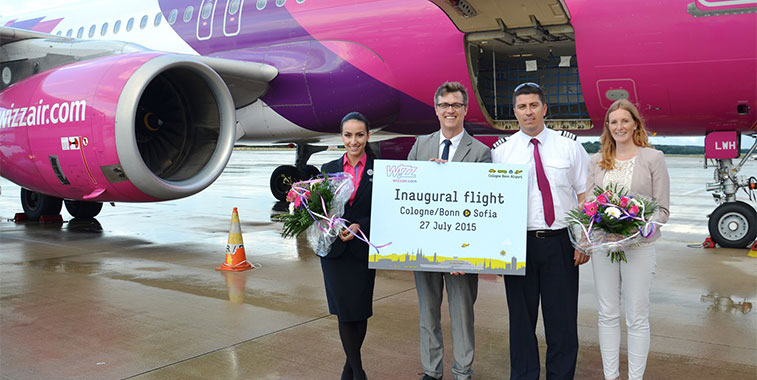 Geneva Airport on 27 July welcomed its third Wizz Air service with the introduction of twice-weekly flights to Sofia. Wizz Air already serves the Swiss airport from Bucharest and Cluj-Napoca.