SWISS roll in with a baker’s dozen to the Airbus-sponsored anna.aero-Budapest Airport Runway Run 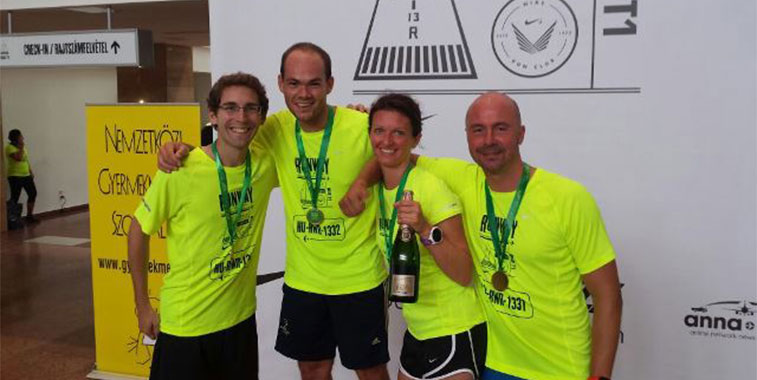 The SWISS team at last year’s anna.aero-Budapest Airport Runway Run; Marc Osswald, Specialist Control Route Profitability; Thijs De Schryver, Aircraft Systems Manager; Aino Bolliger, Assistant to Head of Operation Steering; and Tom Mutschmann, Aircraft Warranty Manager. The team took Switzerland’s national carrier to a respectable fourth overall place and will be returning this year with a further nine runners in the race for the title of “The Fastest Airline in the World”.

SWISS’ running team entered four runners in last year’s anna.aero-Budapest Airport Runway Run, taking Switzerland’s national carrier to a respectable fourth overall place. But being the “Fourth Fastest Airline in the World” isn’t nearly good enough, so they will be returning to Budapest Airport’s Runway this year with a 13-strong team, more than tripling their chances of winning the highly-contended Fastest Airline Golden Cake Trophy.

Another big Airbus customer, with five of their six aircraft types being members of the Airbus family, SWISS’ Team Captain, Aino Bolliger, is thrilled to increase this year’s numbers and support the must-be-at Airbus-sponsored aviation sporting event. Talking to anna.aero, Bolliger said: “We participate in several running events every year, and this has become our favourite. As an airline, running on a runway is something special, an occasion you have to experience.” 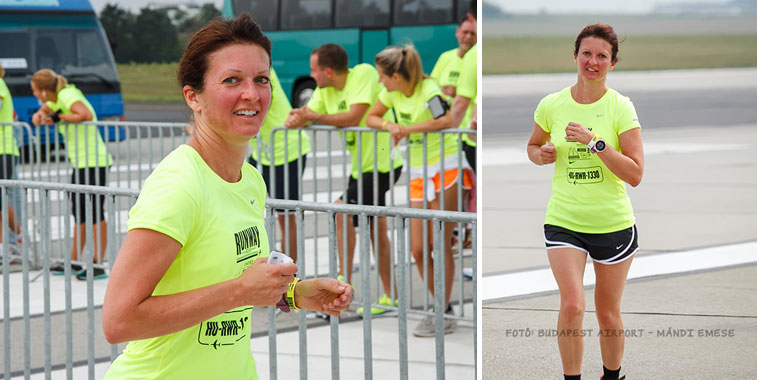 SWISS’ Team Captain, Aino Bolliger, is working the team hard to become “The Fastest Airline in the World” at the Airbus-sponsored must-be-at aviation sporting event: “Last year there were four of us, we had great fun! This year we are a team of 13 runners and we’re determined to be winners.”

All BUD Runway Run entry fees – just €50 – are entirely donated to international child cancer causes and a Hungarian charity assisting the inclusiveness of handicapped people in sports. Besides nine air transport industry trophies every finisher receives “The Bron’s Medal” named for Brontë “Bron” Hogan, the anna.aero publisher’s 12-year-old daughter, who passed away in 2011 after a five-year battle with leukaemia.

Budapest Airport will closes one of its two runways for four hours so runners drawn from airlines, airports and enterprises across the aviation community can once again compete for a series of anna.aero-Budapest Airport “Golden Cake Trophies”, including the key team prize of the “The Fastest Airline in the World.” There are two race distances – 10km (four runway lengths) and 5km. Runners can take part on an individual basis, or form teams of three or more (only the fastest three runners’ times count towards the team times). 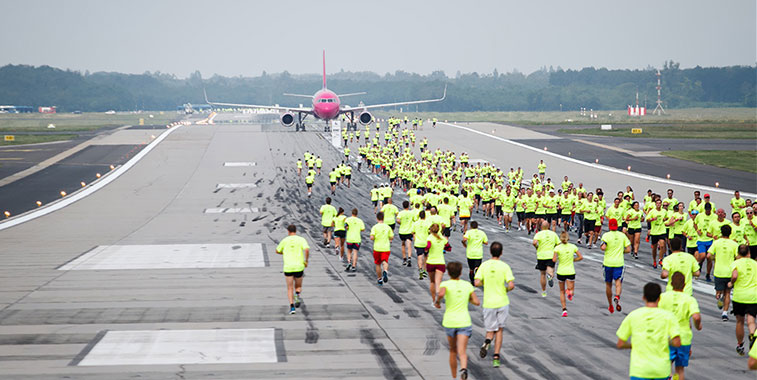