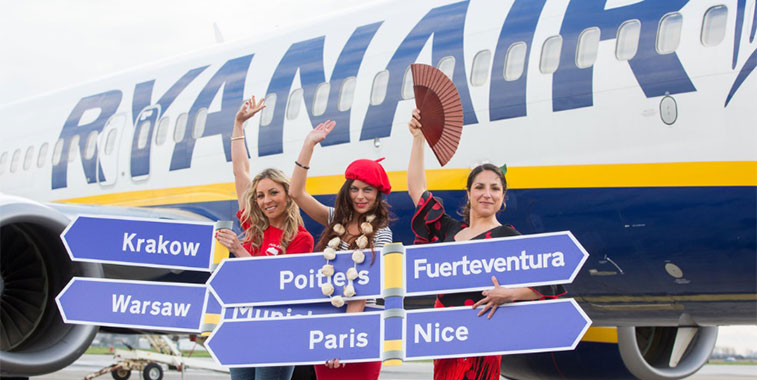 The launch last summer of a raft of new routes by Ryanair from Shannon helped total Irish airport traffic to record year-on-year monthly growth in excess of 6% every month since May 2014.

With many airports across Europe having now revealed their traffic figures for June, we can assess which countries have done well (and not so well) in terms of passenger demand for flights to and from each country. This week anna.aero looks at 10 of the biggest country markets across Europe for air travel to see how monthly demand has compared year-on-year for the last 30 months.

For most of last year, a majority of countries were reporting year-on-year growth of between 0% and 6% with a few notable exceptions, such as France in September, which was severely impacted by industrial action at Air France. Ireland’s peak and trough in March/April can be attributed to the re-timing of Easter from March to late April. 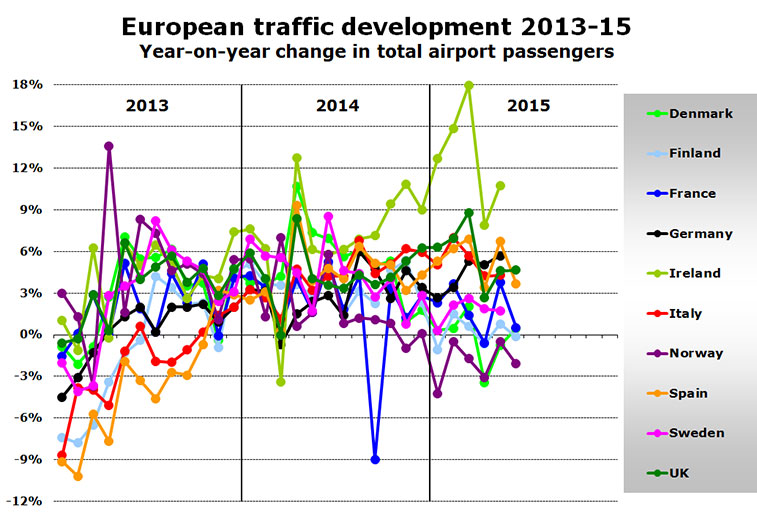 In the first half of this year there has been a bigger range of results. At the upper end this has been driven by strong growth in the Irish market and by improved growth in the UK in the first quarter of the year. March saw an uptick in performance for several countries with large leisure markets, as Easter was brought forward from late April to early April, encouraging more traffic right at the end of March.

At the other end of the scale Norway has seen year-on-year declines in passenger numbers every month this year, as a result of the fall in oil prices which has impacted the energy-focussed Norwegian economy. Denmark and Finland have both seen minimal growth this year, with Sweden performing only slightly better.

Looking at airport traffic data for a further basket of 10 major European aviation countries reveals some wider variations in performance during the last 18 months. Greece’s airports had a fantastic 2014 in terms of traffic growth, and this was carried forward into the first quarter of 2015. However, in the second quarter traffic growth has fallen, with June’s growth figure of less than 10% being the first time it has been in single digits since the first quarter of 2014. Turkey, another high-flying market, saw traffic growth of above 5% every month last year, but in 2015 both February and June saw demand increases of less than 5%. 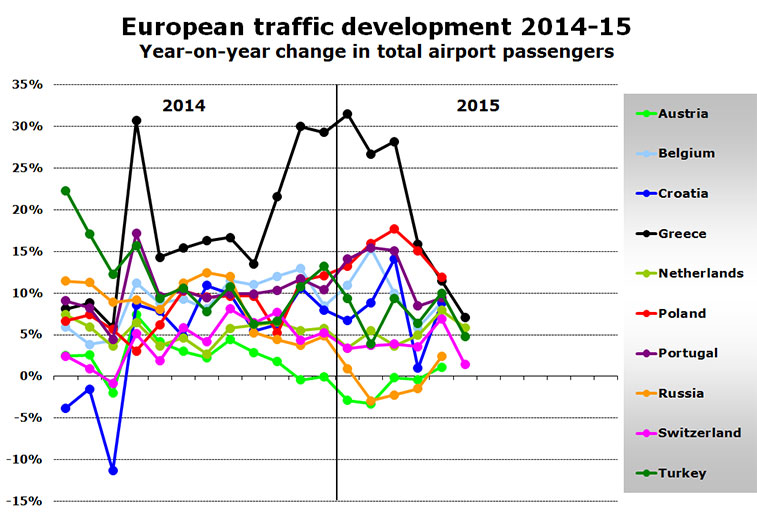 Polish airports appear to be having a good time. Between November 2014 and May 2015 passenger traffic has been up by more than 10% each month, and above 15% in February, March and April. The biggest change in fortunes has been seen in Russia, where a basket of six of the country’s busiest airports (including all of the top four airports), showed positive growth throughout 2014, but has experienced traffic falls in February, March and April of this year. 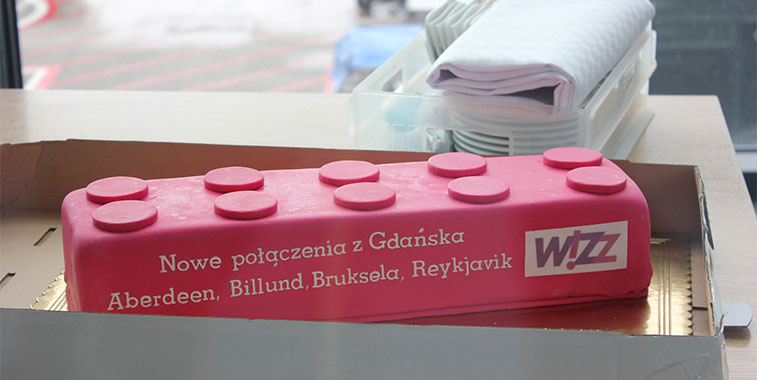 The recent launch of four new Wizz Air routes from Gdansk Airport to Aberdeen, Billund, Brussels and Reykjavik/Keflavik should help maintain the impressive growth seen at Poland’s airports at the beginning of 2015.