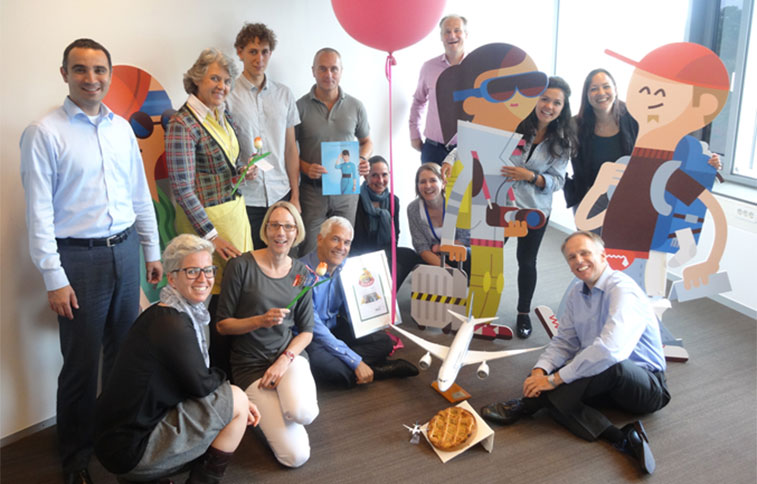 Amsterdam Airport received its Route of the Week certificate, awarded for the launch of Xiamen Airlines’ service from Xiamen on 26 July. Amongst the team celebrating the achievement is Amsterdam’s Director of Aviation Marketing, Wilco Sweijen (seen holding the certificate), who made it possible for anna.aero to cover the event live from the airport last week. 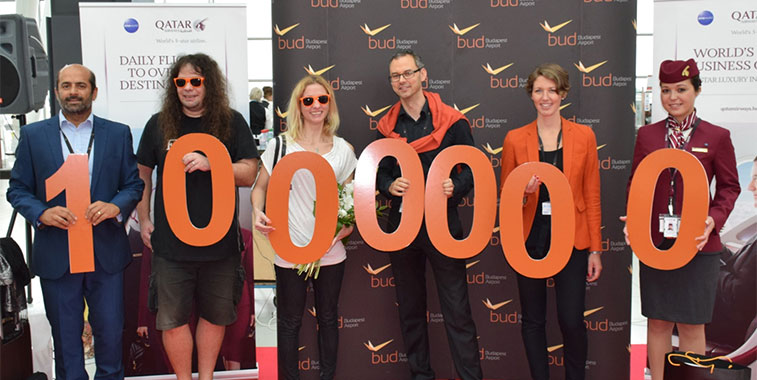 On 30 July, Budapest Airport celebrated the landmark of one million passengers travelling through its terminal in July, the busiest month in the history of the Hungarian gateway. Marking the elusive milestone with the lucky one millionth passengers (in the orange sunglasses), and Qatar Airways crew member are: Budapest Airport’s Executive Director Aviation, Kam Jandu; Head of Airline Development, Balázs Bogáts; and Airline Development Manager, Eszter Almási. 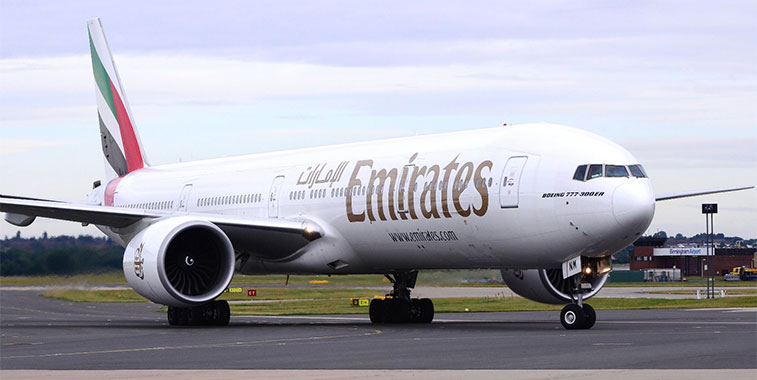 Birmingham Airport welcomed the arrival of Emirates’ inaugural third-daily service from Dubai. EK41 is seen here on arrival in Birmingham on 1 August. Commenting on the launch, Laurie Berryman, UK VP Emirates, said: “Birmingham is an important international business hub, and the wider Midlands region is a leading tourist destination. Increasing our capacity in Birmingham will improve the city’s global connectivity and give customers across our network and in the Midlands greater flexibility in their travel plans.” On 22 July, Ellinair launched services from Thessaloniki to Moscow Sheremetyevo. Flights will operate twice-weekly on Wednesdays and Sundays using the carrier’s sole A319. On hand to officially open the route with a ribbon cutting ceremony were: Mikhail Karpov, Mouzenidis Travel’s Aviation Operations Director; and Alexander Nikonov, Head of Foreign Airlines Division at Moscow Sheremetyevo Airport. All passengers on the inaugural flight were welcomed at the gate with a slice of traditional route launch cake. On 2 August, Emirates celebrated its fifth anniversary at Madrid Airport by launching A380 operations on its daily service. Flights from Dubai have been upgraded from the carrier’s 777-300s. On 30 July, easyJet celebrated passing 80 million passengers from its base at London Luton. The 80 millionth passengers, Jack Jessee and Kaitlyn Potter, who were travelling to Amsterdam, were presented with a pair of return flights to a destination of their choice. easyJet’s first operations took off from Luton in 1995, with two initial routes to Edinburgh and Glasgow. Commenting on the milestone, Neil Slaven, easyJet’s UK Commercial Manager said: “I am really excited to be at the airport to reward our 80 millionth passengers with a pair of flights to any destination on easyJet’s network. I can’t think of a better way to celebrate.” On 29 July, Riga Airport celebrated passing 50 million passengers since its first operations began. The lucky 50 millionth passenger was Monta Skābarniece, who arrived from Munich with her daughter Emīlija on airBaltic. On hand to celebrate the milestone were: Martin Gauss, airBaltic CEO; Andris Liepins, Chairman of the Board at Riga Airport; Anrijs Matiss, Latvia’s Minister for Transport; and Giray Colpan, TAV Latvia Country Manager. On 30 July, Ryanair celebrated the milestone of passing 40 million passengers from Poland at Lodz Airport. The 40 millionth passenger, Trzyletni Kuba, was traveling with her family to East Midlands Airport when she was greeted with special goodies to celebrate the achievement.